Belgravia says 565 Quincy will be funky, aimed at young buyers 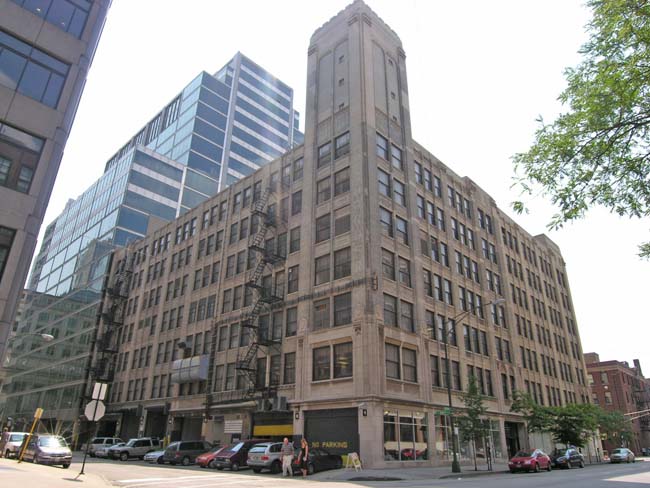 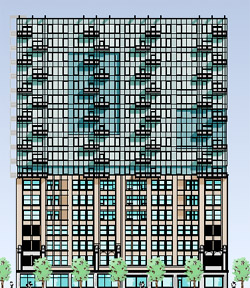 The men behind the new 565 Quincy project have told Yo that the building will have a “playful, perhaps even funky appearance” that should appeal to young homebuyers and “younger-thinking buyers” once 11 stories of glass and steel have been added to the top of the existing seven-story masonry building. More after jump. Architect David Haymes, he of Pappageorge / Haymes fame, told Dan Schuyler of New Homes magazine, that the shape of the addition “follows the grid of the original building,” but he added that the shape is the only similarity between the two elements.

“The new stucture is an asethetic counterpoint to the original building,” Haymes said in a story that will appear in the August edition of New Homes mag. “The glass and metal-paneled skin creates a stark architectural differential.” Haymes has done pastiche projects before, but this one is the most ambitious he has undertaken.
Buzz Ruttenberg, chairman of developer the Belgravia Group, called the project an “interesting architectural statement.”

Hmm. We’ll see. Perhaps they need to find a new artist to do their renderings.