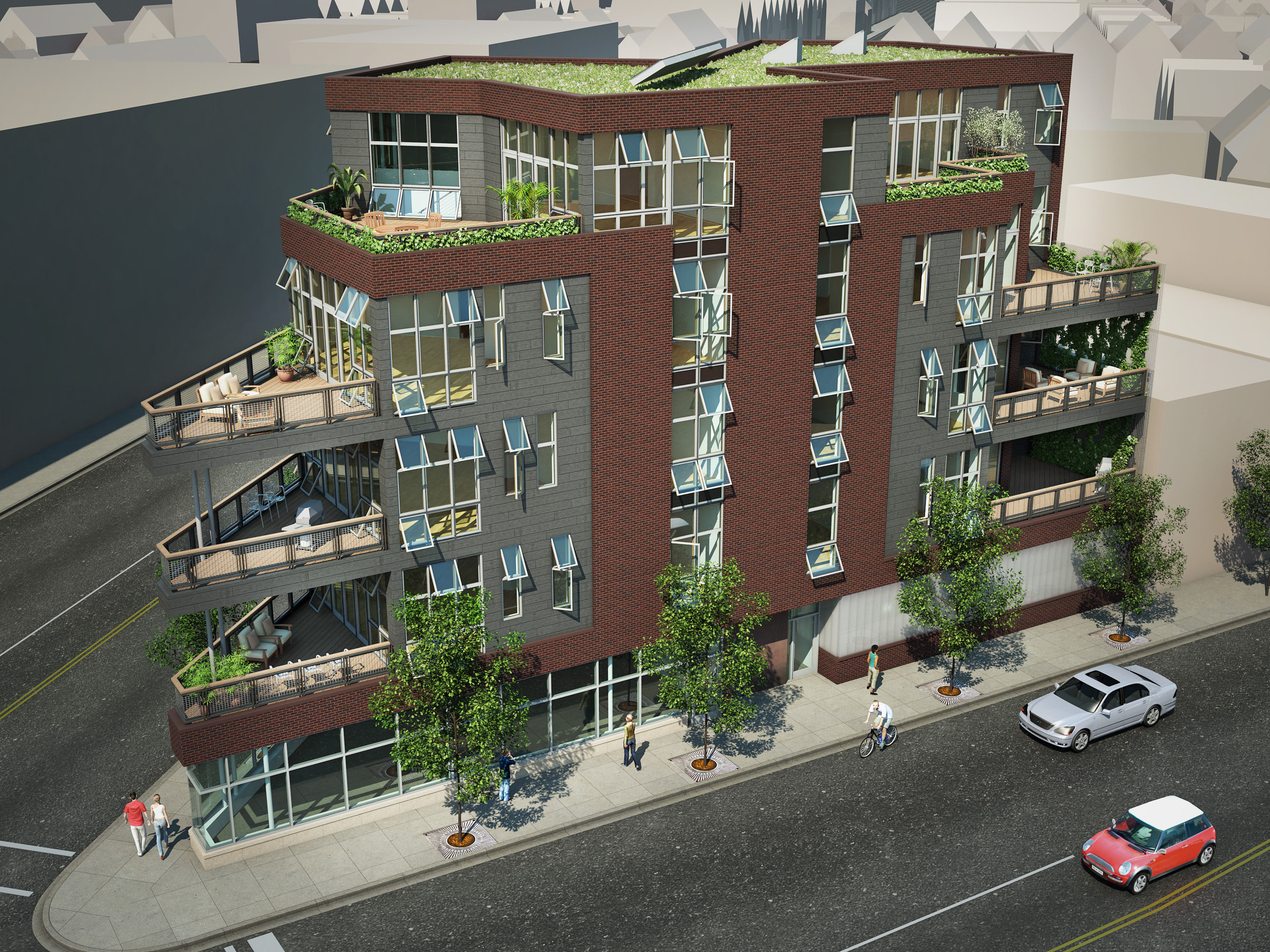 Is Helios Realty and Development catching Olympic fever? Hans Fedderke of Helios said this morning that 2800 Lincoln should meet enough LEED benchmarks (PDF) to qualify for Gold certification. The company told members of the South Lakeview Neighbors in February that it would pursue Silver status for the condominiums at 2800 N Lincoln Ave.

Developer Joe Magliochetti had hoped to break ground on the nine-unit building in May. May came and went without any signs of construction, as did June and July, but Fedderke believes work can begin at the site within the next 45 days, especially since Helios is about to lock up a contract for the building’s 1,200 square-foot, ground-floor retail space.

Six of the 2800 Lincoln’s nine condos are still for sale, just as I reported in April, but Helios has reduced all of their prices by about $30,000. The four available two-bedroom / two-bath units now start in the $490s, and the two three-bedroom / three-bath duplexes start in the $780s.

Those price adjustments surely are a result of Helios removing deeded parking from the purchase of its homes. Indoor parking spaces are now an additional $35,000, Fedderke says.

The first unit to sell, incidentally, was the terraced duplex at the tip of the wedge-shaped building, a unit Fedderke jokingly calls “the Titanic penthouse.” He’s not the only one who sees something ship-like about its design.

2800 Lincoln should be ready for first deliveries in the early summer of 2009.