The recently-opened 1717 Ridge apartments held its ceremonial grand opening last Wednesday, and drew a crowd despite the storm system that swept through the area that evening. Evanston Mayor Elizabeth Tisdahl keynoted the event. 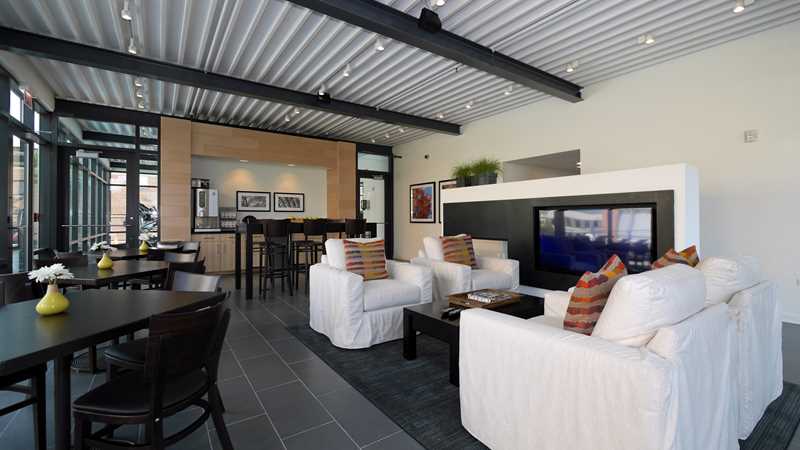 I attended the event and stopped by again on Friday, in better weather, to shoot some photos in preparation for a sponsored video tour of the property. Check back later this week for that tour.

The quality of the project and its strong design came as no surprise, given the track record of the developers, Focus Development and Atlantic Realty Partners, and the architects, Booth Hansen. 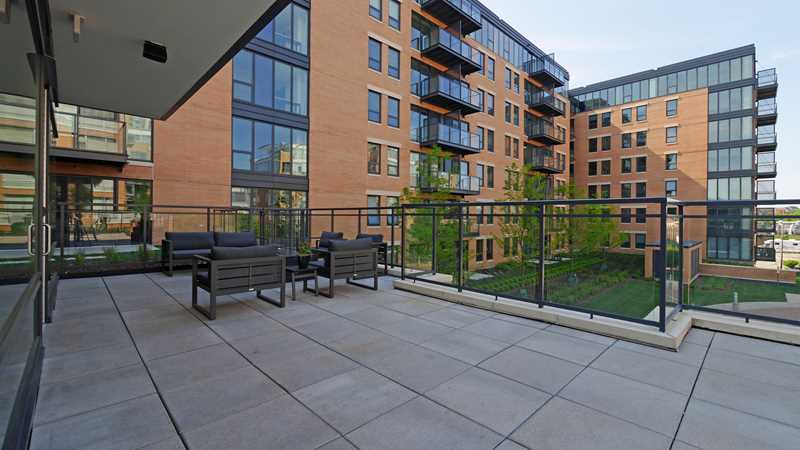 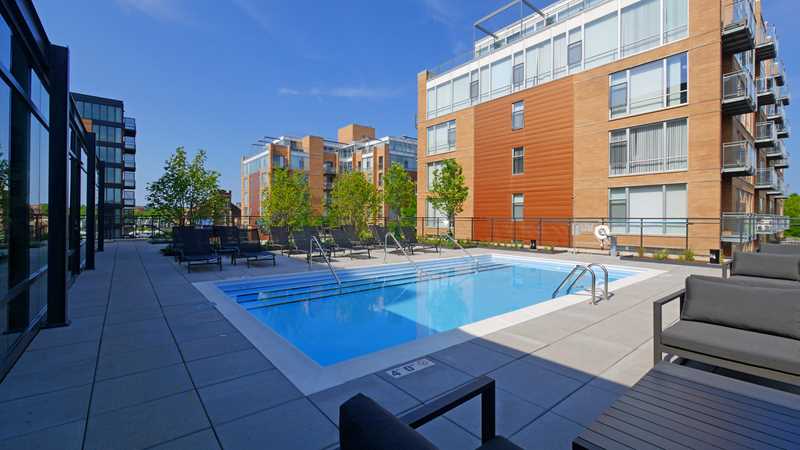 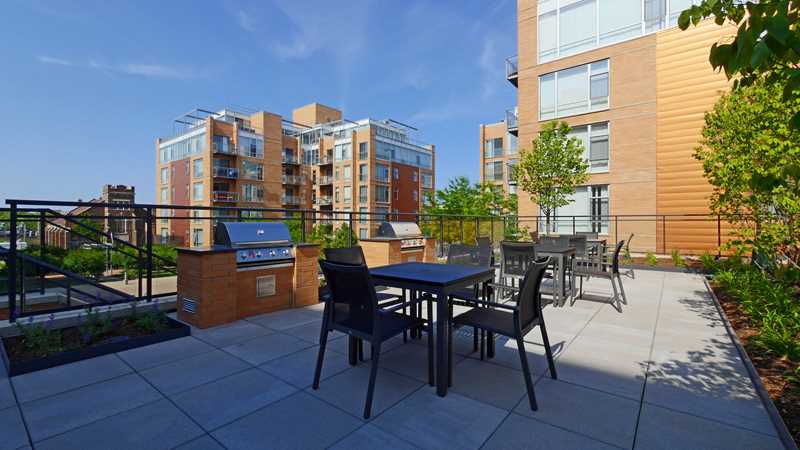 What was unexpected at the 8-story, 175-unit 1717 Ridge was an amenities package as extensive as you typically find in a development more than twice that size. You’ll see some of the amenities in the video, and in the above photos. The scope of the common area amenities and downtown location set 1717 apart from the other new Evanston developments. 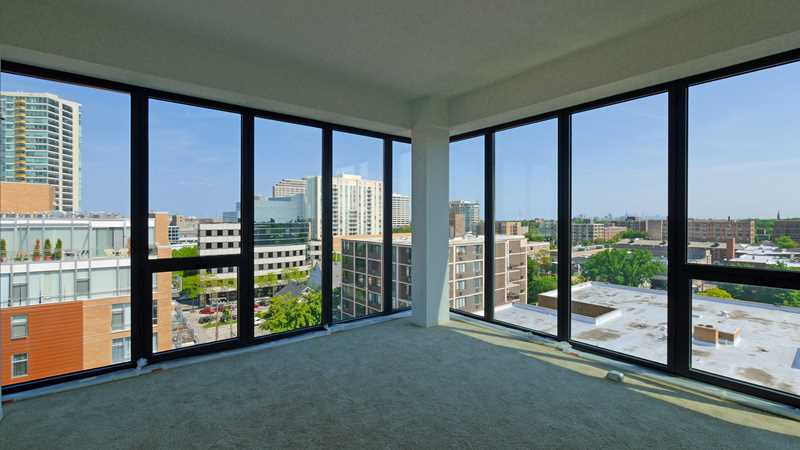 Penthouse-level units have floor-to-ceiling windows, and some have views of the Chicago skyline. 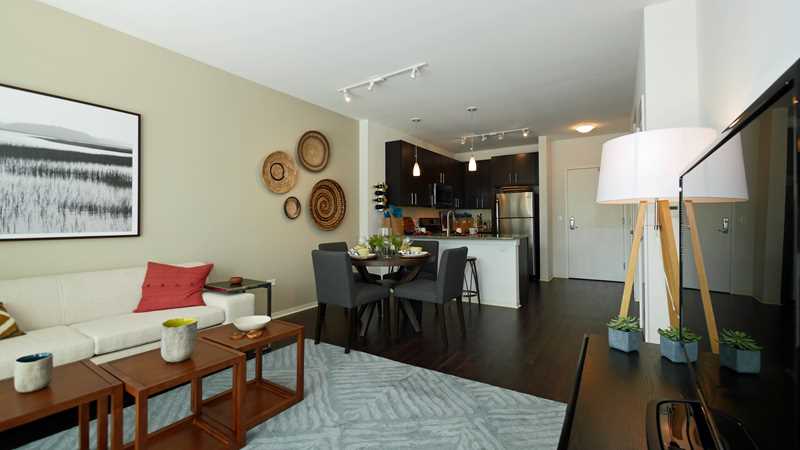 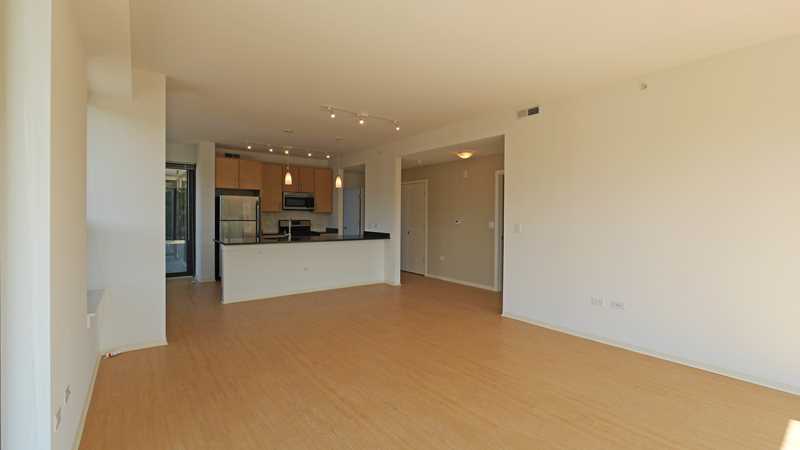 1717 Ridge has 21 different studio, one-, two- and three-bedroom floor plans, in both dark Espresso and light wheat finishes. Leasing activity was brisk at the time of my Friday visit.