A stolen porch in Humboldt Park 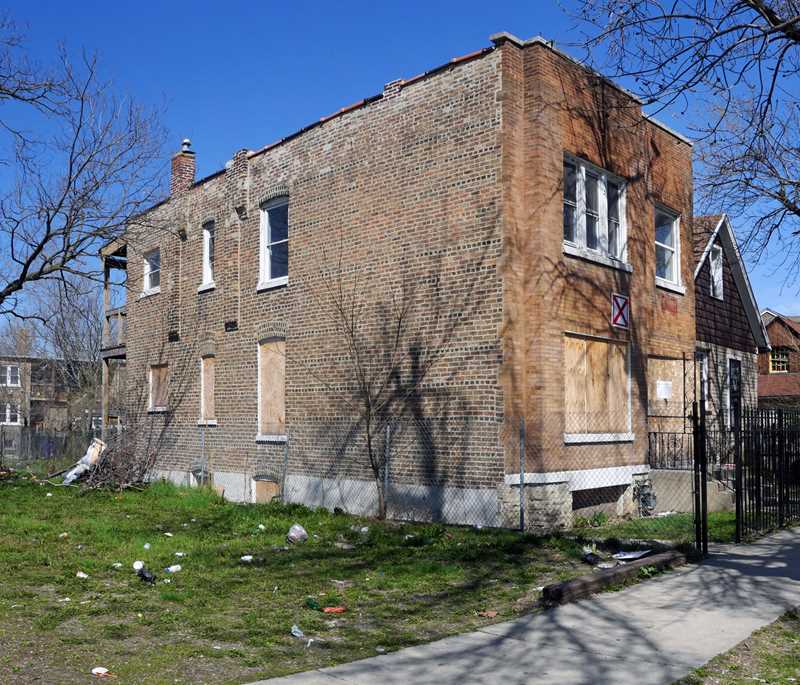 Our first stop was at a foreclosed home in Humboldt Park, just past three police cars parked in the middle of the block. There was a Police Observation Device a/k/a blue light camera on the corner. The northeast and northwest corner lots were vacant, a common sight in Humboldt Park, and often an indication that homes belonging to rival gangs had been burned out. Three young men were loitering outside the corner store across the street, also a common sight in the neighborhood. 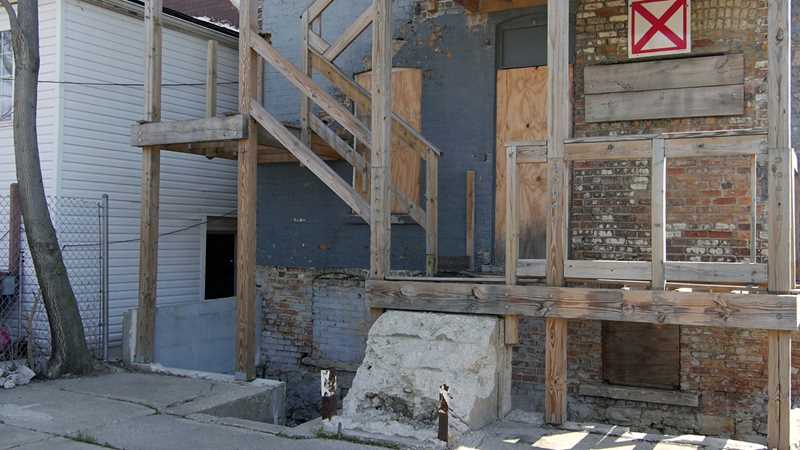 Michael Walsh and I have both spent a great deal of time in distressed neighborhoods, but had never encountered what we saw at the rear of the home: part of its back porch had been stolen.