An updated look at Optima Center and 435 North Park 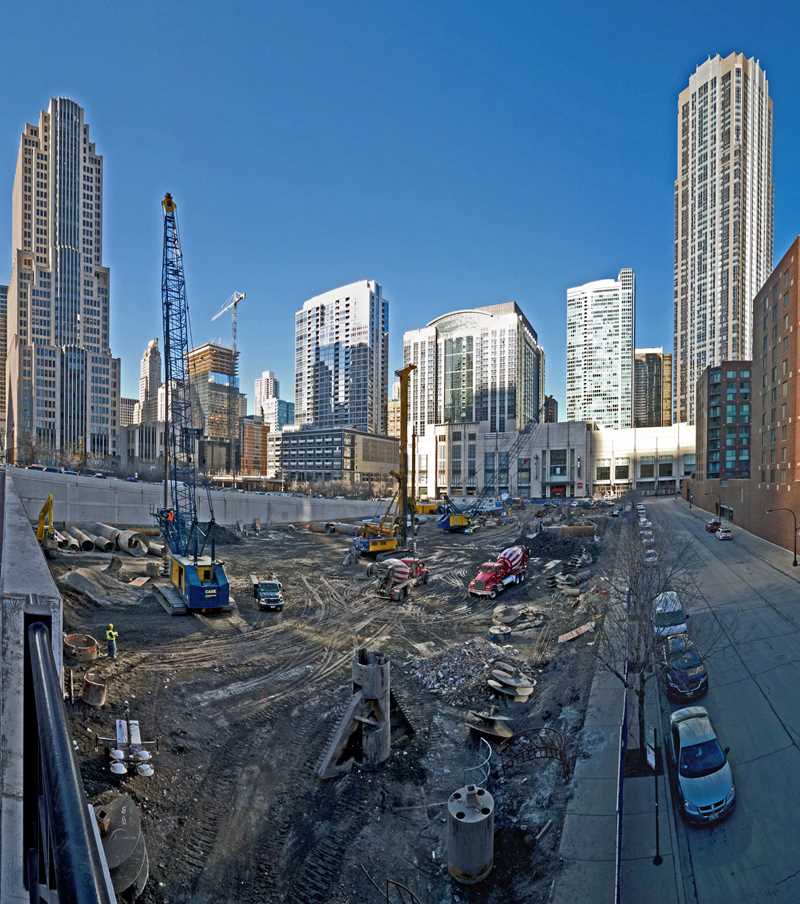 Early yesterday afternoon I visited Streeterville for a look at two major apartment projects underway in the neighborhood.

Drilling of the caissons for 435 North Park began two weeks ago, and is continuing. A line of concrete trucks was on the site yesterday, awaiting their turn to empty into the caissons. When complete the nearly 600-foot tall mixed-use development will include 398 apartments and about 400 hotel rooms. You can follow the progress of construction at SkyscraperPage.com.

The never-boring architecture critic Lynn Becker provides a brief look at the caisson boring process in the above video, and some night shots of activity at “the coolest construction site in the city.” 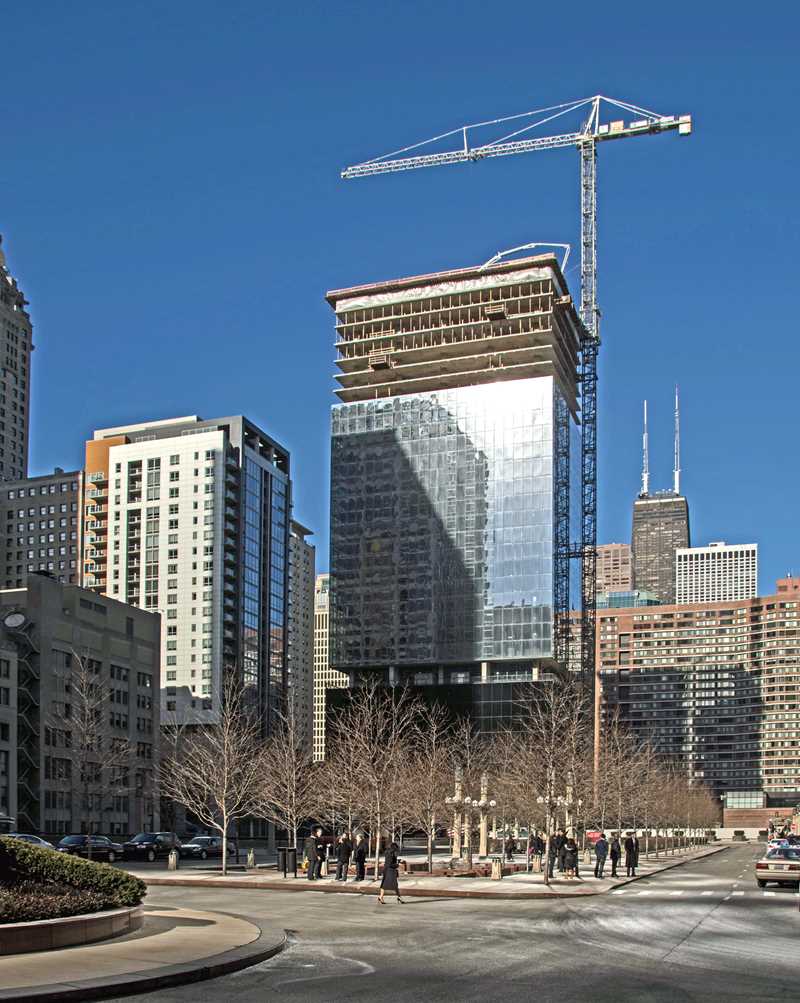 The 325-unit Optima Center, 200 E Illinois, is about three-quarters of the way toward reaching its eventual 42-story height. The sharp contrast between the black glass base and the balance of the tower is coming into clear focus. Occupancy is expected late this year.

Optima Center is a project that generates a lot of interest among architecture buffs, and you can see many more pictures of its progress in a thread at SkyscraperPage.com.

You can track all of the major new apartment projects proposed and underway in downtown Chicago at our at-a-glance list and map.