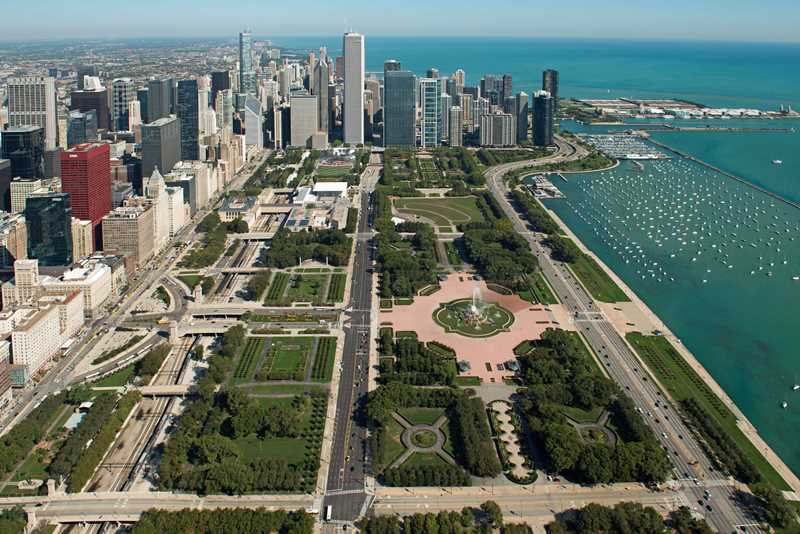 The seven-county metropolitan Chicago real estate market delivered a strong performance in October, with 43 percent more homes changing hands than in the same month last year. The increase in sales activity was especially pronounced in Cook County and the City of Chicago, according to a RE/MAX analysis of transaction data compiled by Midwest Real Estate Data, LLC (MRED), the regional multiple listing service.

Cook County, which includes Chicago, accounted for 57 percent of all October home sales in the metro area and recorded a 49 percent increase in transactions compared to year-earlier data. Home sales in Chicago were up 50 percent to 2,055 units.

The positive trends also extended to home prices and to the time required to sell a home.

Average market time, which is the average number of days that a home sold in October was on the market before a sales contract was signed, fell from 168 days a year ago to 140 days this year. Average market time in Cook County was shortened by 30 days to 136 days, while in Chicago it dropped 40 days to 125 days.

“The continued strong pace of home sales has had a powerful and positive impact in a number of areas. Median home prices are up, average days on the market are down, and the shrinking inventory has helped to move distressed properties more quickly and at a higher price point,” said Laura Ortoleva, media spokesperson for the RE/MAX Northern Illinois real estate network. “This is an excellent time for those who want to sell their home to put it on the market.”

The number of properties listed for sale by MRED in Cook, DuPage, DeKalb, Grundy, Kane, Kendall, Lake, McHenry and Will counties has declined 24 percent over the last 12 months. That has contributed to an increase in sales of distressed properties, a category that includes short sales and foreclosures. Distressed sales accounted for 42.5 percent of all October home sales in the seven-county metro area. That compares to 40.6 percent in September and 37.5 percent in August.

Even the median sales price of distressed properties showed signs of firming up, rising to $90,000 in October from $85,000 in the same month last year. It was the second time this year that there was a year-over-year gain in the monthly median price of distressed homes.

Attached Homes
Sales of attached homes recorded some impressive gains in October, with transaction volume rising 49 percent across the metro area to 3,057 units, compared to 2,050 units a year earlier. Average market time fell to 146 days, down from 178 days.

October was the fourth consecutive month in which all seven counties in the metro area, along with the City of Chicago, recorded increases in attached sales when measured against sales in the same month of 2011. The county results for October were: Cook up 53 percent, DuPage up 38 percent, Kane up 52 percent, Kendall up 15 percent, Lake up 42 percent, McHenry up 76 percent and Will up 34 percent.

The October median price of attached homes sold in the metro area was $125,000, 4 percent higher than during the same month last year.

Detached sales rose in all seven counties and Chicago compared to October 2011. Cook County led the way with a 47 percent gain, and Chicago had an identical result. Increases in the other counties were as follows: DuPage up 42 percent, Lake up 41 percent, Kane up 35 percent, McHenry up 32 percent, Kendall up 21 percent and Will up 19 percent.