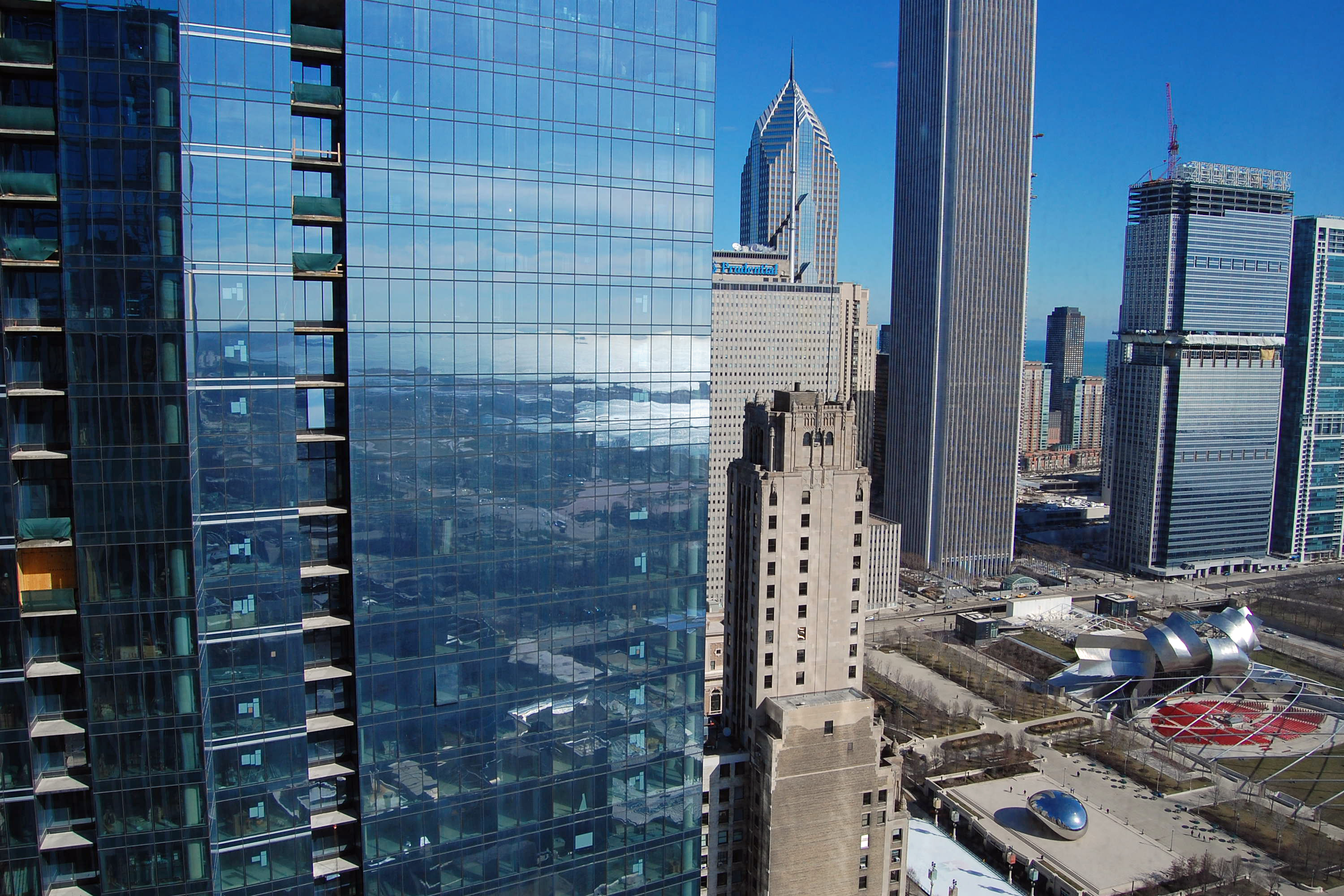 The Legacy at Millennium Park, Mesa Development‘s new 72-story tower at 60 E Monroe St in the Loop is about to pass another milestone on its way toward completion: Its first unit is set to close on Monday, Sept. 28, says Sales Director Adrienne Hulse.

The high-rise’s lobby and many of its common areas are already finished, and work inside the Solomon Cordwell Buenz-designed tower has progressed to about the 40th floor, Hulse says. Some amenities won’t be ready in time for the first move-ins, however — for example, the bridge linking the Legacy to the neighboring University Club probably won’t be open until June.

A few three-bedroom / 3.5-bath penthouse units are also available on some of the Legacy’s uppermost levels. They are priced from $2 million for a 2,436 square-foot unit on the 61st floor to $4.26 million for a 4,378 square-foot home on the 70th floor.

We’re set to return to the Legacy in mid-October. In the meantime, revisit both the video panorama and the interview with Mesa principal Jim Hanson that we shot this spring from the building’s 71st floor: