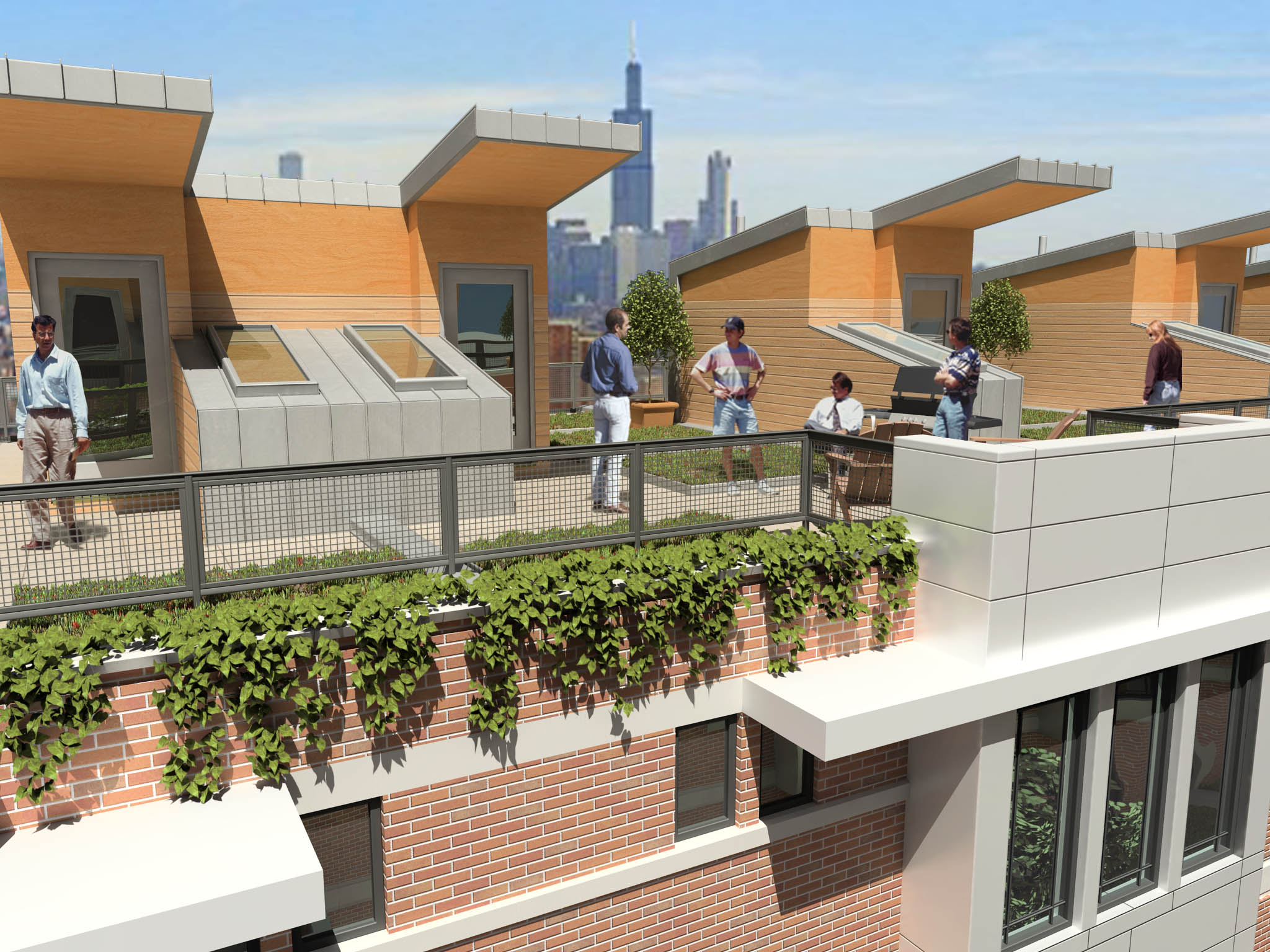 Construction began this month on approximately 80 condos at 2200 Madison Estates, a Near West development along what used to be a blighted stretch of Madison Street between Ashland and Western Avenues (thanks to Joe for noting the correct neighborhood in Comments). “It was a bit of a no-man’s land,” says Keller Williams Realty sales agent Tricia Fox. Her Tricia Fox Group, which works out of Keller’s Gold Coast office, is marketing the development. Now the area appears to be on the rise, Fox says, with a Walgreens drugstore newly opened a block away from the Madison’s residences and the grocery chain Aldi coming soon to a nearby lot.

Developers John Luce and Bill Sipowicz chose to build on both sides of Madison Street with an eye towards substantially changing the character of the strip, and the buildings’ angular, modern design, by Steve Holm and Henry Kwong of K2 Architects, gives the project visual emphasis. The rooftops are particularly striking, with panels that shoot off the top of the building like diving boards.

The two- and three-bedroom condos (simplexes and duplexes) are priced from the $290s to the $530s, with the majority in the mid $300s. They’ll be ready for occupancy in December. So far about 10 buyers have put down deposits, says Fox.

The development also includes 18 townhomes at 2225-2237 W Madison St. These are finished and nearly 50 percent sold, Fox says. The three-bedroom units are completely sold out, with only two-bedroom units still on the market (all units include a den, which Fox says some buyers are using for an additional bedroom). Most units are priced in the $479s, with amenities including roof decks with views of the city, second decks off the kitchen and two-car garages.

The sales center is currently open seven days a week from 11 a.m. to 5 p.m. at 2237 W Madison St, unit 1-A, but Fox says those hours may change slightly–check before you go.