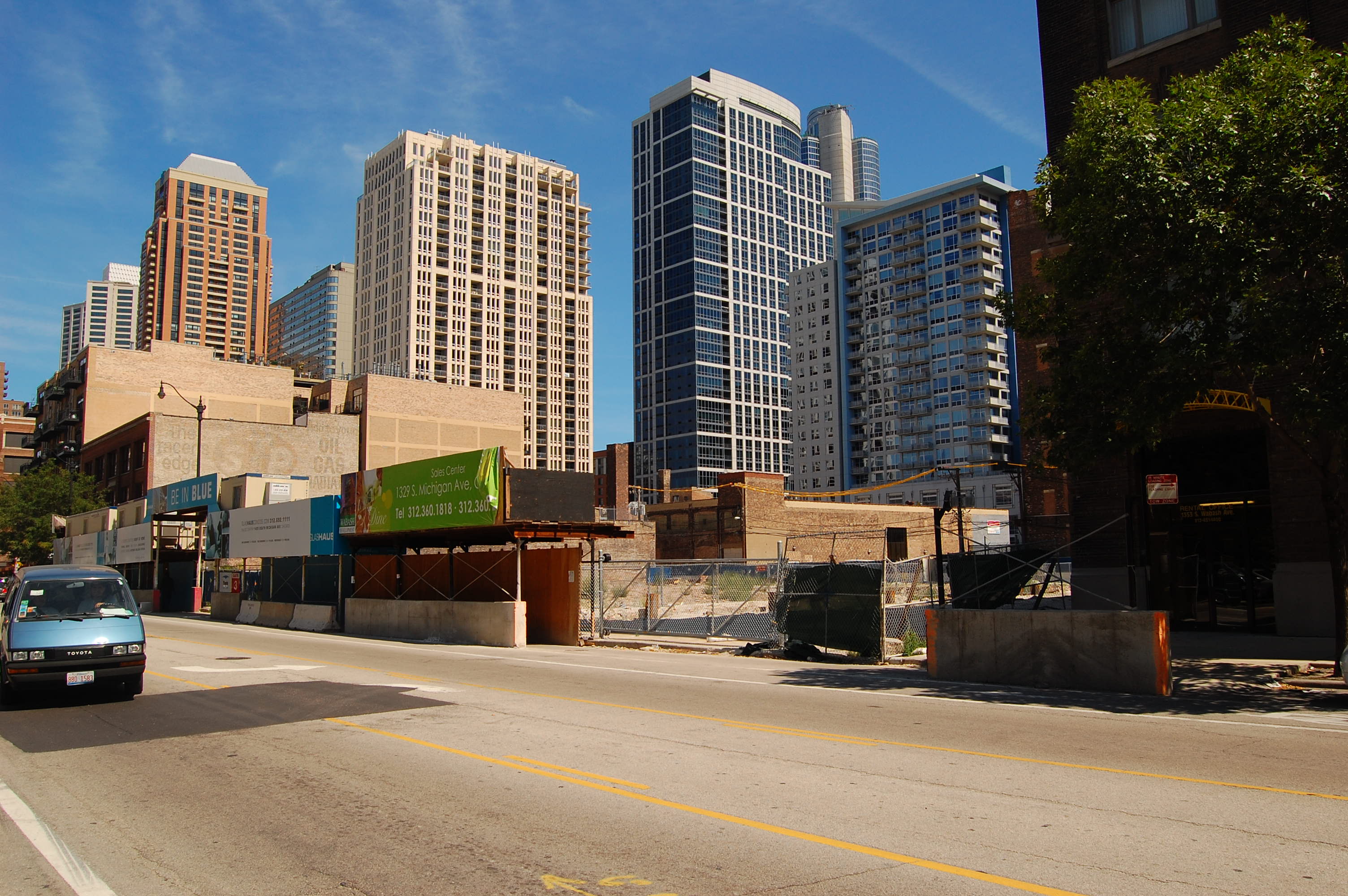 Last night, a reader identified simply as “j” requested an update on 1349 South Wabash Private Residences, a new condo high-rise planned for the South Loop. I happened to stop by 1349 S Wabash Ave two days ago to see if ground had indeed broken on the building, as a press release claimed back in May.

The lot where 1349 South Wabash is to be built is actually adjacent to 1327 S Wabash Ave, the planned site of Glashaus, and if you’ve been keeping an eye on our Glashaus tumbleweed-watch (here, here and here), you know that there’s been very little activity in the 1300 block of South Wabash in recent months.

I spoke with Ling Yow at developer See Y. Wong’s office this morning and learned that 1349 South Wabash’s general contractor is dealing with cost overruns and is seeking new subcontractors. Yow assures me that construction will move ahead as planned, although a little bit behind schedule, and she expects the building to be completed in about a year.

Yow says that 72 percent of the units in 1349 South Wabash Private Residences are under contract. Studios and one- to three-bedroom condos are offered from the low $180s to the low $470s.