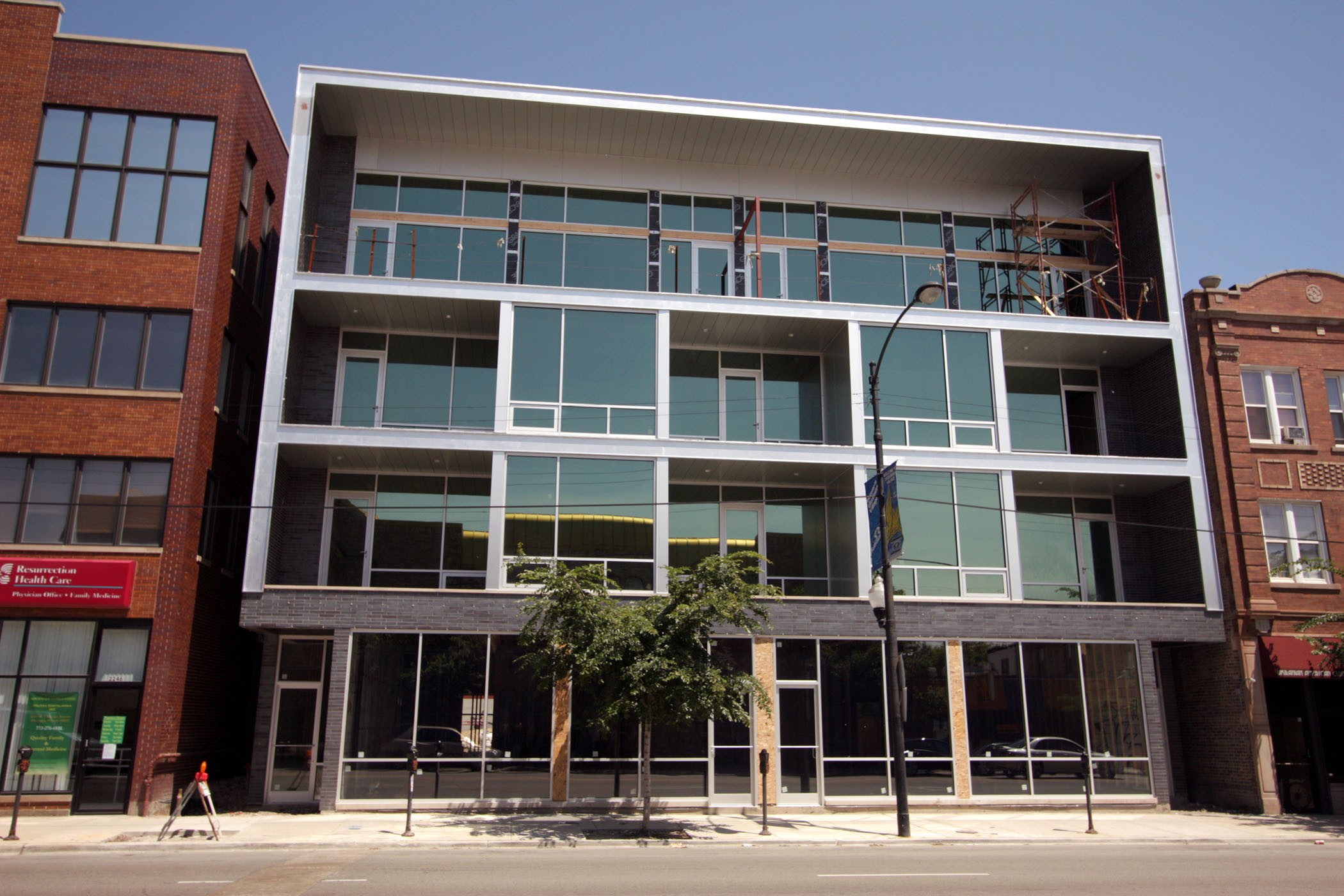 With about half of condos remaining at The Lumiere, 2408 W Rice St in Humboldt Park, DenMax Corp has launched another condo development at 2242 W Chicago Ave in the Ukrainian Village. This one has a similar shape to Ranquist Development’s four-story development at 1711 W Division St, and according to North Clybourn Group agent Staci Slattery, the features and finishes will be very contemporary and similar to those at The Lumiere.

According to the voicemail I received from Slattery yesterday, drywall and insulation should start in the middle of next week, and the eight homes should be ready for delivery in mid-September.

According to the spec sheet, the homes will come equipped with smart home technology and private terraces, and the building will feature a roof deck. Garage parking is included with the purchase price, and there are also four additional parking spaces for sale for $20,000 apiece.

One of the two ground-floor commercial spaces has been leased to an independent coffee shop, and the other is still available. Slattery says a furnished model unit will open by the end of August.