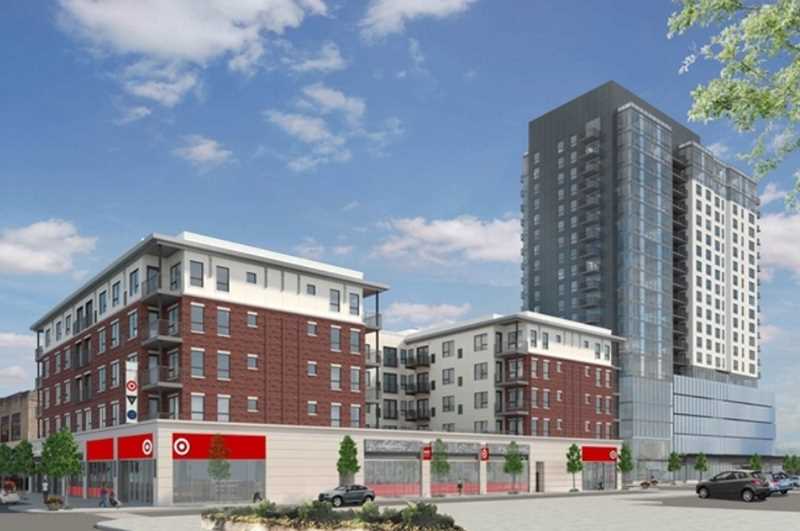 The Emerson consists of a 20-story high-rise, a 5-story mid-rise, and retail space with Target and Firecakes Donuts as announced tenants. The Emerson’s apartments are slated for first occupancy August 1, 2017.

The Emerson was developed by Lennar Multifamily and Clark Street Real Estate. FitzGerald Associates is the architecture firm. Tishman is the general contractor.

The Emerson has a mix of studio to 2-bedroom, 2-bath apartments. Floor plans are available online. 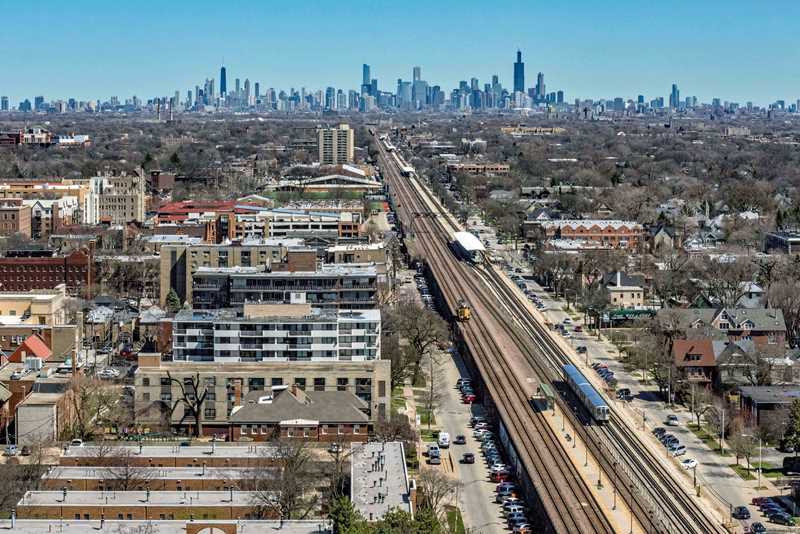 Views.
East-facing apartments on higher floors have a view of the downtown Chicago skyline.

The Emerson has an amenities suite that’s unrivaled in Oak Park.

There’s a landscaped rooftop deck with skyline views, a heated swimming pool and cabanas. A club room lounge has a kitchen and dining area. The fitness center has an array of cardio- and strength-training equipment and a separate movement room.

The Emerson has an attached 418-space parking garage, some of which is open to the public.

The Emerson is located at the center of a vibrant, pedestrian-friendly part of downtown Oak Park, one of Chicagoland’s most attractive neighborhoods. 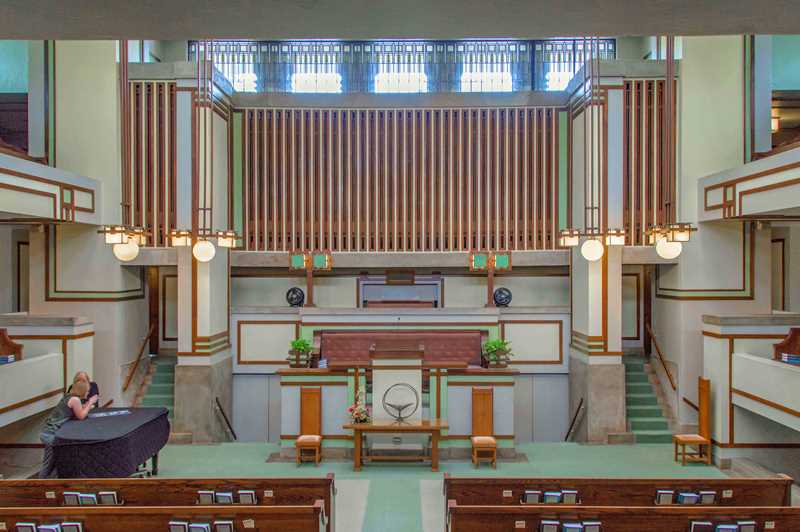 Residents at The Emerson can begin a Frank Lloyd Wright walking tour a few short blocks east of the building at Unity Temple, and then head north of The Emerson to view 14 Wright-designed homes in the neighborhood.

Shopping. The immediate neighborhood has an abundance of retail outlets, ranging from one-of-a-kind locally-owned boutiques to big-box national chain stores. 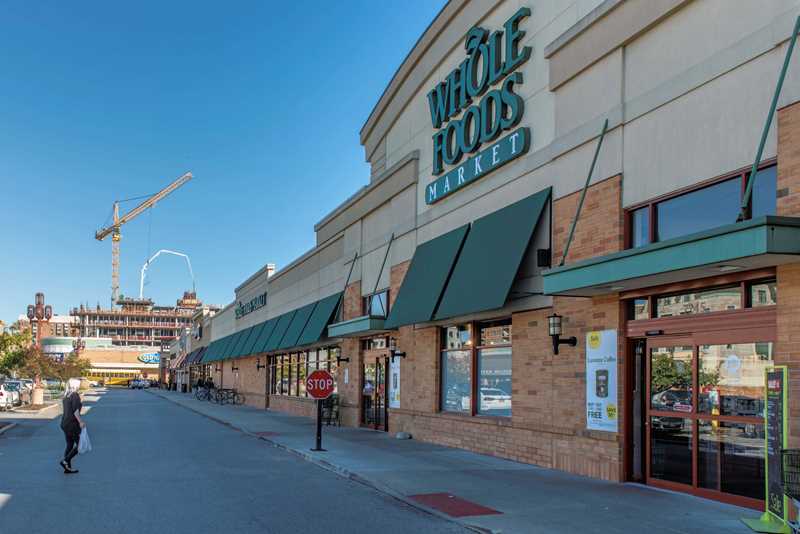 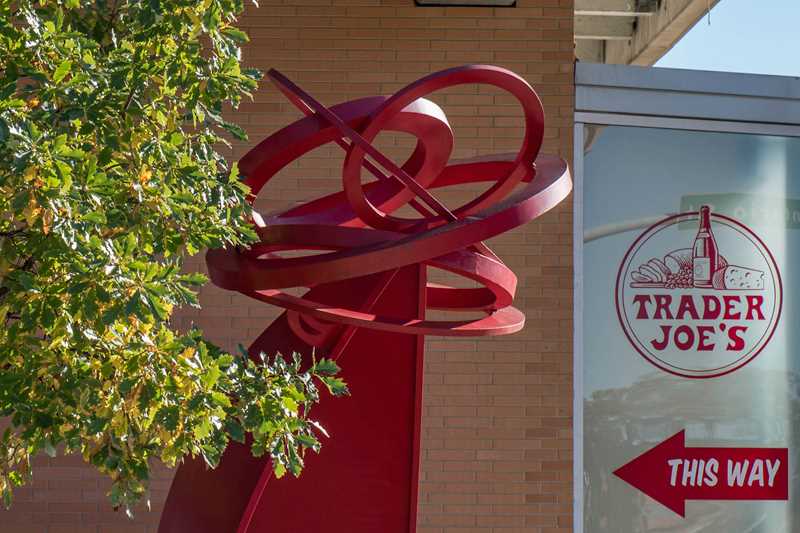 Whole Foods is a half-block west of The Emerson, in the River Forest Town Center, which is also home to a Walgreen’s Pharmacy, DSW, Loft, Noodles & Company, Starbucks, Boston Market, Panera Bread, Chico’s, Men’s Wearhouse, Petco, Ulta, Massage Envy, LensCrafters and more. Trader Joe’s is three blocks northwest of The Emerson. A Target store is slated to open in October of 2017.

There’s a seasonal farmers market a few blocks east of The Emerson. 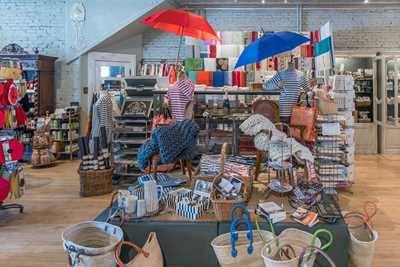 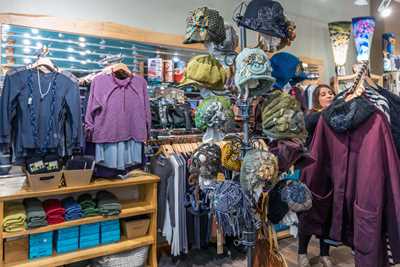 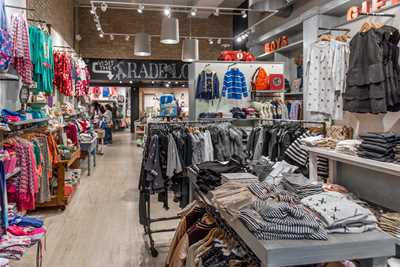 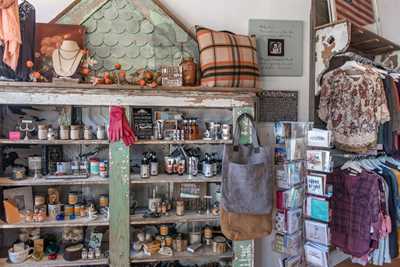 Careful Peach, Filoni, Sugarcup and Two Story Farmhouse are just a few of the quirky, personality-laden boutiques near The Emerson. 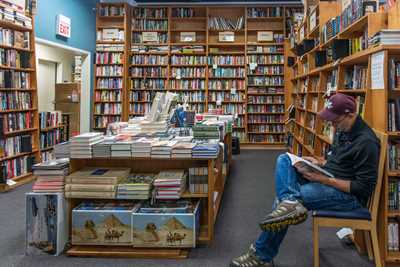 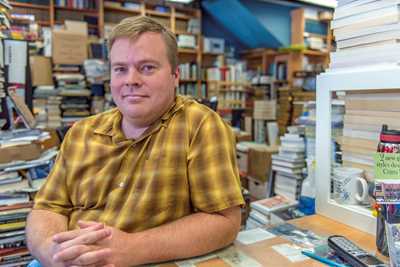 Readers find a lot to like, and friendly tips on what they might like, at the “fiercely independent” Book Table, just around the corner from The Emerson.

Dining, nightlife, entertainment. There are more than 40 bars and restaurants within a short walk of The Emerson. Few neighborhoods anywhere match the density and variety you’ll find in downtown Oak Park, where a recent growth spurt appears poised to accelerate. 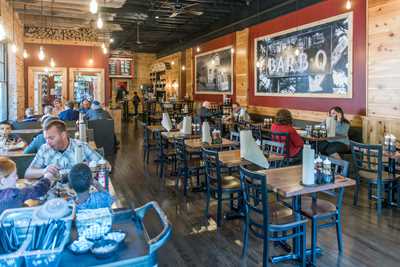 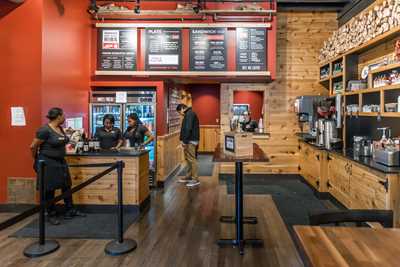 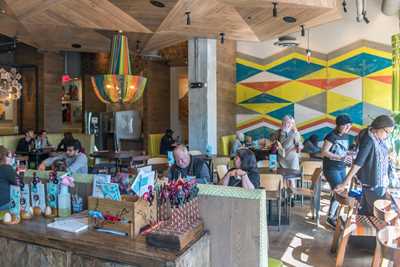 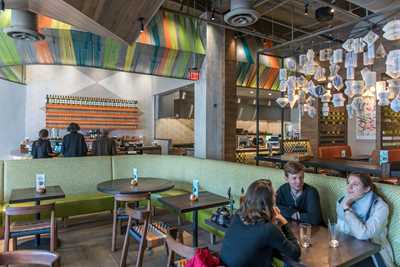 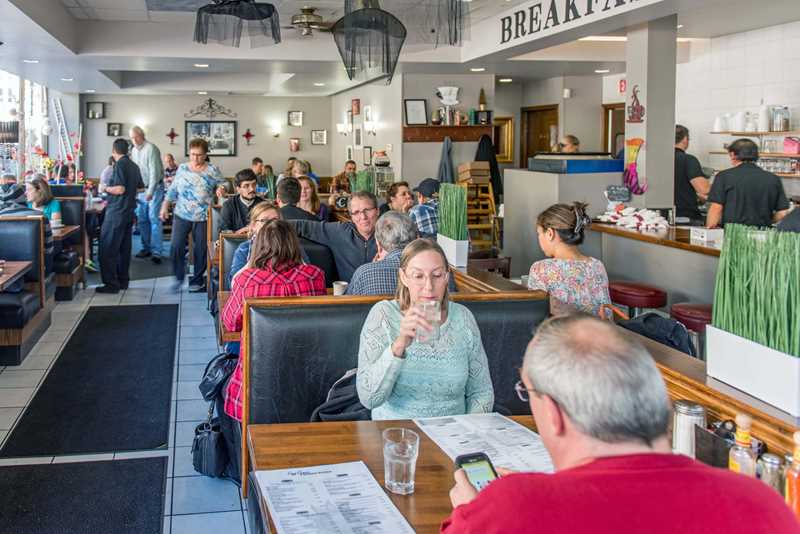 Go-to spots for breakfast near The Emerson include Cozy Corner and Delia’s Kitchen. 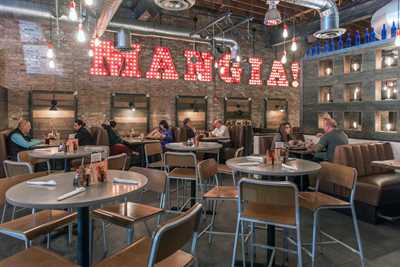 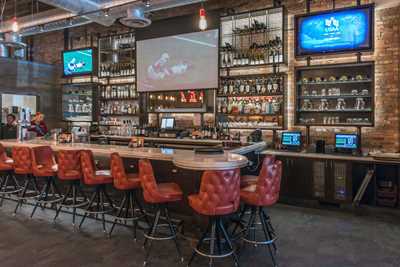 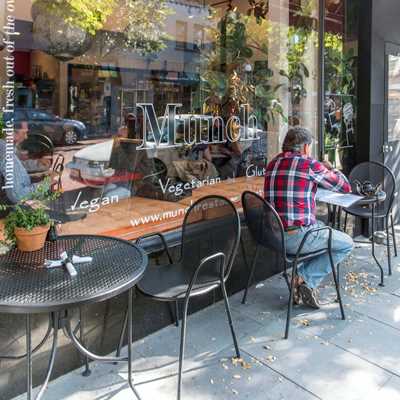 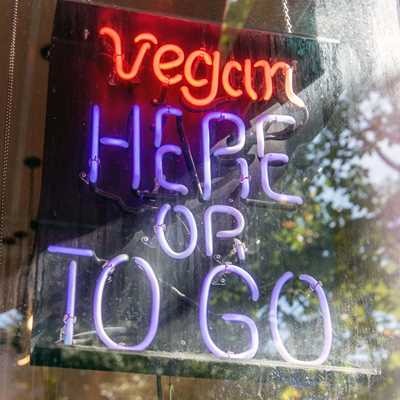 Munch is one of the local options where vegans and vegetarians find comfort food. 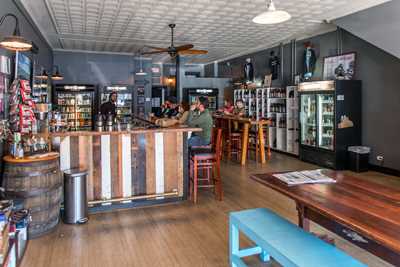 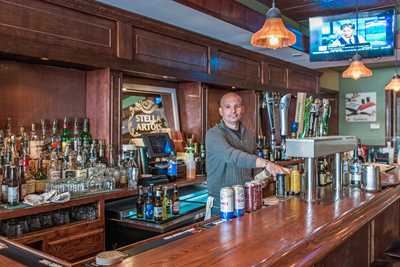 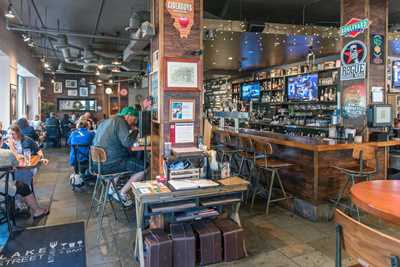 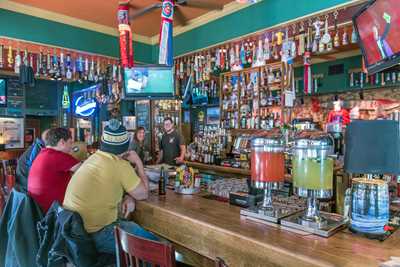 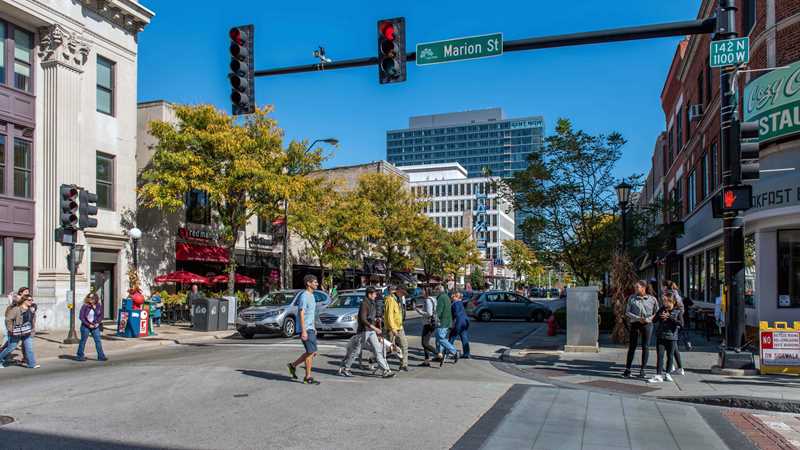 The Lake Theatre is a few doors east of The Emerson. 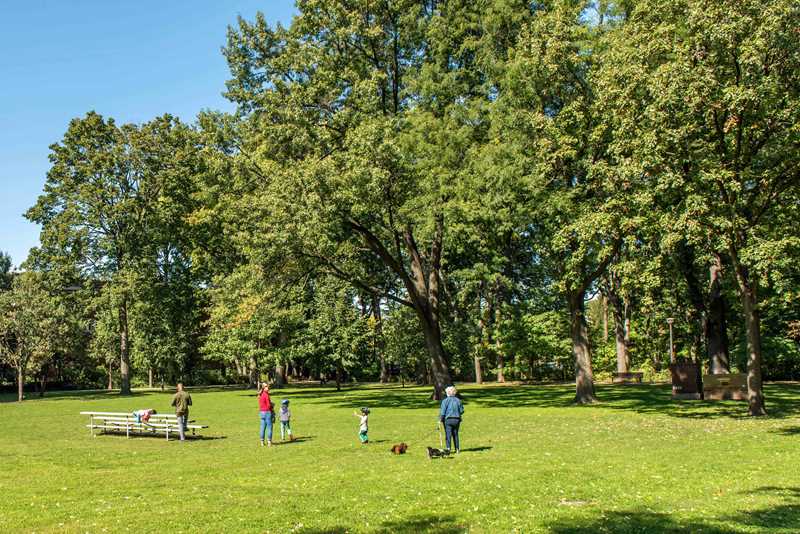 Austin Gardens Park, home to the Oak Park Festival Theatre, is a block from The Emerson. 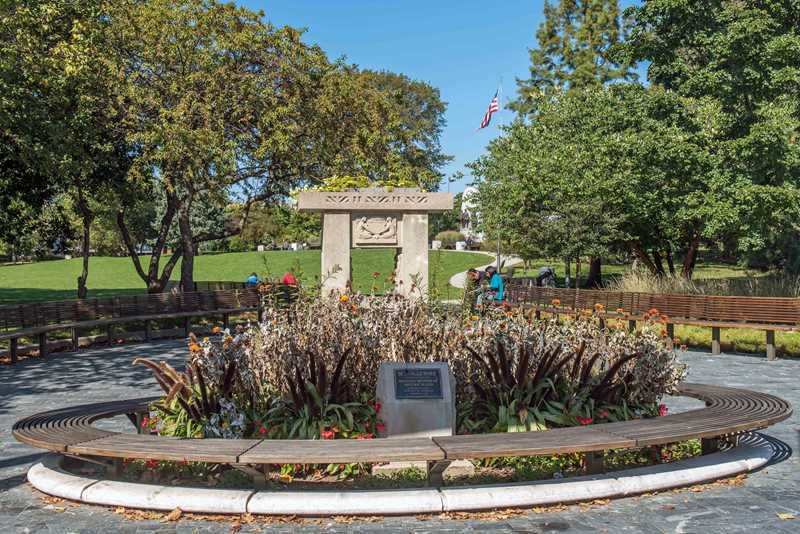 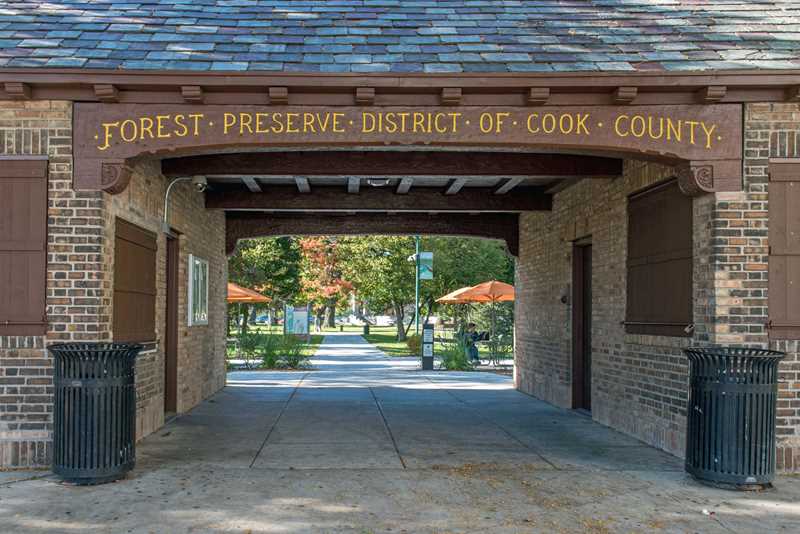 The Forest Preserve District’s Cummings Square, a block west of The Emerson, has a band shell, sports fields, picnic tables and a nature sanctuary. 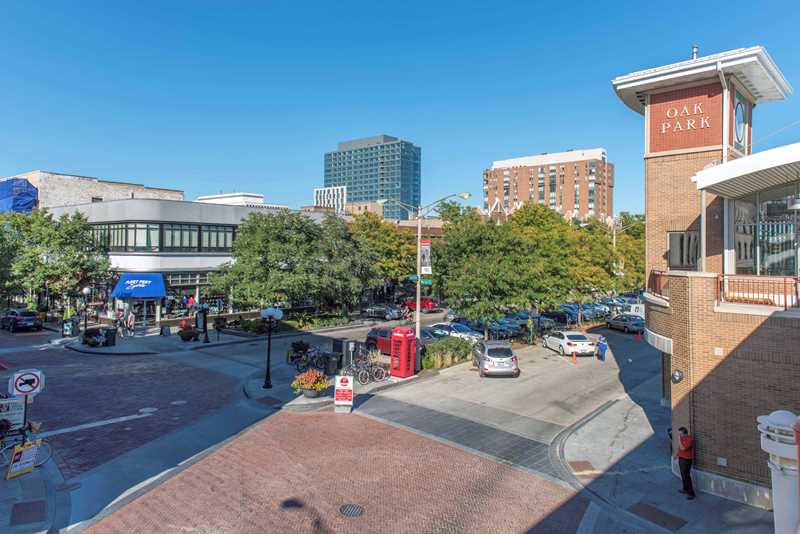 The Emerson is directly adjacent to CTA and Metra stops. Metra’s Oak Park station connects to the Ogilvie Transportation Center in downtown Chicago in about 18 minutes.

CTA Green Line trains reach Chicago’s Loop in under half an hour.

On / off ramps for the Eisenhower Expressway, I-290, are just over a mile from The Emerson. 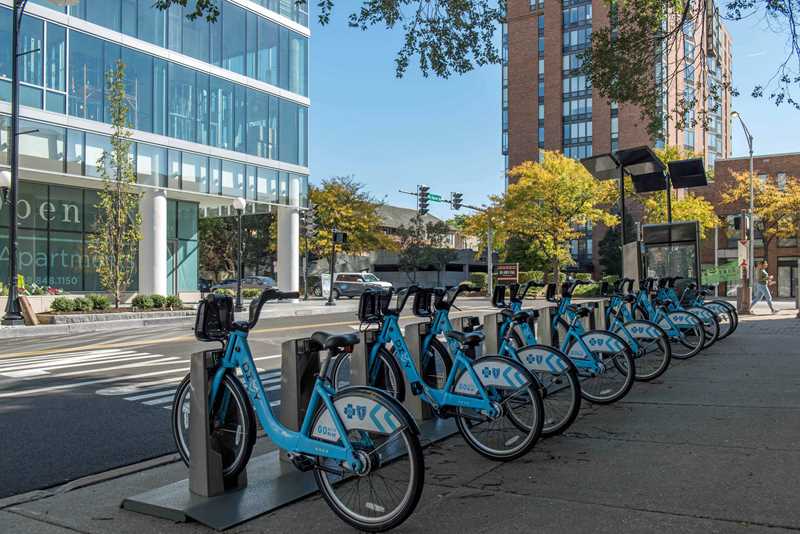 DIVVY bikes are available near The Emerson.

Note: The Emerson is a YoChicago advertiser.

A light-filled 2-bedroom, 2-bath at The Emerson

An appealing 1-bedroom at The Emerson

A spacious 1-bedroom at The Emerson