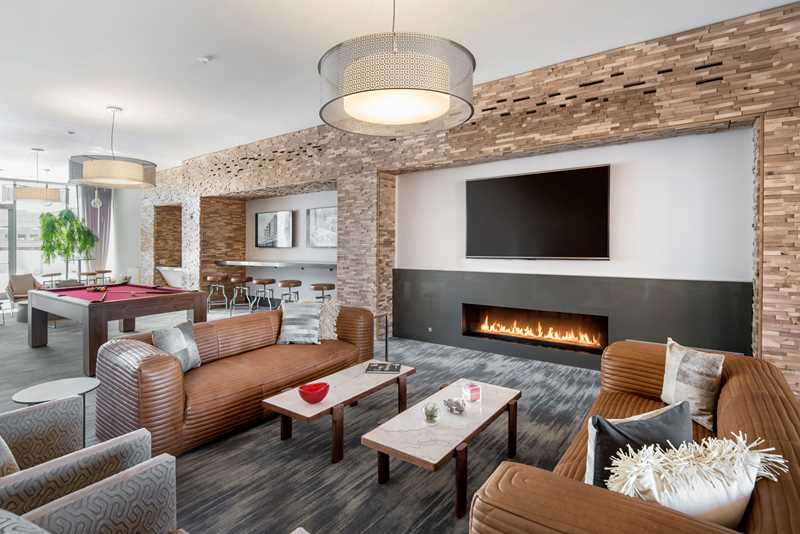 Chicago-based Fifield Companies and Carroll Properties have announced that E2 Apartments, the co-developers’ 356-unit luxury apartment project in downtown Evanston, Illinois, has been leasing at a record pace. Just six months after opening for pre-leasing, the community is more than 80 percent-leased.

“There is no doubt that E2 has filled a void in the Evanston market,” said Randy Fifield, vice chairman of Fifield Cos. “The building’s high-end finishes and long list of luxury amenities has elevated luxury rental living on the North Shore to levels that didn’t exist before, so we’re not surprised to see such high demand,” said Fifield. “With such a highly desirable location in downtown Evanston, E2 offers convenient access to Chicago, the lakefront and Northwestern University, not to mention all the dining, nightlife, art and culture that Evanston itself has to offer.”

E2 consists of two buildings, a 16-story tower at 1881 Oak Ave. and a 14-story tower at 1890 Maple Ave. Designed to LEED Silver standards, the two buildings are connected by a four-story structure that includes three floors of parking and an amenity deck. The building also contains 4,000 square feet of ground-floor retail space, 2,500 of which will be occupied by boutique fitness studio exhale Evanston beginning in December 2015. In addition to its tower residences, E2 also has 12 rental townhomes with private entrances along Emerson Street.

“From Northwestern graduate students and young professionals to downsizing empty nesters, E2 doesn’t just meet, but exceeds the needs of today’s renters who have elected to rent versus own,” said Randy Fifield. “Renting offers all the amenities and luxury finishes that sophisticated residents want, without the burden that comes with homeownership. E2 gives would-be homeowners, particularly empty-nesters who have decided to simplify and downsize, the opportunity to try out the luxury rental lifestyle. We’ve given suburban residents the best of what the urban rental lifestyle has to offer.”

For example, empty-nester and E2 resident Howard Pearl, a 61-year old recently-retired attorney, opted to sell his home in north suburban Glencoe, Illinois when his kids left home. Pearl, who wanted to rid himself of the responsibilities inherent in owning a large home, is renting a three-bedroom unit at E2. “Owning a home, responsibility and all, was wonderful when my kids were young, but now that they’re grown, it’s a lot of work for one person,” said Pearl. “Someone still has to rake the leaves and mow the lawn and fix what breaks. I wanted to eliminate all of that maintenance and responsibility without forgoing a certain level of comfort that I’ve become accustomed to as a homeowner. I’m not saying I’ll never own again, but E2 gives me the chance to try out renting for a while. And as my son says, with all the amenities, it’s like living in a nice hotel.”

Apartment tower residences at E2 range from 500 to 1,400 square feet and offer studio, one-, two- and three-bedroom layouts. The property’s 12 rental townhomes range in size from 1,750 to 1,875 square feet and feature three bedrooms, 2½ baths and a third-floor roof deck.

Nearby public transportation offers E2 residents convenient access to downtown Chicago, as the development is within a two-block walk to the Foster stop on the CTA’s Purple line and three blocks to the Davis Street station that services both Metra trains and the CTA’s Purple line.

Note: E2 is a YoChicago advertiser.