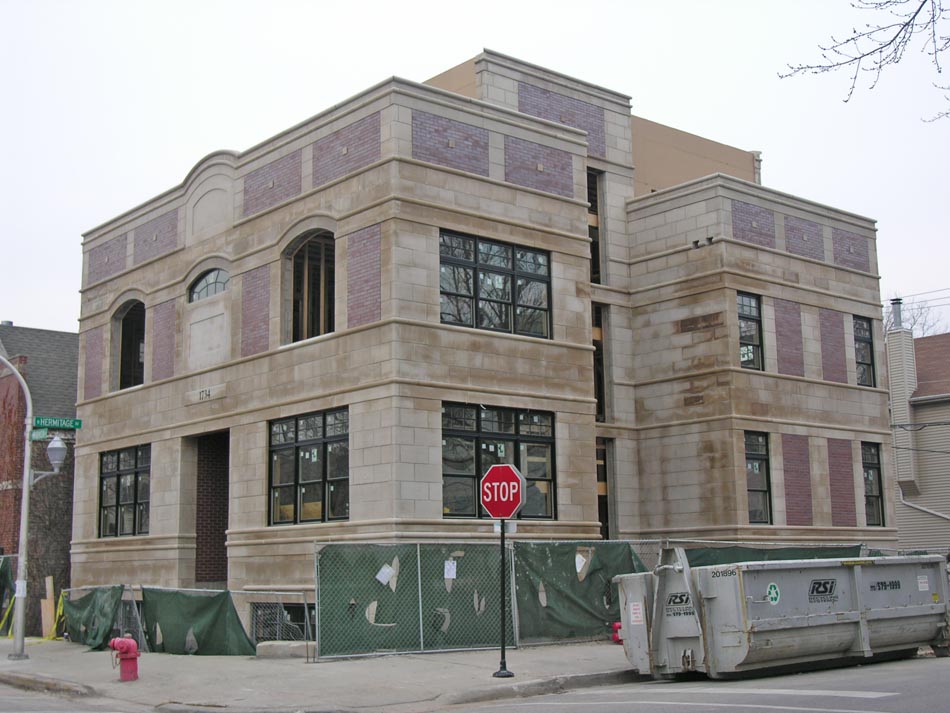 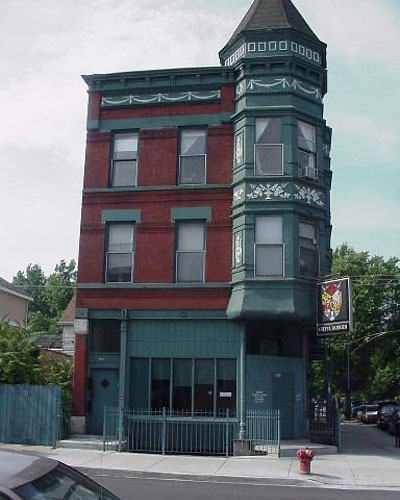 Here’s a look at the Goliath that’s being built over the rubble of the elegant, turn-of-the-century Queen Anne-style building that used to sit at 1734 W Wabansia Ave in Bucktown. Earlier this year, Preservation Chicago collected several thousand signatures, mostly from neighborhood residents, in a bid to save the building, which for 21 years housed the beloved Artful Dodger pub. It spent several months on the City’s Demolition Delay List but eventually fell, with Alderman Ted Matlak (32nd) citing reduced density, added parking and elimination of a corner tavern as his reasons for supporting the demolition.

Original plans called for two single-family homes to be built on the site, but only one building– which, judging by the sheer mass of it, must be multi-unit– is going up. We haven’t seen any marketing for it– does anyone else have more information?

And, more importantly, what would Dickens make of all this?