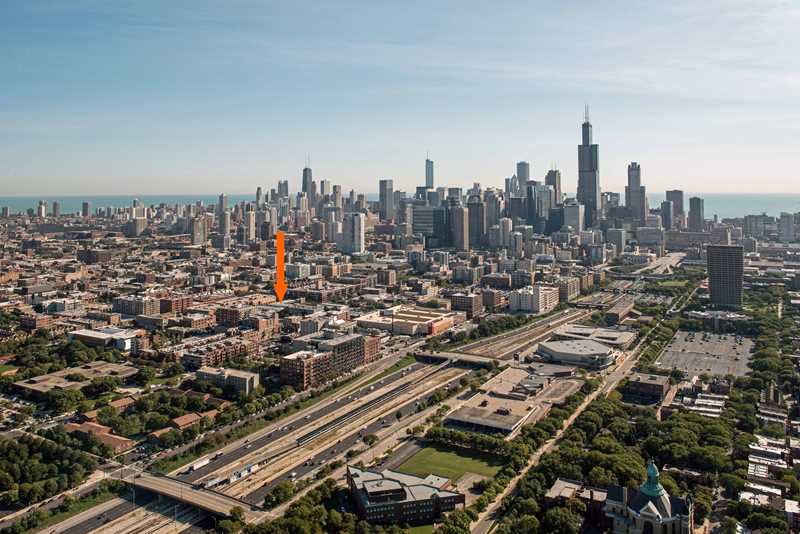 The 40 new condominiums at CA3 in the 1100 block of West Adams were sold before site clearance began, at prices ranging upward from the $620s. 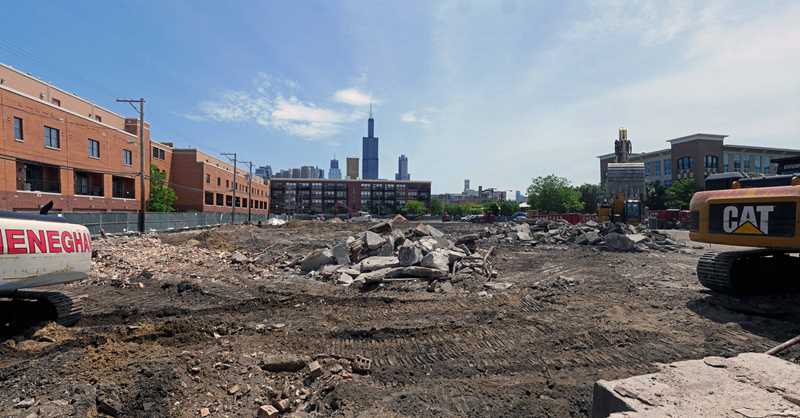 The single-floor CA on Adams units, which will be similar to the CA3 units, will have 2,143 square feet of living space. Five of the units were reportedly under contract as of two days ago. The sales center is located at CA3, 18 N Carpenter.

Belgravia recently completed the sale of the first and second phases of CA23, but has a much lengthier history in the West Loop. Just over 9 years ago we were reporting the company’s plans for the 69-unit Chelsea Townhomes, which you can see at the left of the above picture.

You can see more of YoChicago’s aerial photos at Flickr.

Note: Belgravia is one of our sponsors.

Newer Post
City sues to abolish the Armitage eyesore
Older Post
Are apartment finders playing you for a sucker?