Funnin' the suckers in a sick way

The Chicago Neighborhood Boundaries Directory, co-published by the Chicago Association of Realtors and Big Stick Inc., bills itself as the “most thorough and comprehensive work ever done on Chicago’s 222 neighborhood boundaries in the city’s history.”

One of the neighborhoods it identifies is “Tally’s Corner,” which it locates in the Mount Greenwood area, from Pulaski Rd east to Springfield Ave (3900 W), from 103rd St on the south to 101st St on the north.

The book notwithstanding, there’s no such place as Tally’s Corner in Chicago, to the best of this writer’s rather considerable knowledge.

What there appears to be in all of this is a rather twisted and, some might say, very ugly joke. 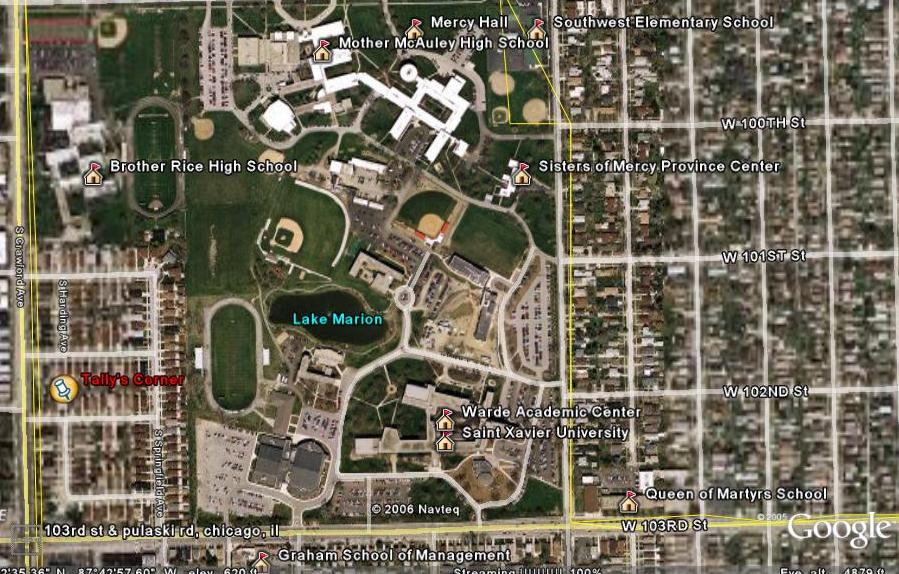 The area in question, just south of Brother Rice and Mother McAauley High Schools, and just west of Saint Xavier University, is even more racially segregated than the nearly all-white Mount Greenwood community, which was less than 4% African-American in the 2000 census.

And Tally’s Corner, of course, is a sociological classic first published 3 decades ago by a noted anthropologist describing an area in Washington, DC. Its subtitle says it all: “A Study of Negro Streetcorner Men.”

If the Chicago Association of Realtors and Big Stick ever resolve their current litigation, will the next edition of their book still include Tally’s Corner? And how will they justify it?

In the meantime, Google Tally’s Corner Chicago and see who’s been suckered into calling this a Chicago neighborhood.