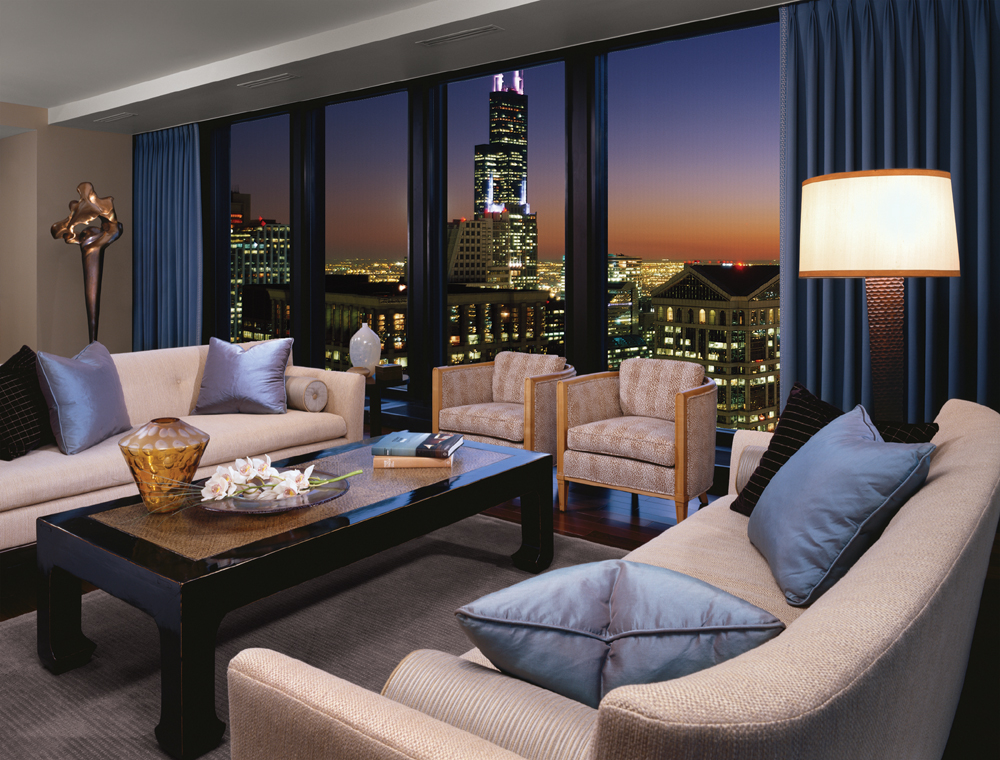 The Trump International Hotel & Tower Chicago will open for business on Jan. 30, according to Crain’s. The hotel’s December opening was pushed back from December due to construction delays.

I took a walk over to 330 N. Wabash this afternoon to get a glimpse the Trump model. Sales manager Leah Harriett said the unit wouldn’t reflect the curvilinear design of Trump’s residential and hotel condos, but insisted that it would give me an idea of their look.

Then she proceeded to tell me that a number of the model’s details (especially in the bedroom) were no longer representative of the tower units’ finishes, leaving me wondering if the rooms I saw were going to be anything like the real deal. (Is the looped, high-def video of Ivanka extra, or does it come standard?)

The kitchen’s Snaidero cabinetry, granite counters and Sub-Zero, Wolf and Miele appliances all looked like the pictures on the Trump Chicago site, as did the bathrooms, so maybe it isn’t that different after all.

The tower includes 486 luxury residences and 339 hotel guestrooms, with sizes running from 580 to 6,800 square feet. Prices range from the $580s to more than $9 million. Approximately 75 percent of the units have been purchased, although Harriett declined to break that percentage down into sales of residential condos versus hotel units.

With its views of Lake Michigan and the Loop, its proximity to Michigan Avenue, Millennium Park and the Lyric Opera, and yes, its name, Trump could prove to be one of downtown Chicago’s most popular pied-a-terre options. Indeed, “a majority” of buyers are second- or third-home purchasers, Harriett says.

Among the amenities offered at the tower are the 23,000-square-foot Spa at Trump (featuring relaxation rooms, health club and indoor heated pool), Sixteen, a signature restaurant with a 4,000-square-foot al fresco dining terrace, and 90,000 square feet of retail space located along the Chicago River.