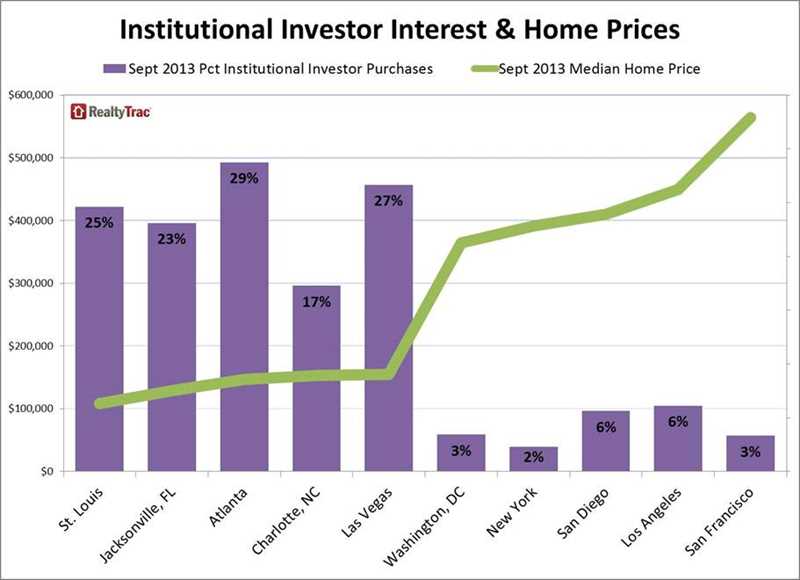 According to data just released by RealtyTrac, institutional investors (defined as those purchasing 10 or more properties in the last 12 months) accounted for 13% of Chicago metro-area home sales in September. Cash purchases accounted for 49% of sales during the month. Short sales and sales of bank-owned properties were 20% and 14%, respectively.

You can read the full report at RealtyTrac.