Iron workers put on a show at Catalyst 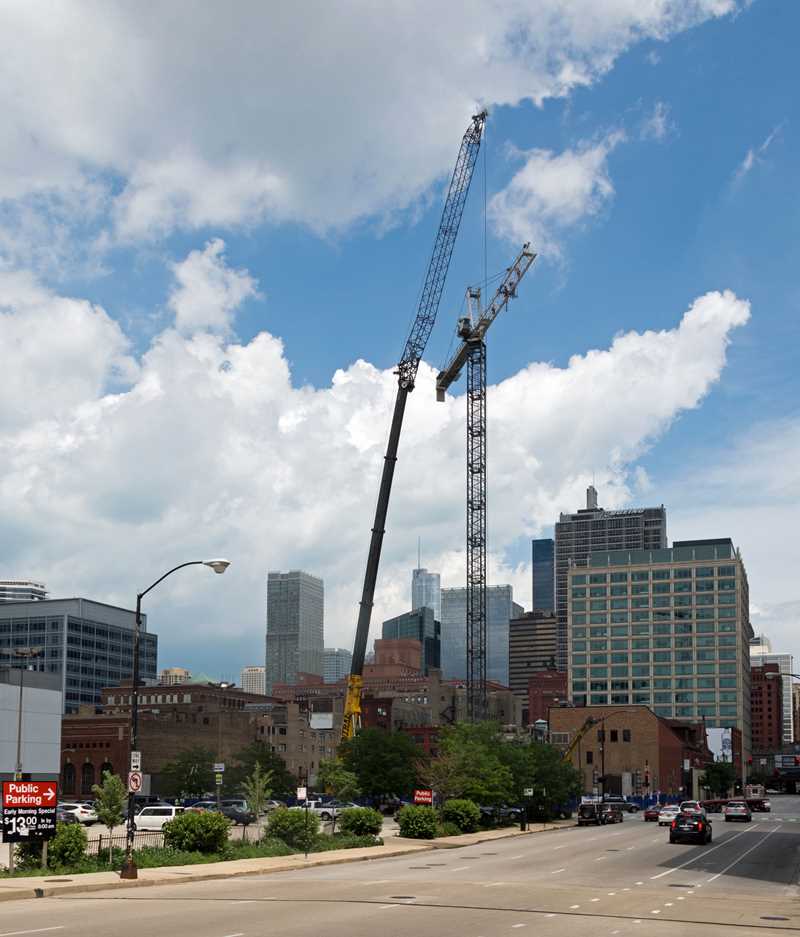 When we looked in on Catalyst in early April drilling rigs were sinking the caissons for the apartment tower’s foundation. The 22-story building, when complete at 630 W Washington, will host 223 apartments, 175 garage parking spaces and 15,168 square feet of ground floor retail space.

Foundation work was complete when I visited the site yesterday afternoon. Assembly of a tower crane is the next important milestone in moving forward to bring a high-rise out of the ground. The crane was nearing completion when I approached Catalyst, and its mast appeared to be tall enough to complete the building without additional sections being added during construction. 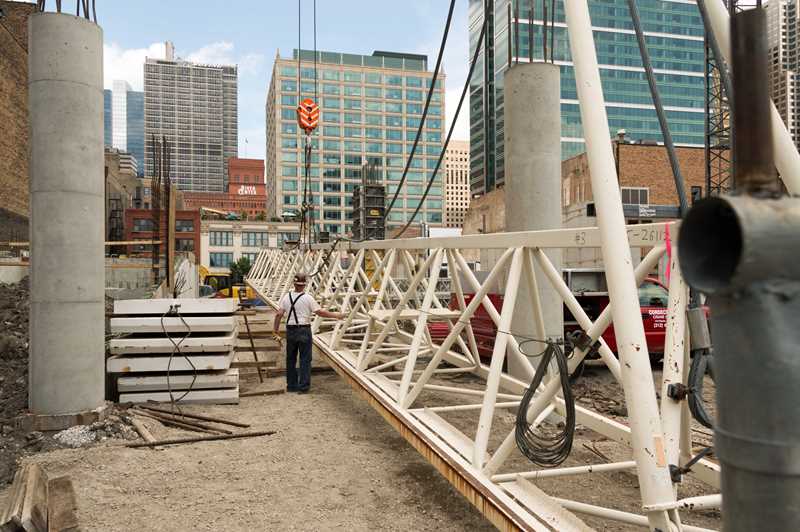 The final section of the boom / jib and counterweights were on site and ready to be lifted into place by the telescopic crane, which will leave the site when the tower crane is complete. 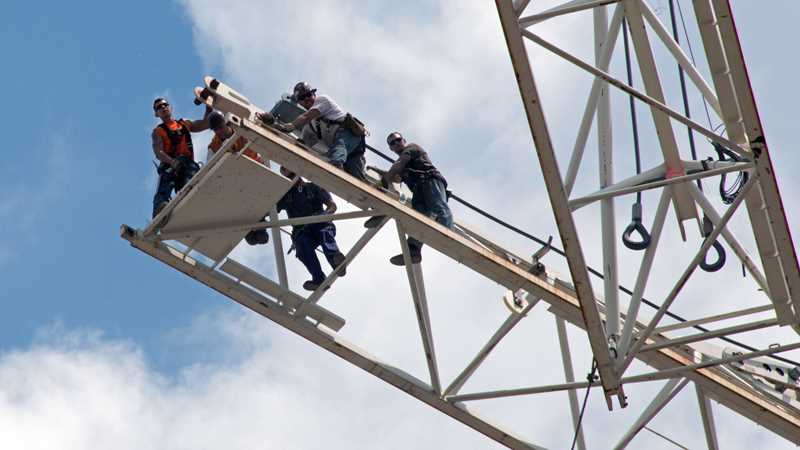 The first attempt at installing the final section of the boom was frustrated by heavy winds, and it was lowered back toward the ground. The cranes re-oriented themselves for more favorable positioning. 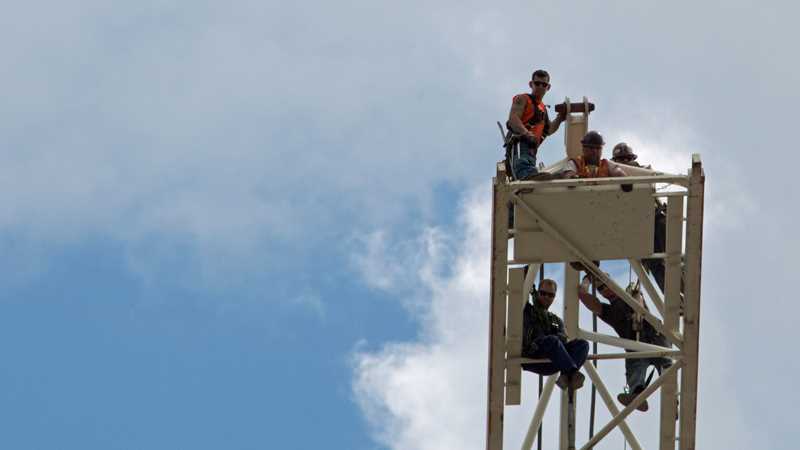 While the boom section was being lowered and re-positioned iron workers from Local 1 relaxed as only iron workers can while several hundred feet in the air. 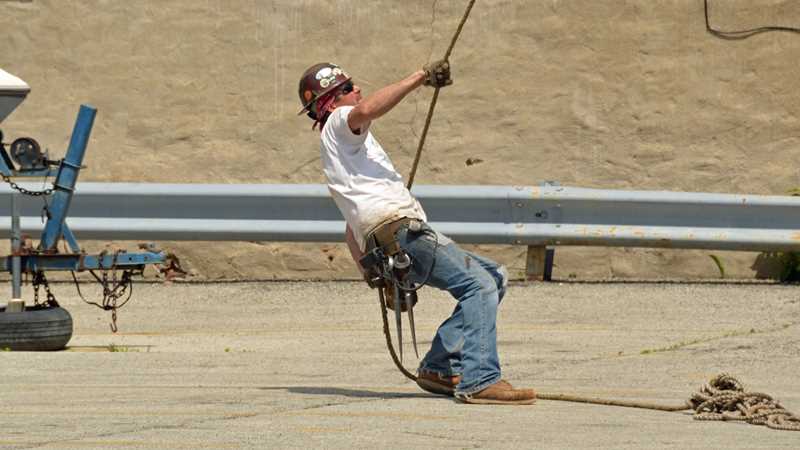 On the ground, iron workers moved to different positions with their tag lines to help control the boom section’s rotation and sway. 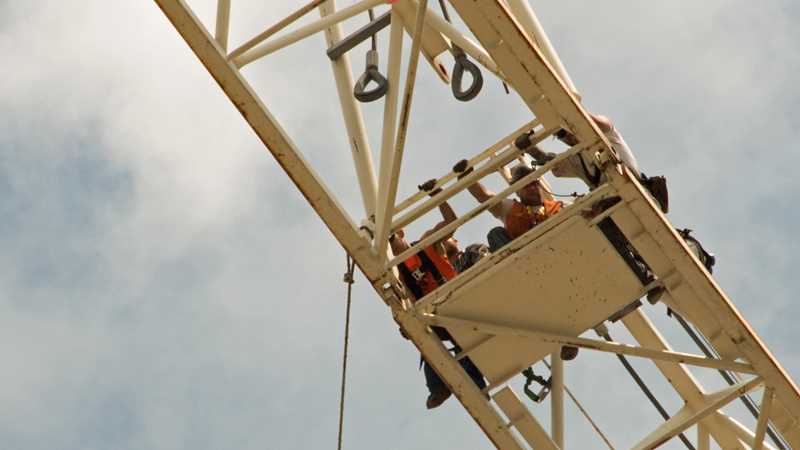 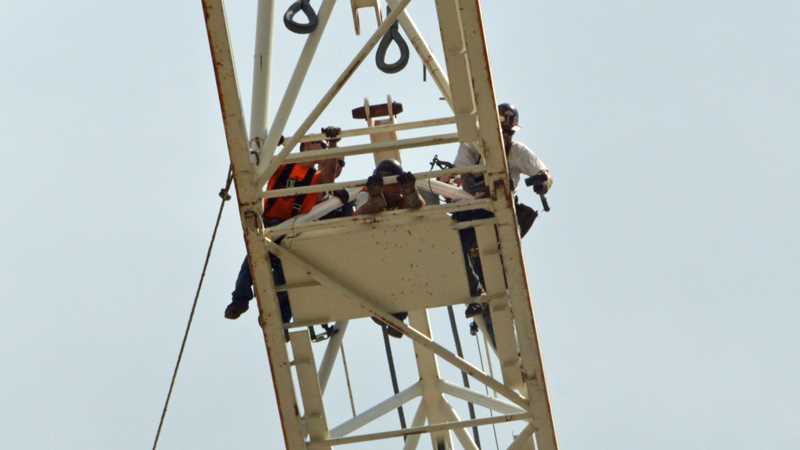 The second pass at connecting the final section of the boom was successful, and iron workers muscled it into place and began hammering in the pins that hold the sections together.

You can watch the 4-day assembly of the tower crane at the recently-opened K2 Apartments in the following 4-minute video: