Is demolition near at Lincoln, Belmont and Ashland? 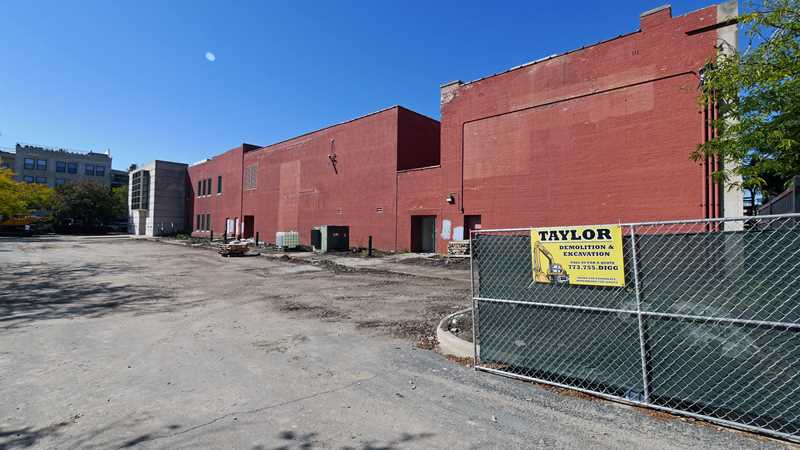 A second step appears imminent. There’s construction fencing at the north end of the site and signage from a demolition company.

We first reported on plans for development of this prominent site into retail and lofts back in February of 2007.

October 1 update: Curbed is reporting (with pictures) that the demolition is underway.