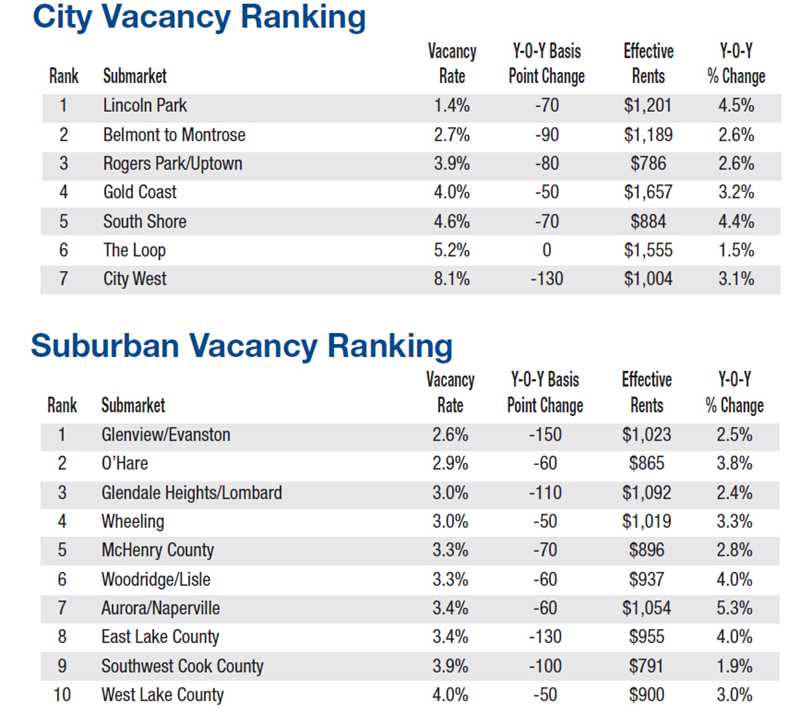 According to the report’s summary:

A solid pace of hiring by local employers in the first nine months of 2012 will drive new tenant traffic and support higher rents in the year’s final quarter. After 14 consecutive quarters of positive net absorption, city properties are well-positioned for a prolonged run of steady operations and improving performance. A concentration of major employers and recent initiatives by local officials to boost downtown employment bode well for enlarging the renter pool in the city. Construction is picking up with new project announcements reported regularly, underlining developers’ keen motivation to prepare for a coming wave of new rental households. Many discussions on the metro’s apartment sector, though, tend to overlook the suburbs, where performance is strengthening. There has been virtually no suburban construction for a few years and the pipeline of planned projects equals only 3 percent of existing stock, compared with about 11 percent in the city. As a result, subdued construction will persist in the near term, while improving employment at corporate campuses, office parks and hospitals will stoke tenant demand.

The continuing improvement in property operations and a deep stock of urban and suburban properties are sustaining an ac¬tive investment market. Cap rates in the entire metro average about 6 percent, reflecting a decrease of about 30 basis points from the start of the year. Intense investor competition for assets and an increasing number of lenders offering low rates on acquisition loans are applying downward pressure on first-year returns. Long-term pricing trends in the market continue to hold true, though, with institutional assets in the city generally changing hands at the lowest cap rates, and cap rates rising as distance from the urban core increases. New rental construction in the city will surely command attention in the months ahead. However, many tenants who rent in small walk-up properties likely do not profile as renters in Class A high-rises. The effect of new construction, therefore, may be to more clearly distinguish the city’s renter pools and thus delineate greater space for owners of smaller rentals to operate effectively and profitably.

Free registration is required to access the full report (pdf).