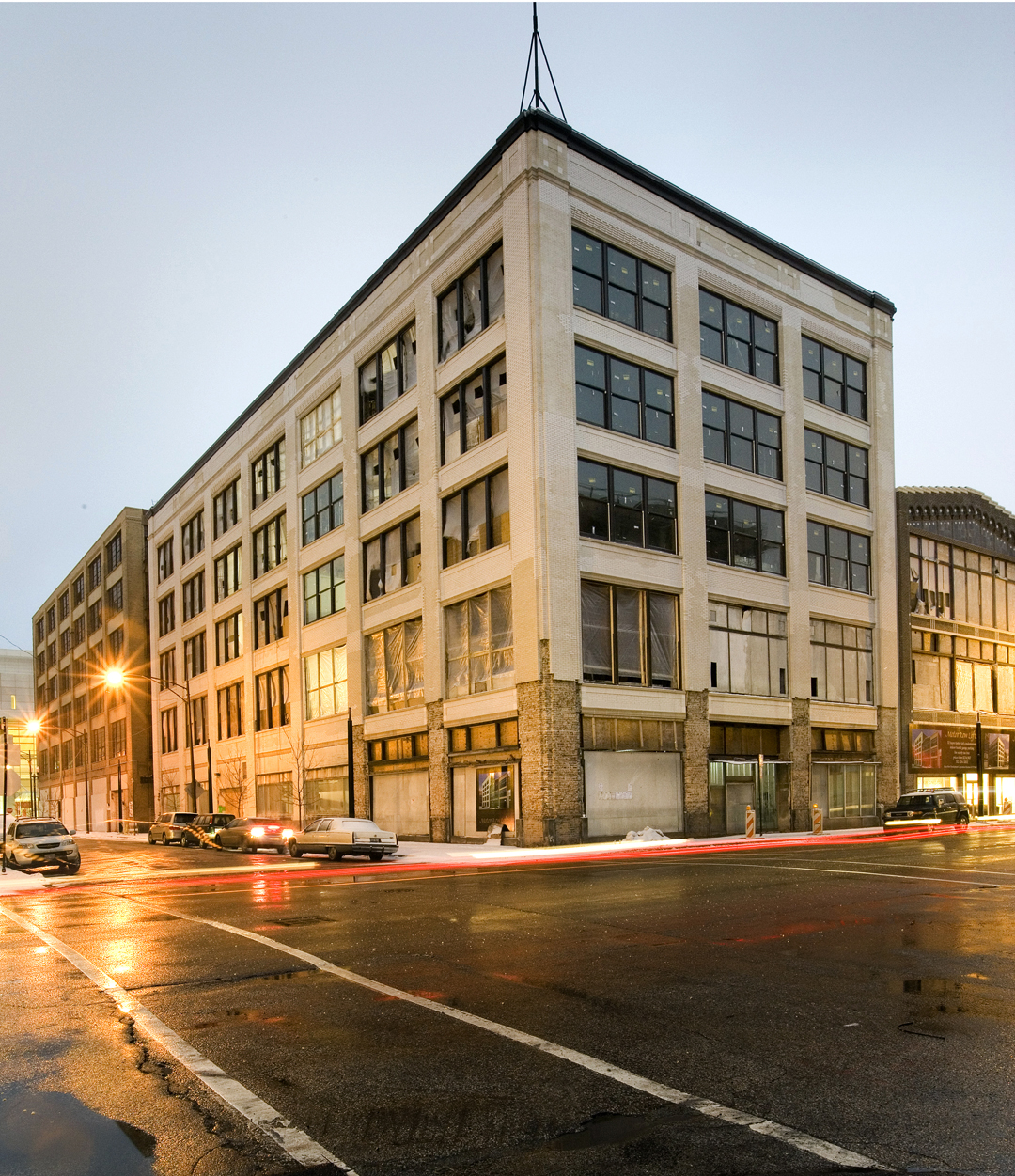 These days, not many top architects design car showrooms, but in the early 20th century, the latest Pierce-Arrows, Fiats and Fords were displayed in lavish buildings located along South Michigan Avenue, in the area known today as the South Loop.

Cadillac enlisted noted architecture firm Holabird & Roche to design three buildings with distinctive, ornamental terra cotta facades in the 2300 block of South Michigan Avenue. The five-story white Cadillac Building and its slightly shorter neighbors, the Cowles and the Saxon, were built between 1911 and 1915.

Motor Row Development Corp is now transforming the three properties at 2301 – 2315 S. Michigan Ave into 52 lofts. Unique historic features in some units include transom windows cut into the ceilings and oversized elevator shafts turned into bedrooms.

Because the buildings fall within the boundaries of the Motor Row Historic District, buyers get an eight-year tax assessment freeze under Illinois’ Property Tax Assessment Freeze Program.

Motor Row Lofts was 44 percent sold in January, according to Tina Feldstein, of Koenig & Strey GMAC Real Estate, one of the marketing agents. Prices range from the $310s to the $650s for one- to three-bedroom units. Deliveries are scheduled for the spring of 2008.