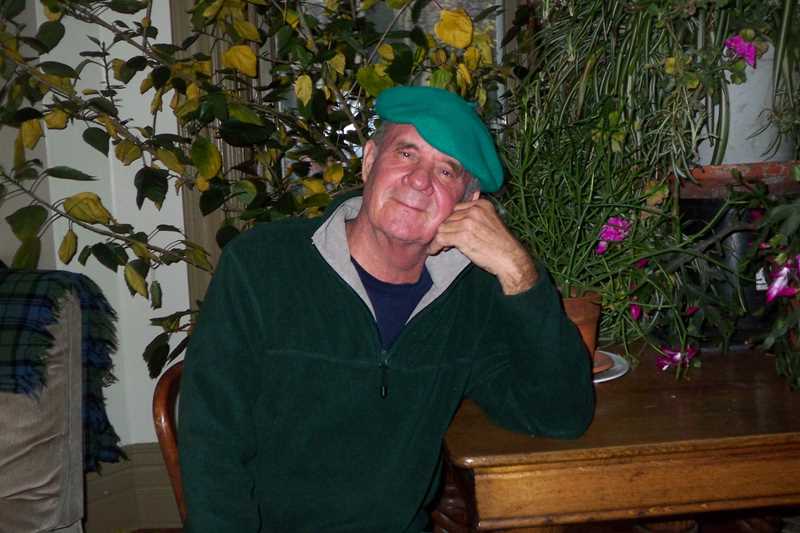 William “Bill” Lavicka impressed, charmed and captivated many people during his life, including many in the media, Don DeBat among them. Don became friends with Bill in 1974 when he wrote a neighborhood story on the Jackson Boulevard Historic District. They made wine together in Bill’s basement since 1983. Don sent along this remembrance of Bill:

William L. Lavicka, 67, a master architectural preservationist who renovated Chicago churches and restored countless vintage buildings in the city, died at home on Wednesday April 18, 2012 after a long illness.

Mr. Lavicka helped co-fund the 1970s preservationist movement for urban pioneering of the 1500 block of West Jackson Boulevard, now listed as a national landmark on the National Register of Historic Places.

He headed Historic Boulevard Services, a design and construction firm specializing in historic preservation, a business that has helped to save more than a dozen Chicago churches as well as build or renovate 200 urban housing units.

“A fierce advocate of the greening of America’s cities, he planted at least 500 trees in his lifetime, on private properties and city parkways,” said Amber Lavicka, his daughter.

“Urban pioneer Lavicka was a tough, innovative guy who served in the Seabees during the Vietnam War, often told war stories about his adventures renovating abandoned properties on the Near West Side for the past 35 years,” said Kelsey Lavicka, one of his sons.

“A true renaissance man, Bill Lavicka saved crumbling churches, snatched them from the devil’s wrecking ball and danced with cherubs while renovating the Angel Lofts,” said Don DeBat, former Chicago Sun-Times real estate editor. “Now, he likely is soaring in the clouds with angels, and drawing sketches to renovate the pearly gates of heaven.”

The voice on Lavicka’s answering machine always said he either was out “chasing butterflies,” or “smelling flowers.”

More than likely, this wiry little man with incredibly strong hands forged from manual labor on the construction site, was at City Hall trying to save a building from the wrecking ball or urging Mayor Richard M. Daley to create more parkland on the Near West Side.

Lavicka worried about city blocks ravaged by teardowns that look like “a mouth with missing teeth.” He championed saving the city’s turn-of-the-century brick and stone buildings and battled to save many structurally sound properties on the South and West sides.

In 2010, while renovating the Gut Heil Haus, a turn-of-the-century fortress-like building that formerly was a German Social and Athletic Club at 2431 W. Roosevelt Road, Lavicka slept in the property at night armed with a baseball bat to guard its beautiful interior appointments.

The renovation of the old West Side German beer hall is just one of dozens of vintage properties Lavicka personally saved from the wrecking ball while serving as an urban commando.

His swashbuckling victories against the urban pirates range from helping save vintage mansions on the South and West sides to the spirited renovation of a dozen churches, including the Church of the Epiphany, at Ashland and Adams, Holy Family Church on the Near West Side, and St. Mary’s of the Angels in Bucktown.

A few years ago, a developer was planning to raze an aging mansion on Ashland Avenue, around the corner from Lavicka’s Jackson Boulvard home. His solution? Buy the mansion, hire a crew to move the building around the corner to Adams and Laflin, where Lavicka poured a new concrete foundation, anchored the property there and proceeded to renovate it.

One of Lavicka’s last renovation ventures was his plan to save the landmark Raber House, an 1860s mansion at 5760 S. Lafayette Ave. The plan called for renovating the mansion and transforming it into a boutique winery and a wine-making school while planting 5,000 grapevines on nearby vacant land, said Corey Lavicka, his youngest son.

Lavicka, the artist, also excelled in the art of public sculpture. His Viet Nam Memorial at 815 S. Oakley designed around cast-iron columns discarded from the razed Page Brothers Building in Chicago’s Loop. He also created the whimsical 25-foot-tall sculpture of a forearm and baseball glove catching a ball on the Near West Little League playing field.

Mr. Lavicka also built avant-garde furniture for his home, created art from recycled wood and metal, and was a winemaker extraordinaire who corked more than 20,000 bottles of “Chateau Chicago,” his homemade red wine over the past 35 years in the basement of his renovated Jackson Boulevard home, a residence he dubbed “The Mother House.”

These works of renovation and art are just a few of dozens lovingly outlined in “Urban Structure,” a self-published book authored by Lavicka to remember his life’s work in words and pictures accomplished over the past four decades.

The book, completed in 2011 while Lavicka struggled to recover from illness, is an amazing record of accomplishments by a creative and tenacious man.

In 2011, to recognize Lavicka’s contribution to the city, 2nd Ward Ald. Robert W. Fioretti presented a resolution to the City Council and Mayor Emanuel to honor his good work as “a recycler of epic proportions, a master of creative reuse long before it was a popularly accepted and touted practice.”

Mr. Lavicka was a licensed civil engineer and a structural engineer. He earned a Bachelor’s of Science degree from Illinois Institute of Technology in 1967. He served in the United States Navy including a stint in Vietnam as a Seabee, rising to the rank of Lt. Junior Grade. He was honorably discharge in 1971.

A memorial event is being planned to celebrate William Lavicka’s life. In lieu of flowers, the Lavicka family would be happy to accept contributions for the perpetual care of the Mary and Alys Garden. Donations in his name may also be made to the Chicago Hope Academy, and the Vietnam Survivors Memorial c/o the family.