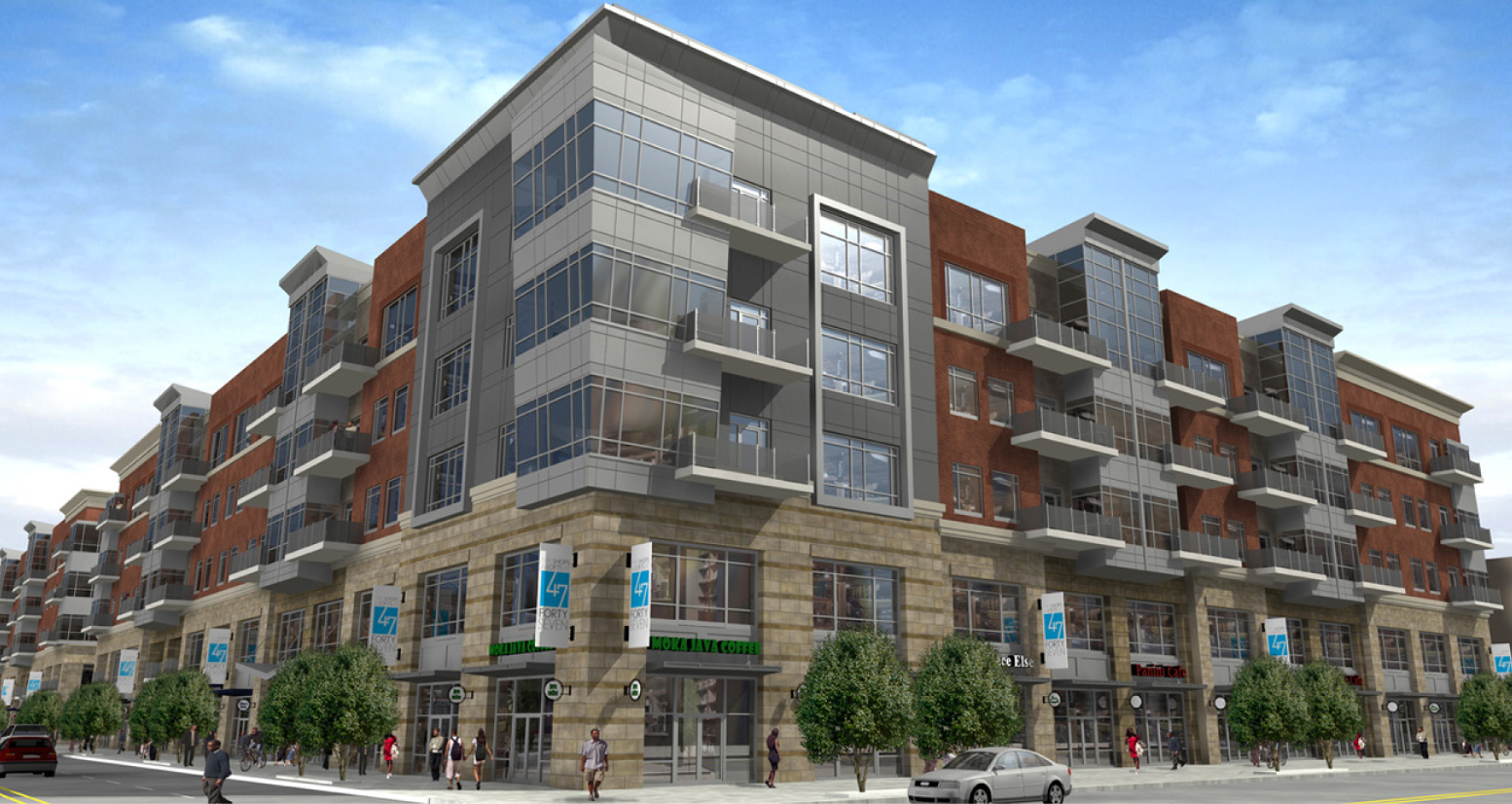 Way back in April 2007, we caught wind of a proposed development in Grand Boulevard called the Shops and Lofts at 47. The mixed-use project at 47th Street and Cottage Grove Avenue was to have 167 condos, 45,000 square feet of retail space, and 15,000 square feet of office space. It never moved forward, but apparently its developer, Mahogany Ventures, and the Quad Communities Development Corporation never gave up on the idea.

LISC/Chicago’s New Communities Program reports that the project should break ground later this year or in 2011 with one significant change in place — instead of condos, it will feature apartments. According to LISC’s article, the project’s first phase will have 70 residential units and about 28,000 square feet of retail, while a second phase will have another 70 units and 20,000 square feet of retail. A parking level on the second floor of each building will buffer the ground-level retail from the upper-level residences.