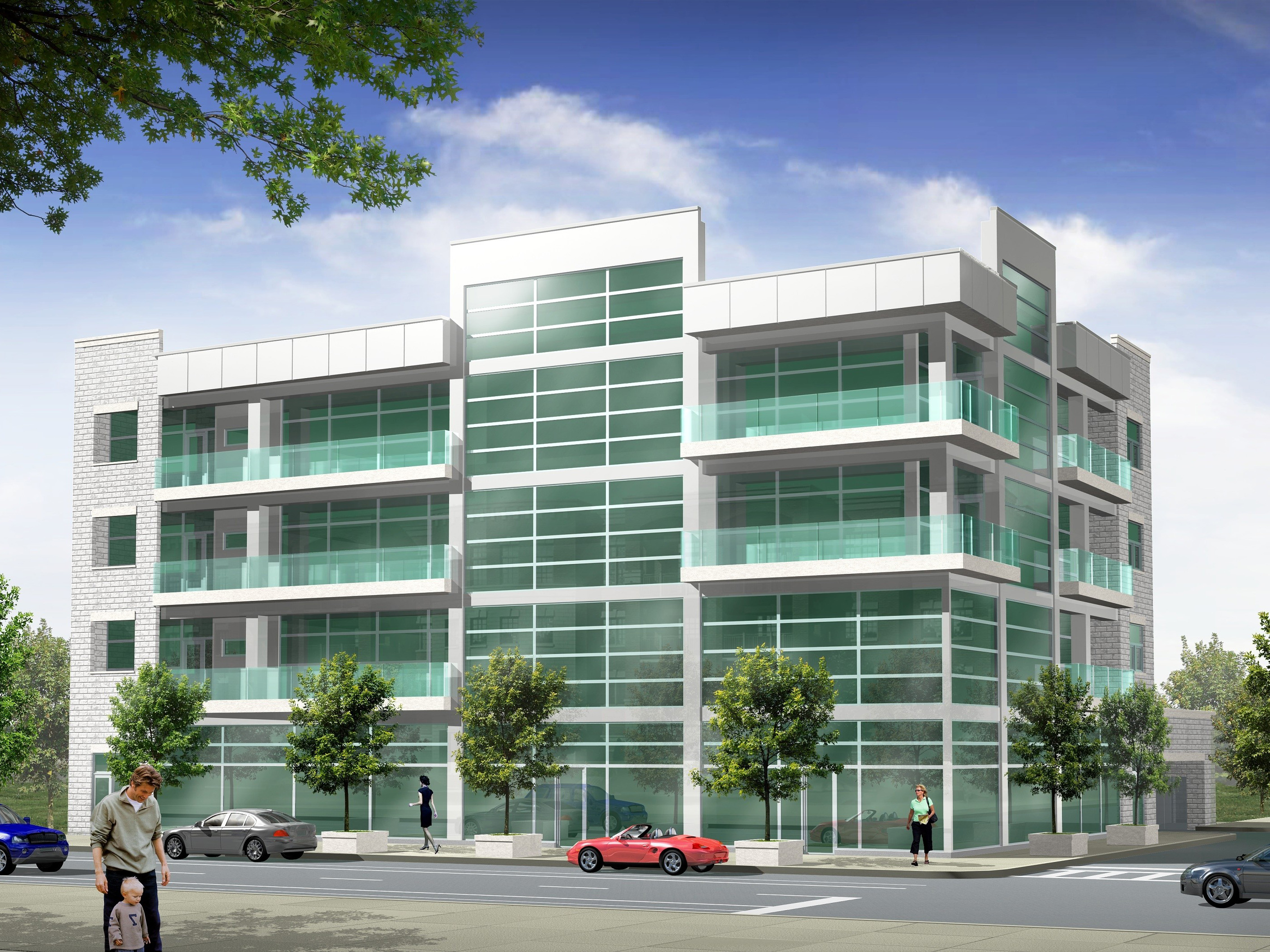 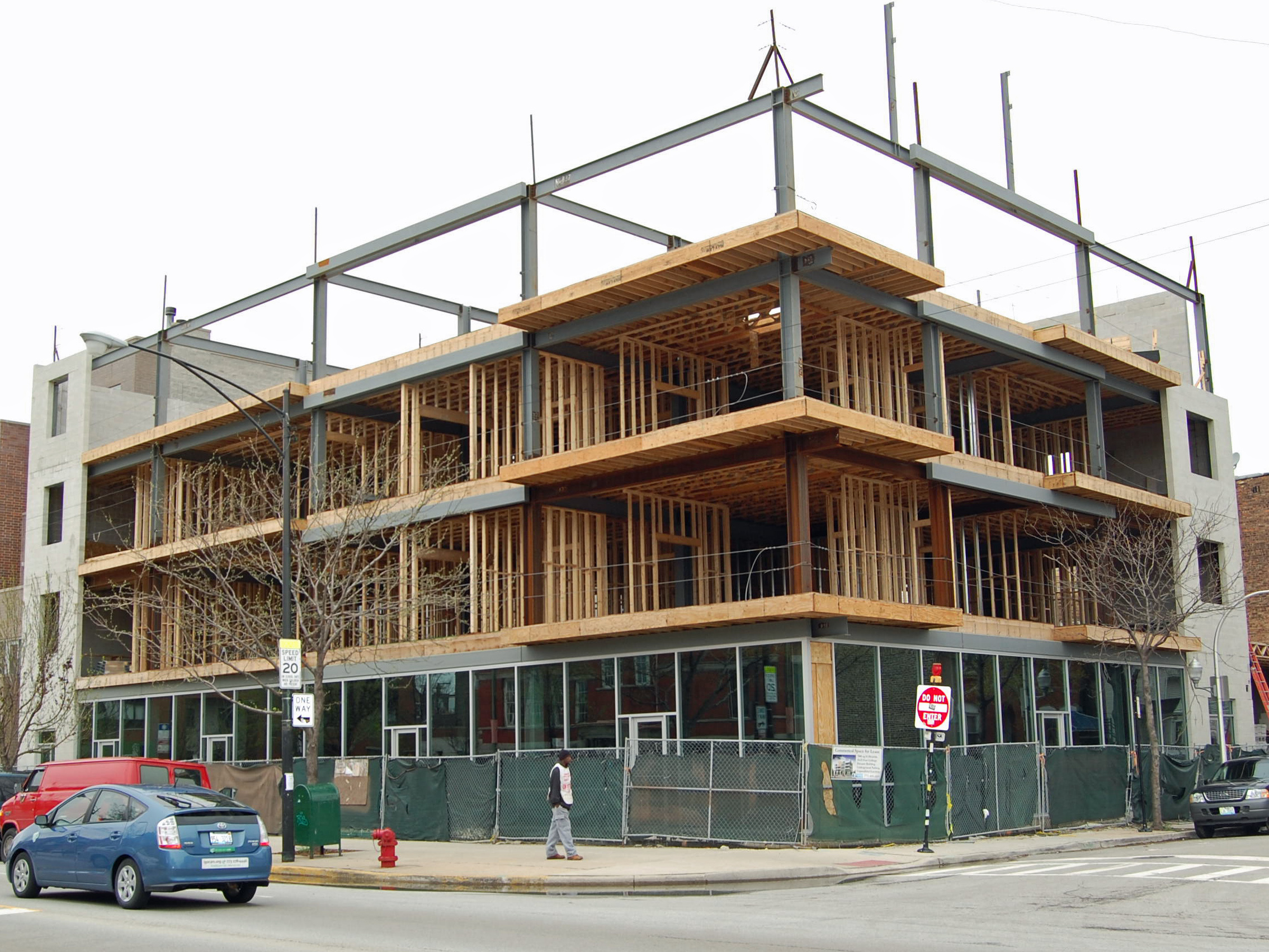 Fast-forward to the 1:07 mark of the Division Street walk-around video below and you’ll see the shell of a mixed-use building at the corner of Division and Marion Court in Wicker Park. 1838 West Division was slated to have nine to 11 two-bedroom / two-baths and four ground-level retail spaces, but the construction site has been silent all summer long.

Crain’s reports today that Joseph Annunzio’s development faces foreclosure following a default on a $5.5 million construction loan. Annunzio failed to pay taxes on the property because InBank stopped funding the loan earlier this year, according to the article.

According to the couple of short posts Mark devoted to 1838 West Division last winter, its homes were priced from the $390s to $790s, and construction was slated to wrap in spring 2010.