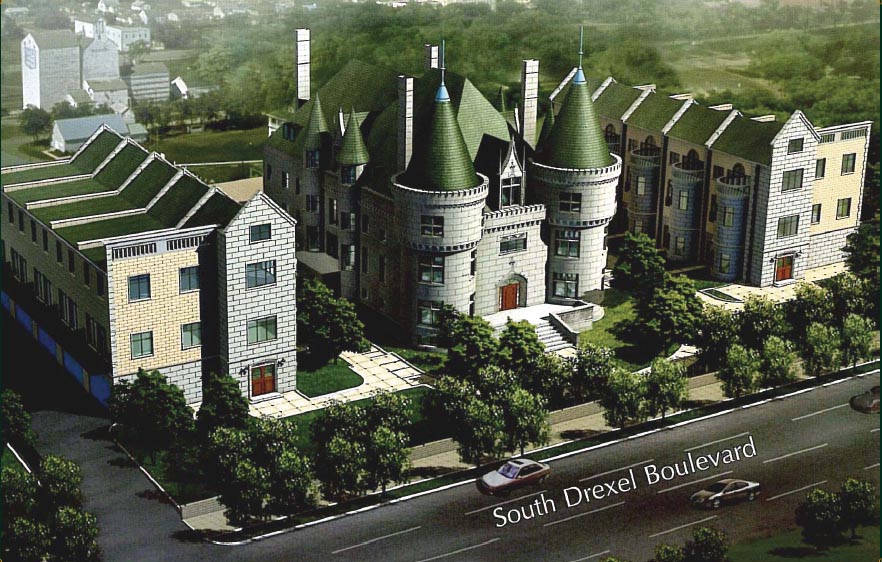 After another year of slow sales at Kenwood’s McGill Parc Townhomes, the developer has made some pretty significant price reductions. When I wrote about the development last May, the eight 2,800 to 3,600 square-foot townhouses were priced from the $490s to the $650s. @properties took over sales from Coldwell Banker in the fall and introduced some new pricing in February. According to @properties agent Treanna Evans, the homes are now priced from the $390s to the $440s — a 20- to 30-percent drop from previous prices.

McGill Parc Townhomes, 4926 – 4946 S Drexel Blvd, is certainly one of the more arresting developments we cover, and its history is no less extraordinary. Last year, Coldwell Banker agent Kimberly Chase-Harding told me that all 10 of the townhouses in the development had been under contract before developer Gary Poter was stabbed to death by one of his employees.

After Poter’s death all 10 contracts were lost, but the development was taken over by the Los Angeles-based Alliance Property Group, and the project was built with only one pre-construction sale. According to Treanna Evans, still only one of the four-bedroom townhouses has been sold, but she says that a second home went under contract within the past week.

In addition to the for-sale townhouses, a pair of rentals are also listed on the MLS. Both homes have four bedrooms and four baths, and they’re renting for $2,500 and $2,750 per month.