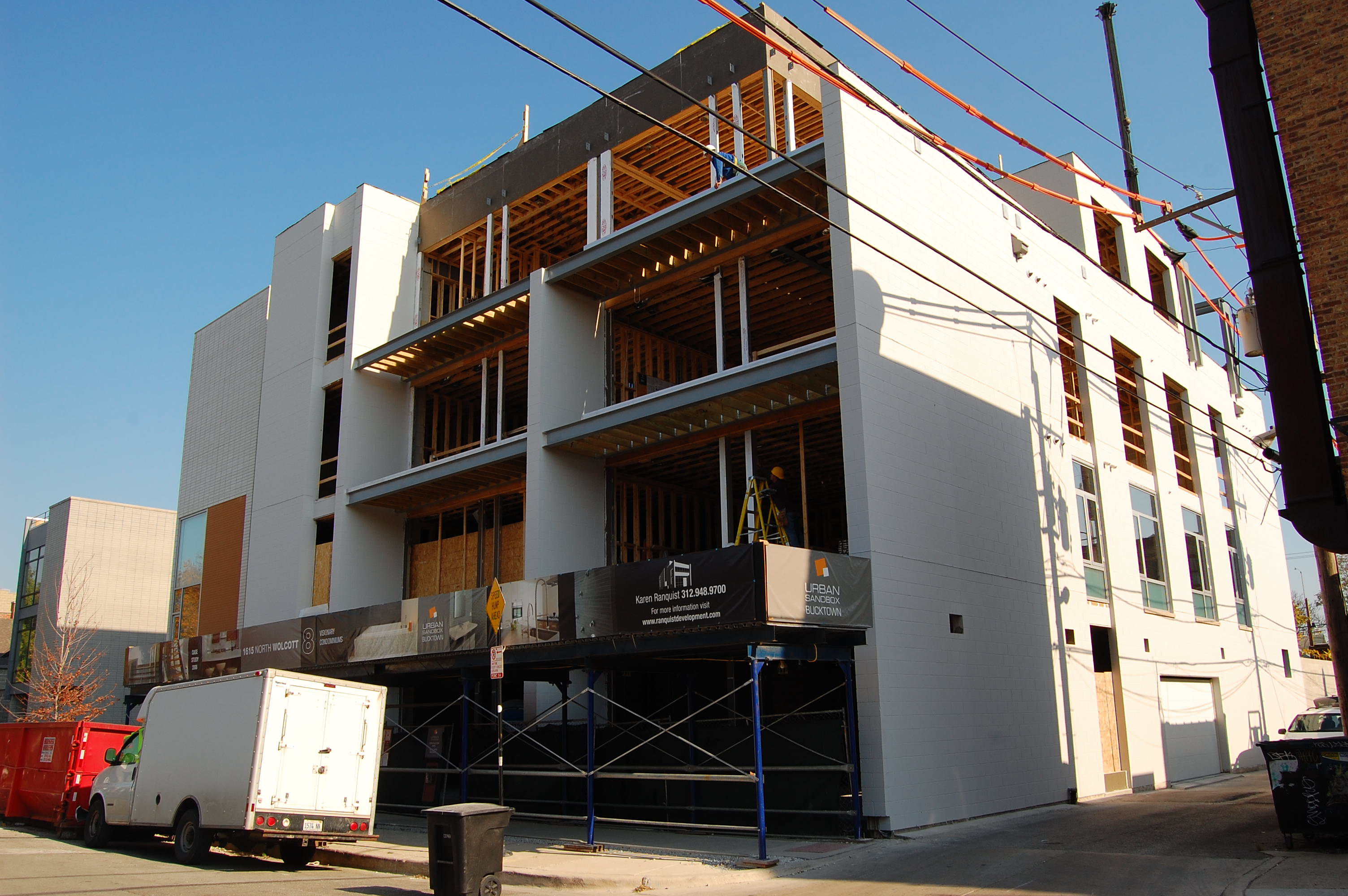 At this rate, we won’t have many more opportunities to post construction checkups for the mid-rise portion of Ranquist Development‘s Urban Sandbox, which continues to take shape at 1615 N Wolcott Ave in Bucktown. 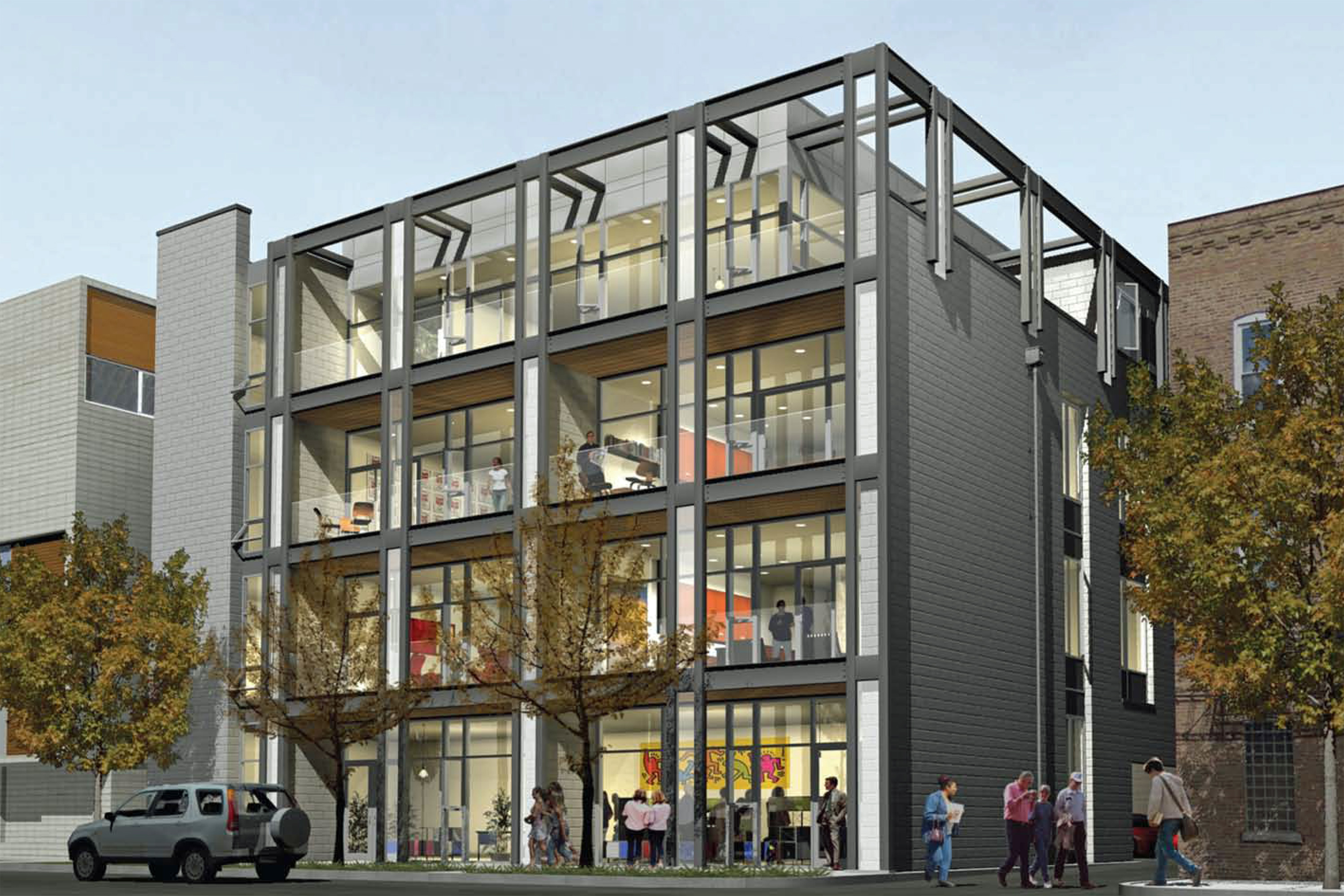 The building’s roof is up, and workers soon will start installing its windows, according to developer Karen Ranquist. Four of the eight homes in the building are under contract, which is one more than Joe reported in August. According to previous Yo posts, prices for the remaining homes in the mid-rise range from the $690s to $1.2 million.

When I took the above photo, it also looked like some foundation work had begun on at least one of the single-family homes to the north of the mid-rise in the 1600 block of North Wolcott. Two more of Urban Sandbox’s single-families are already in place.

Ranquist’s other new project at 2028 W Division St in Wicker Park looks like it’s ready for vertical construction (image below). Ranquist says one of the six homes in that building have been sold so far. The remaining condos will be priced from the $590s to the $790s.

For the architecture buffs out there, the Urban Sandbox mid-rise is designed by the Seattle-based Miller-Hull Partnership, and the singe-families are by Studio Dwell and 2028 Division is designed by Osterhaus McCarthy. 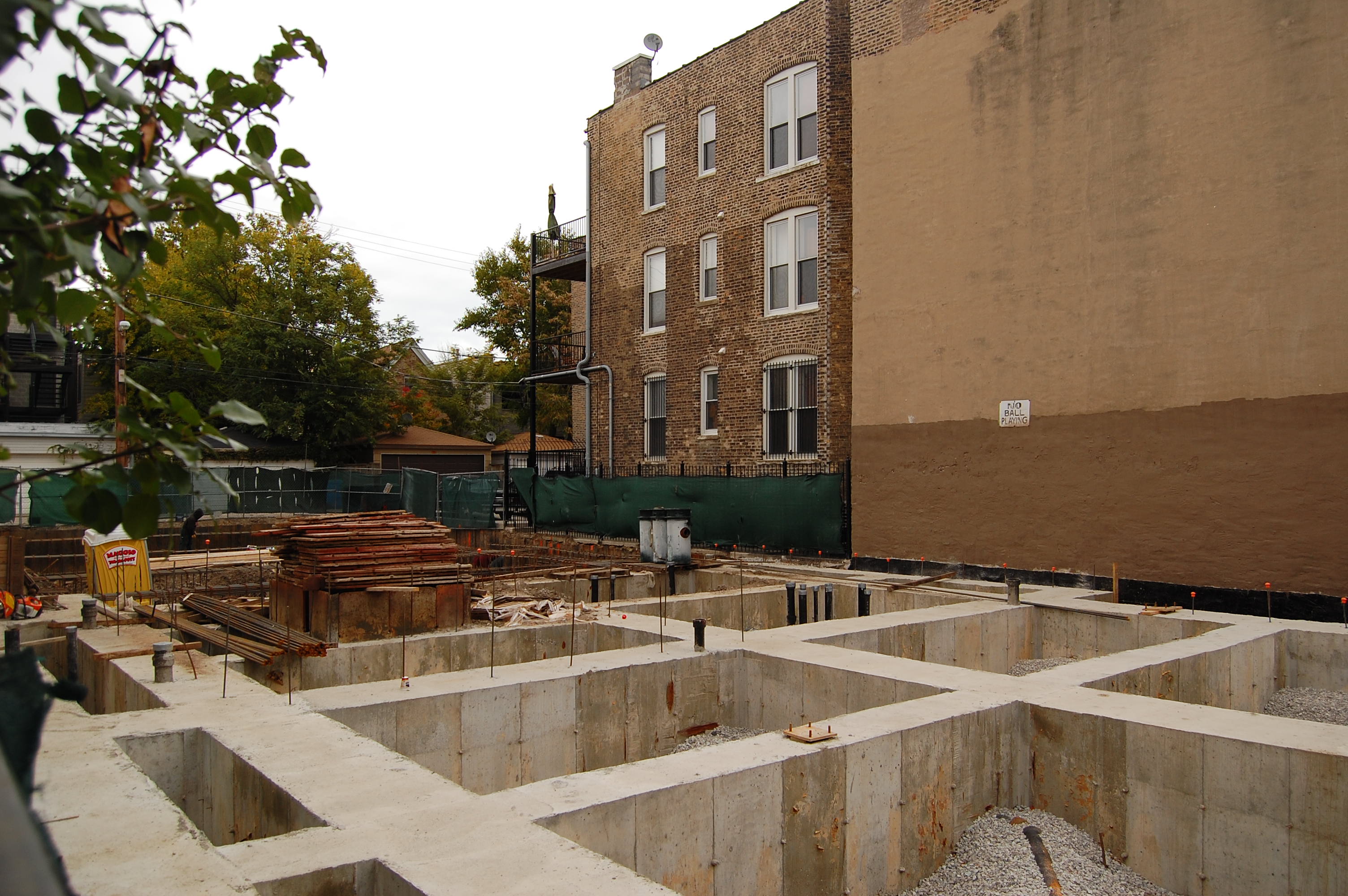