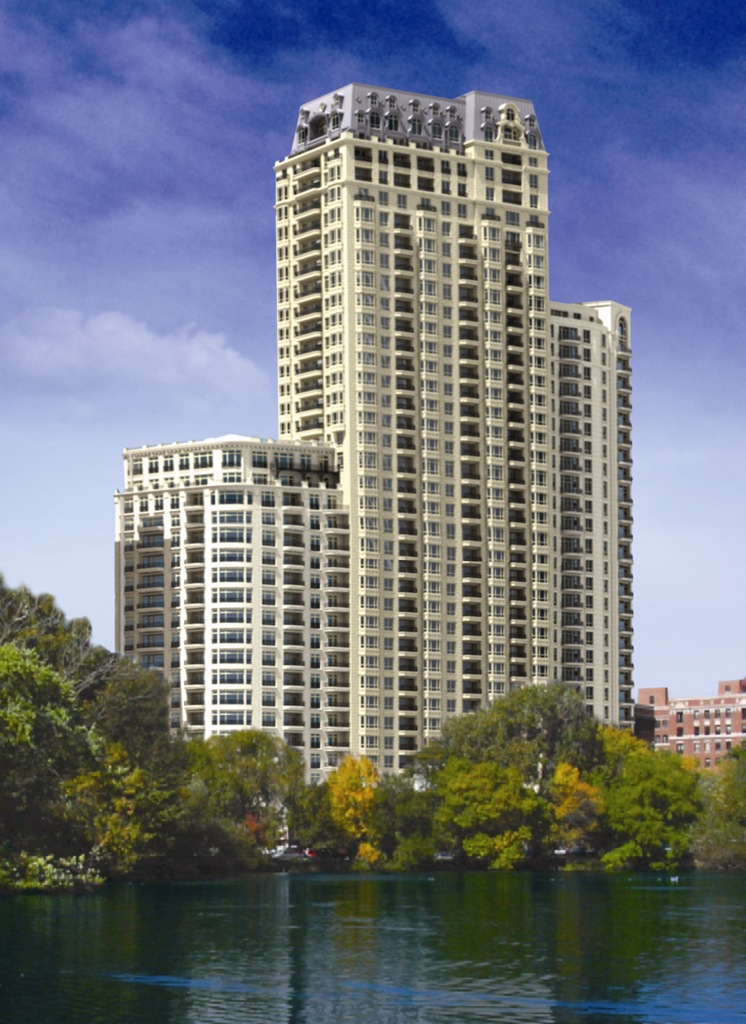 We’ve had surprisingly little to report about Lincoln Park 2520 over the past few months, so when reader David recently asked for an update about the tri-tower Lincoln Park development at 2520 N Lakeview Ave, it seemed like a good excuse to see what (if anything) is new.

It looks like the project is still on track to completion and first deliveries in late 2010 or early 2011, the same target Joel reported way back in October of 2006. No date has been set for the start of construction, but workers have already started “cocooning” the Mother Cabrini Shrine to protect it from the construction activity.

Sales of the one- to three-bedroom condos reached the 40-percent mark after about 100 days on the market (roughly this time last year). The sales staff might not want to admit it, but things obviously have slowed considerably since that time. A call to the sales center today revealed that the project is a little more than half sold.

Only a couple of Lincoln Park 2520’s smallest one-bedrooms are still available at prices “around the $500s.” Larger one-bedrooms go for as much as $1.2 million, two-bedrooms are priced from the $750s to $1.7 million, and three-bedrooms are listed from the $970s to $2.4 million. Penthouse prices reach as high as $13 million, although one unpriced unit could eventually fetch as much as $40 million, according to the agent I talked to, which is a price I’ve only heard associated with the Spire‘s swankiest penthouse.

The total number of units is also in flux, since buyers have the option of combining units. Lucien Lagrange‘s design called for about 300 homes, but the final total could come out to somewhere between 220 and 250.