Side by side Wright bootleg homes sound an alarm 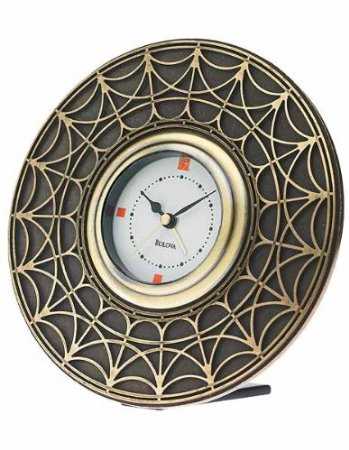 A year ago we invited you to consider this quote from John Shelette Van Bergen, a protégé of Frank Lloyd Wright:

Since the American architect has a great opportunity as a leader of the people toward honesty, simplicity and directness, he can educate their tastes and control, to a great extent, their morals and happiness.

It’s a rather delicious thought, having one’s morals controlled by an adulterous deadbeat who may have cheated his employers. Although the terms of Wright’s employment with the firm of Adler & Sullivan may have forbidden him from doing work outside the firm, he designed a number of “bootleg” houses.

Two of those homes just came on the market, on adjacent lots in Kenwood. They can be purchased separately or together, if you’d like to do Wright by your extended family.

For a mere $49.95, battery included, you can buy a Bulova alarm clock reminiscent of the window above the main entrance to the Blossom House.