Solstice on the Park: A tale of two developers 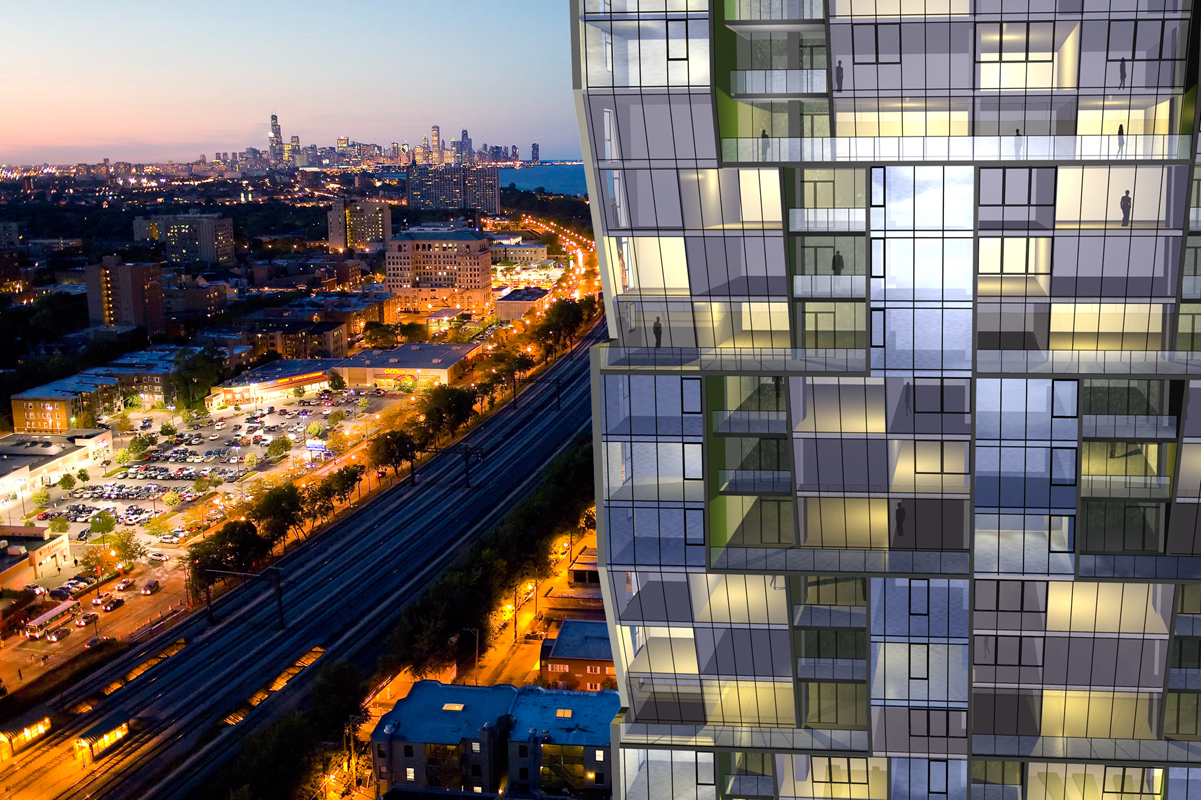 While several planned condo developments around town are delaying the start of construction, and others seem to be postponed indefinitely, @properties sales agent D. Waveland Kendt seems upbeat and optimistic about the prospects for Solstice on the Park, the 26-story Studio Gang-designed tower planned for 5526 – 5540 S Cornell Ave in Hyde Park.

“We like our traffic and we like our sales,” Kendt says. He says the numbers look just fine, considering that sales began around Memorial Day.

When pressed for some details, Kendt offers a story instead.

That means at least two of the units in Solstice have been sold.

Kendt says ground will break in the spring. Back in the winter, we had written that construction would begin in the fall of 2008 and delivery was scheduled for 2010. This should move deliveries to a later date.

– Rate and review Solstice on the Park at NewHomeNotebook.com.