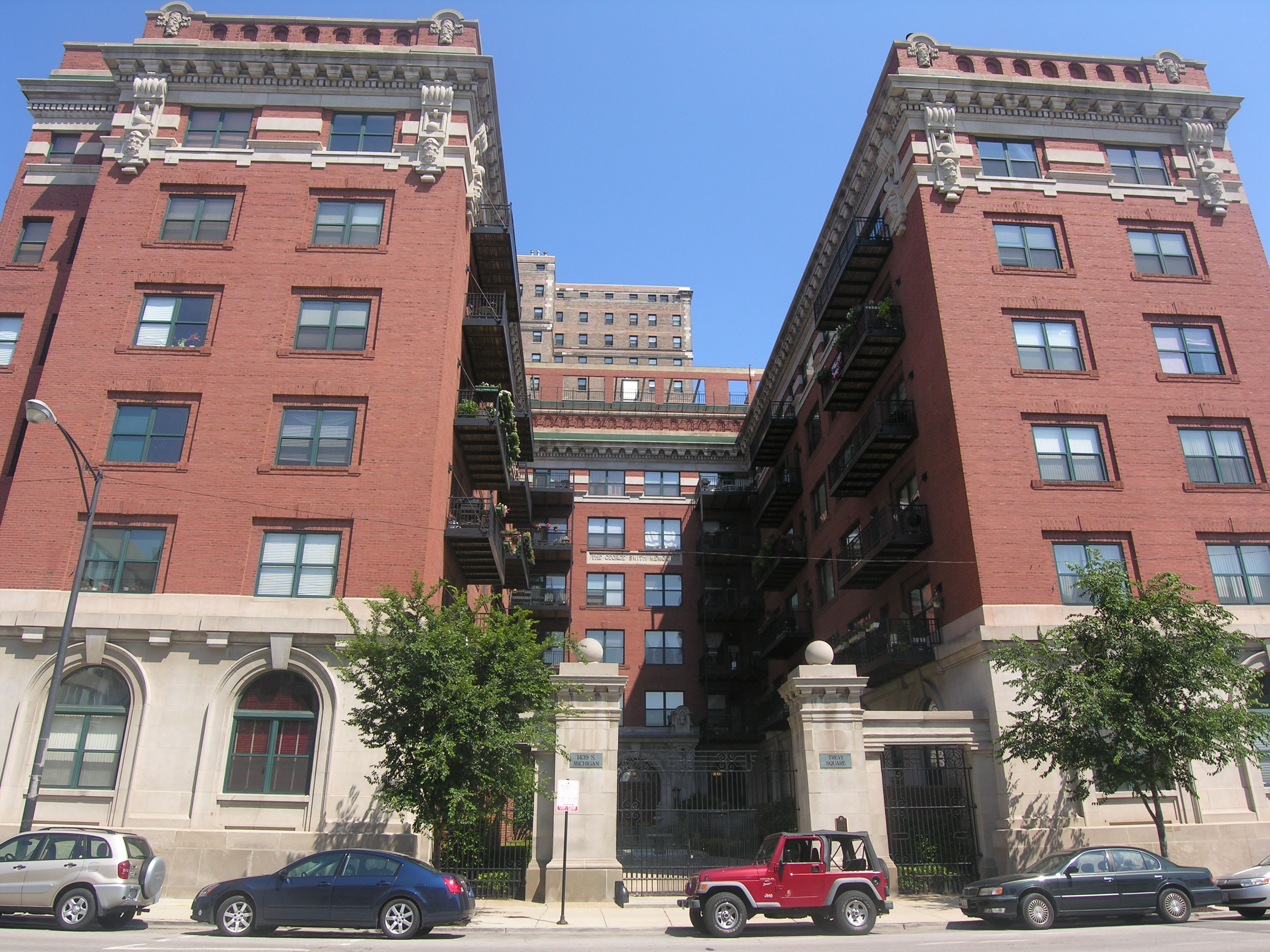 Laser & Mirro Development converted the former St. Luke’s hospital into 69 loft condos in 1995 after the 1908 structure had sat vacant since the ’70s. A little more than a decade ago, the building, which has intricate stonework, a landscaped courtyard, a vintage fountain and large balconies (thanks, Devyn), offered one-bedrooms priced from the $90s, though most were two-bedrooms priced in the $120s.

Today, units at Trevi (which, as one commenter pointed out, bears no resemblance to its namesake) are listed from the $280s to the $400s. The hospital treated a who’s who of prominent Chicagoans, ranging from Louis Sullivan to Frank Lloyd Wright to Richard J. Daley. Luxury rooms featured high ceilings, fireplaces and great views. Ceiling heights still range from 15 feet on the first floor to 20 feet on the 6th floor, and they’re 11 feet on all other floors.

Lofts at Trevi were built with exposed brick walls, angled hardwood floors, woodburning fireplaces and those large balconies, though as we’ve pointed out, north-facing owners must fear that it’s only a matter of time until a new development replaces the parking lot next door and destroys their views.

We can’t vouch for the state of the building a decade on, but for our money, this remains one of the coolest loft structures in the South Loop.