South Loop's GlasHaus high-rise is all about the glass 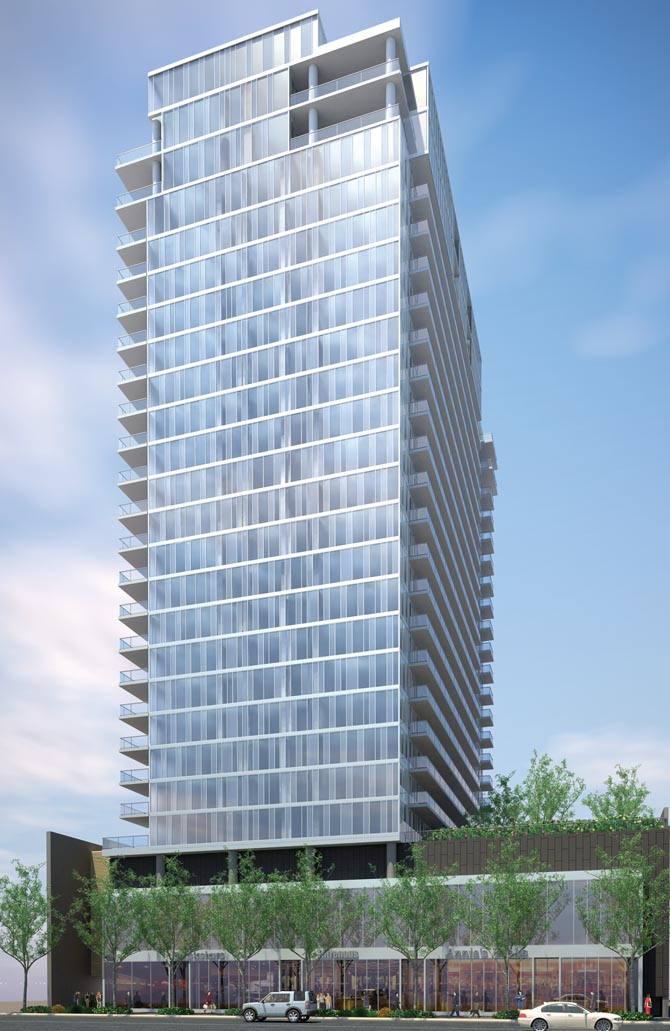 With a name like GlasHaus, and the nod to the Bauhaus school of architecture it implies, developer Piedmont Group‘s planned 25-story South Loop high-rise would have to be unmistakably modern.

“It’s a modern, contemporary glass box,” said Piedmont Group principal Dennis DeCapri. “We’ve tried to distinguish it a bit by taking some time to detail the walls.” In a neighborhood with several new glass, concrete and steel high-rises either completed or on the way, the very glass that makes up GlasHaus will make it stand out.

Architect Brininstool + Lynch, which has already left its stamp on a handful of South Loop developments, designed three different types of glass panels—translucent, reflective and opaque—of varying widths to make up the skin of the building, creating “what appears to be a random pattern floating across the wall,” DeCapri said.

Unlike some of the architect’s other South Loop projects—like 1720 S. Michigan, which DeCapri sees as more of an entry-level product—DeCapri thought GlasHaus would attract more mid-market buyers who are looking for larger spaces and more amenities in a contemporary building.

The residential tower rises from a four-story parking base that includes 12,500 square feet of retail space. Atop the base, DeCapri boasts of a unique park area with grass and trees, a dog run, a kitchen with grills, a sunning deck and a shallow lounging pool. A basement amenity level features a lounge, fitness center and spa, yoga studio, business center, private cinema, and bicycle storage. The building also has 24-hour door staff and a car-washing bay in the garage.

Condos in the 262-unit building have clean, usable layouts, DeCapri said. “We’ve tried to lay them out in a way that you don’t have awkward or small spaces. A buyer can come in there and really do a lot with the space.” Typical interior finishes include hardwood floors, stainless steel appliances, contemporary cabinets, granite countertops and stone throughout the master bathroom.

At press time, two existing buildings on the GlasHaus site, 1327 S. Wabash Ave, were slated for demolition in February. DeCapri expected construction to begin in April or May with first deliveries planned for the summer of 2008. A sales center and full model, located at 1420 S. Michigan Ave., were scheduled to open in early February.