Take on a Studio Dwell project in West Town for $285K 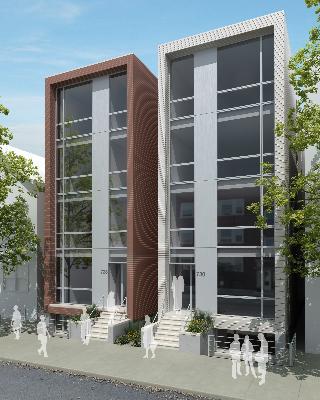 By late 2008, Williams was putting the finishing touches on the first building, located at 728 N Ada St, and intended to break ground on the second, at 730 N Ada St, sometime thereafter. Apparently that never happened, because yesterday Williams listed the lot at 730 for $285,000.