The Miracle House in Galewood 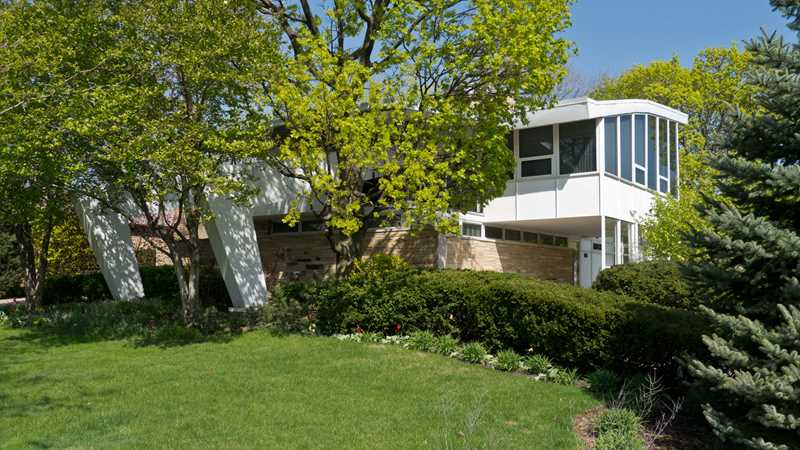 Yesterday I headed out to Galewood Crossings for an updated look at the development, and then ventured a mile further west to the Galewood neighborhood, from which the development takes its name.

Galewood is a pleasant, leafy, middle-class enclave that differs sharply from much of the larger Austin neighborhood of which it’s a part. Galewood’s homes are well-maintained. Its parkways are generally well-tended. There are very few board-ups and no visible signs of the gang activity and crime that borders the neighborhood. Galewood is also, unlike other parts of Austin, racially and ethnically mixed.

I stopped and chatted with a few friendly residents who gave mixed reports on the state of the area. One man, who bought his childhood home from his parents, is planning a move to the suburbs. He perceived the neighborhood to be on the edge of a downward slope, with street litter and overcrowded homes as signs of incipient and irreversible neighborhood decay. 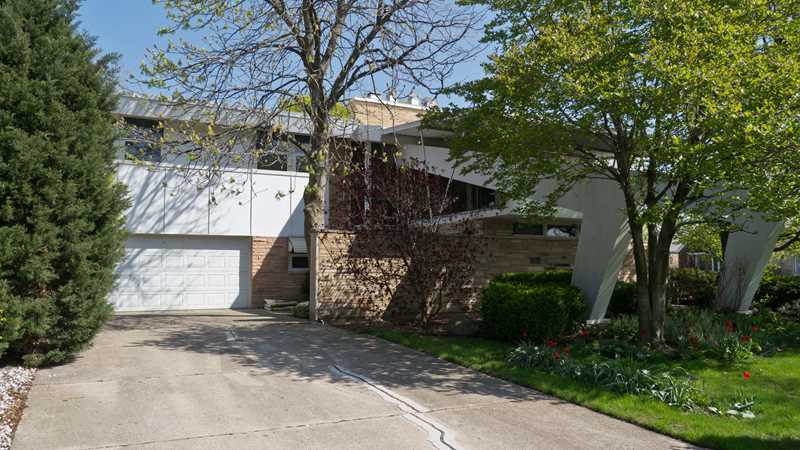 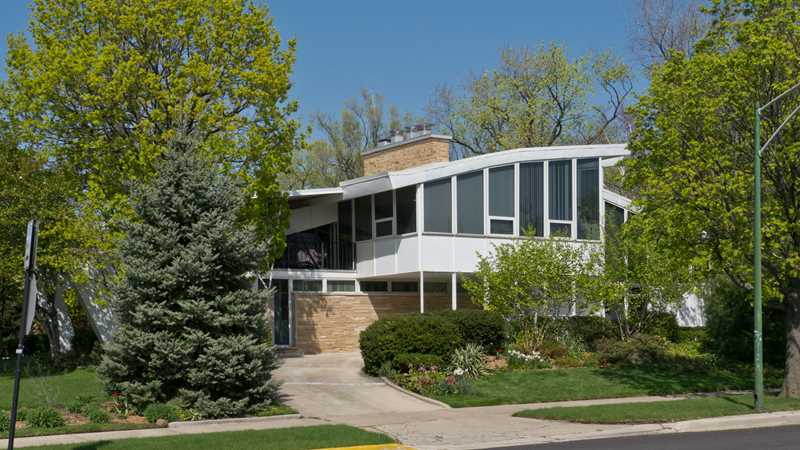 The Tribune’s Community Profile of Galewood notes its varied housing stock and quotes Nick Sposato, now the 36th Ward Alderman, as saying that “some of the architecture around here is unbelievable.”

The most striking home I saw was the large mid-century modern pictured above, at Armitage and Nordica. A neighbor informed me that the home was originally built to be raffled off to raise funds for a local church, was owned for a while by members of the Marano tomato family and is currently owned, he believed, by President Obama’s doctor.

There’s little information about the home online, apart from a post by a blogger who dubbed it her dream home. Several of the commenters mentioned having a dish / ash tray that was given to purchasers of multiple raffle tickets for “The Miracle House.” Late last year one of those souvenirs fetched $20.50 on eBay. Commenters noted that the home is more commonly referred to today as “The Spider House” for reasons that are apparent from the pictures.

Newer Post
A scene from the deadpool – Ogden Courts in Lawndale
Older Post
Should you hire an attorney who specializes in real estate?