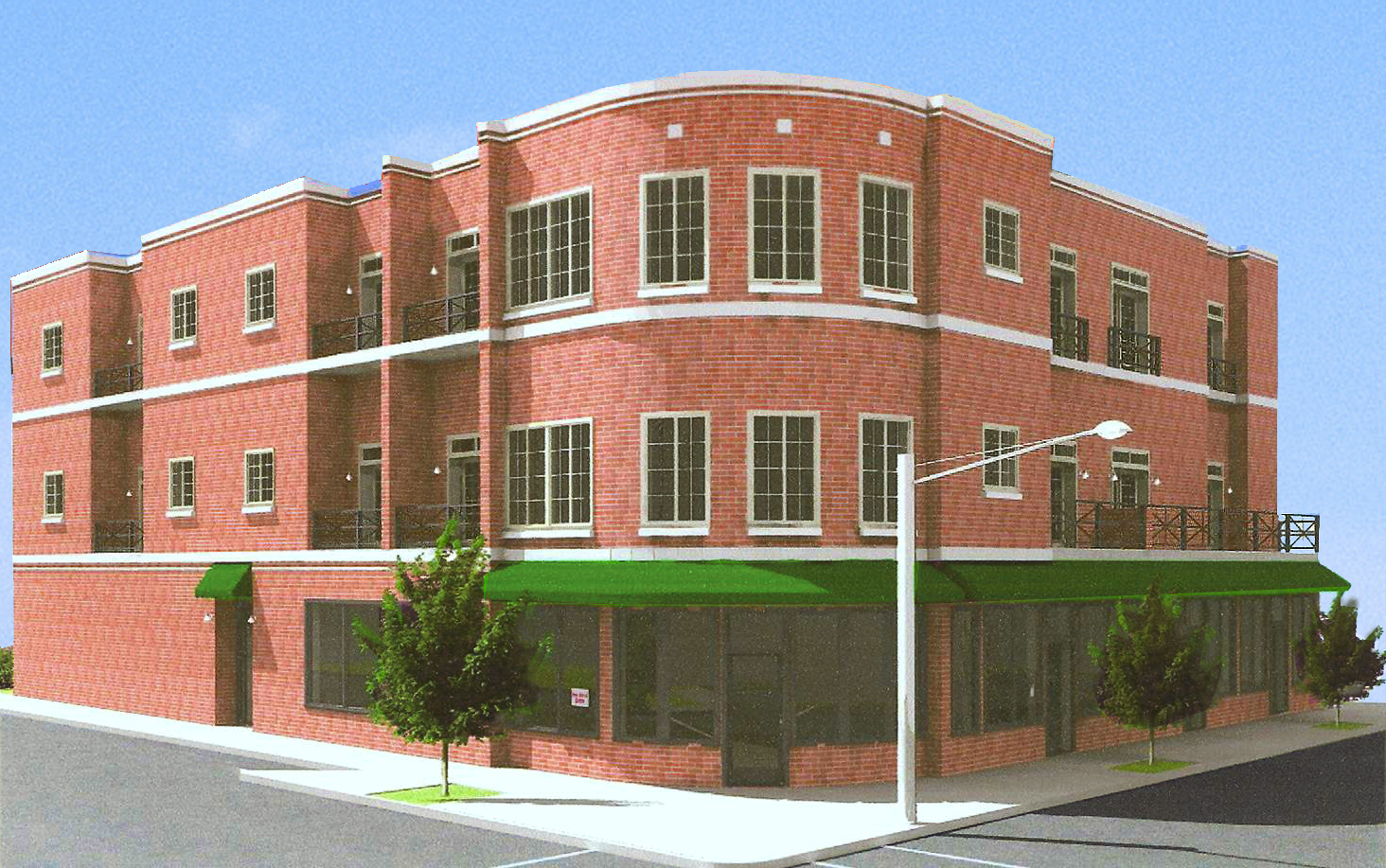 Central Square, a 12-unit condo development in Portage Park, is moving along, with deliveries expected in late July or early August, according to Helen Oliveri, leader of Coldwell Banker’s Helen Oliveri Team. Construction was well underway when we last stopped by the site at 3234 N Central Ave in October. So far, one unit has sold.

The building’s most most pronounced architectural feature is a rounded corner pointing toward Central Avenue and Melrose Street. (The design, by Laszlo Simovic Architects, LLC, also features a green roof.)

But if Central Square isn’t exactly square, it is arguably central, at least in terms of the Northwest Side. “It’s a stone’s throw away from the expressway," says Oliveri. It’s also relatively close to O’Hare International Airport. A gym, a Blockbuster and a fruit market are located within blocks of the building, Oliveri said. Two supermarkets, a Jewel and an Aldi, are a little more than half a mile away.

O’Malley Construction, Inc., which has developed more than a dozen condo projects and single-family houses on the North and West Sides, is building the three-story structure. The ground floor will be devoted to commercial space, and condos will occupy the second and third levels. Units have two bedrooms and two bathrooms, and come standard with hardwood floors in living areas, granite counters, stainless steel appliances and washers and dryers. The building has an elevator.

Prices range from the $260s to the $290s. One garage parking space is included in the price.