Views from the neighborhoods – and beyond

You can find surprisingly good views of Chicago’s skyline in places where you aren’t expecting to find them. Start with the view above, which stretches from Rogers Park to the West Loop. It was shot from a roof deck of the six-story apartment building at 1157 W Diversey, at the northern edge of Lincoln Park.

This is the view east and south from atop 1157 W Diversey.

This view was shot from a helicopter, but it approximates the views from a south-facing high-floor condo at 2800 N Lake Shore Drive. 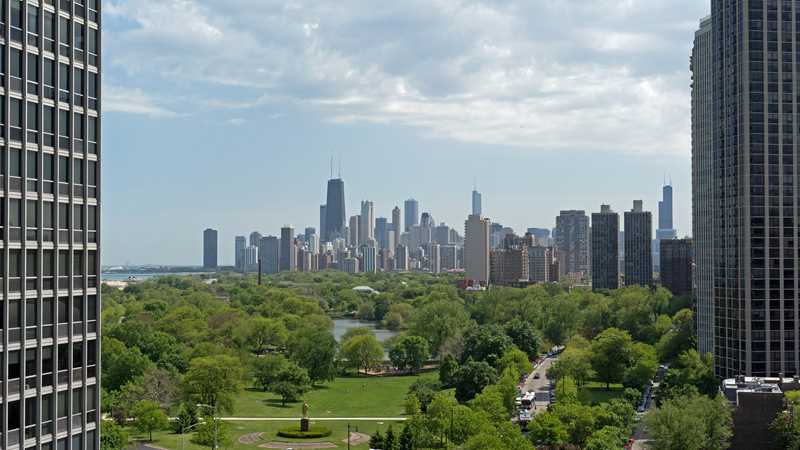 Some of the apartments at 2850 North Sheridan have the above view over Lincoln Park, which I shot from the roof of the building.

Six-corner intersections often serve up great cityscape and skyline views. The ones above are from Hairpin Lofts, 2800 N Milwaukee Ave, in Logan Square. 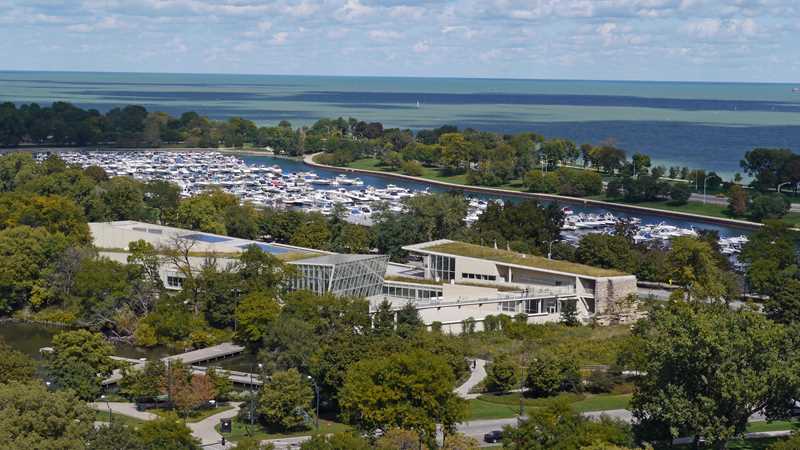 The landmark Belden-Stratford apartments, built as a hotel in 1922, has a rooftop sundeck with views that delight.

A bit further south, the rooftop at the 7-story 1940 North Lincoln is further proof that you don’t need to live in a high-rise to get a great view. 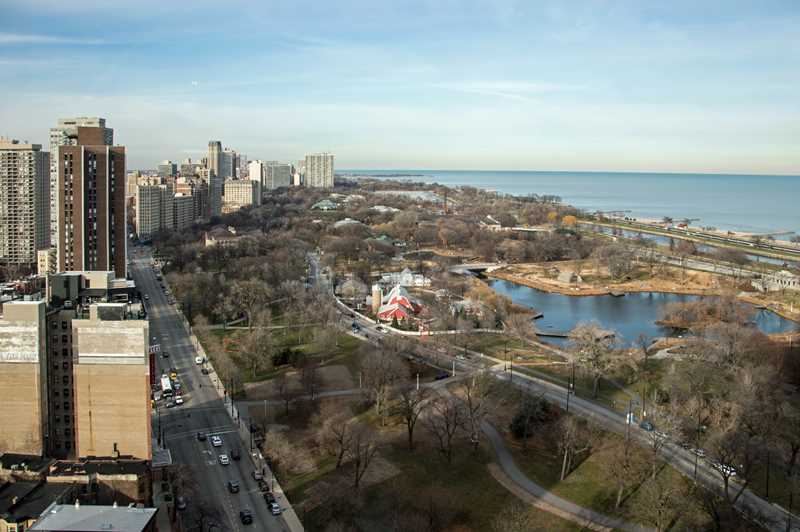 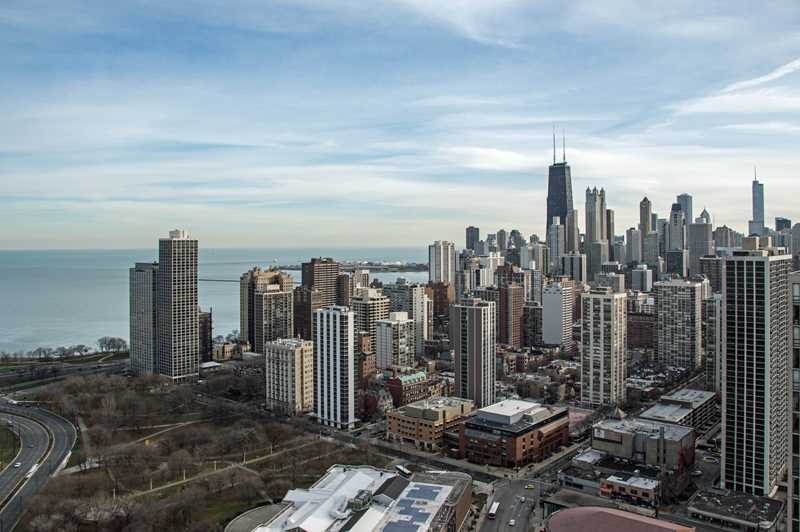 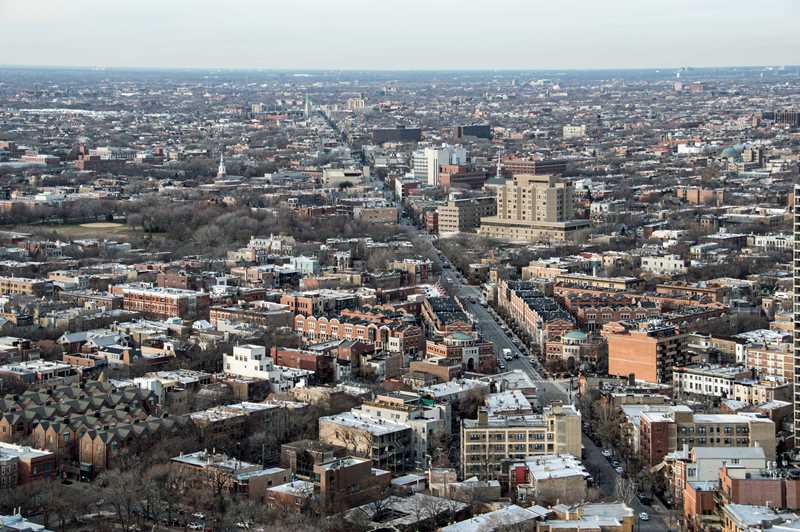 Further south again, at the northwest edge of the Near North neighborhood, SoNo’s two towers offer some of the most open vistas of the skyline.

Continuing our drift south, we arrive at a top-floor balcony at a Parkside of Old Town condo on Division Street in Old Town.

The view from the roof of Mondial apartments, 910 W Huron in River West.

If you’ve ever driven north from the South Side along the Dan Ryan Expressway, you’re aware of the panoramic views of the Loop and the South Loop as you pass through East Pilsen. The above shot is from the 4th floor deck of a townhome at Union Row, in the 500 block of W 16th St. A mile-and-a-half south of Union Row you can stand on a prairie path in 27-acre Palmisano Park and catch the above view of the skyline from Bridgeport.

The sun made a brief appearance just as I was wrapping up a tour of the recently-renovated Del Prado apartments in Hyde Park. 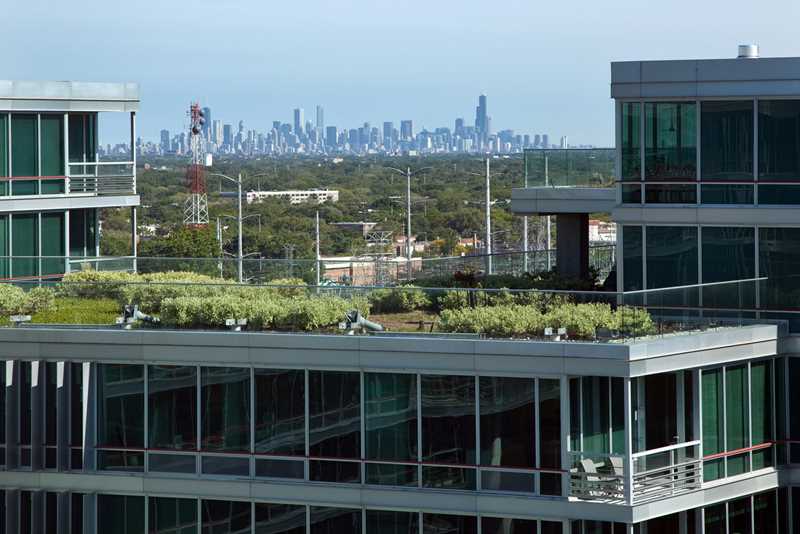 Skokie’s not exactly a Chicago neighborhood, and it’s one of the last places you’d expect to find a view of downtown, given the distances involved. This shot was taken by Michael Kardas from a penthouse unit at Optima Old Orchard Woods. 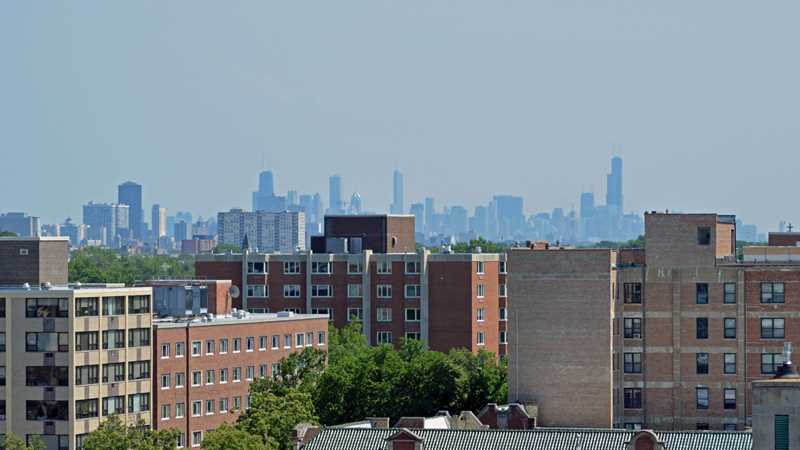 The new apartment complex at 1717 Ridge in Evanston serves up a limited skyline view from the balconies on upper floors. I didn’t have the clearest day for this shot.

You’ll find many more Chicago vistas in YoChicago’s aerial and panorama albums at Flickr, in our videos at YouTube, and in earlier posts.