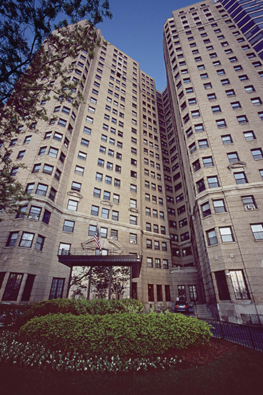 I couldn’t make it to yesterday’s 1400 Lake Shore Drive auction, but an intrepid Yo reader had my back.

Jameson and Fine & Co had planned to auction off 15 of RDM Development‘s condos subject to minimum bids, followed by another 15 contingent to seller reserves, but that’s not how things went down on Sunday, the tipster says. Sixteen units were auctioned during the minimum bid period, although that in itself is a little misleading — one buyer was allowed to purchase two one-bedrooms along with the two-bedroom he won during bidding, and another four “stepped up” to buy homes at certain amounts following winning bids from other buyers.

Three homes were sold during the reserve period, and one home — a studio — was sold in an “absolute auction” before the auctioneers called it a day.

After figuring in the 5-percent premium attached to each home purchase, the auction brought in a little under $3.5 million for homes once listed for a combined $6.35 million. All but three of the 20 homes sold are currently occupied by renters.

Our reader says the mood was more upbeat than at last month’s Prairie Pointe auction, although he did have some quibbles with the constant shuffling of units during the buyer’s choice bidding process (in which winning bidders get to choose from a pool of similar units) and a 15-minute delay due to technical difficulties. “This property, while in a prime location, had a lot of issues being a conversion with many units in original condition, odd floor plans, no parking available, and most of the units having renters,” he writes. “So, to get 20 sold is probably not that bad of a result.”

The unit-by-unit breakdown is available below.