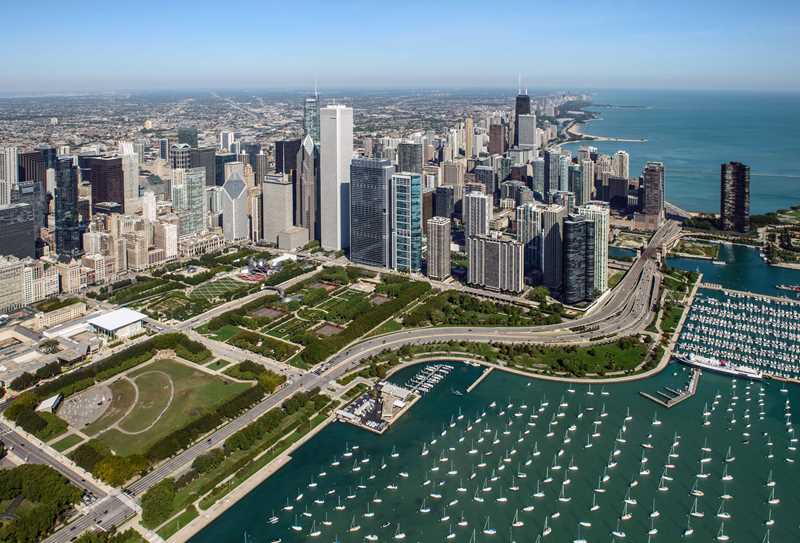 The 400 Condominium Association, 400 East Randolph, will mark its 50th anniversary on August 11th, 2013, from 4 p.m. to 8 pm with a special event at the Atlantic Ballroom in the Radisson Blu Hotel on North Columbus Dr.

The T-shaped 956-unit building opened in 1963 as the Outer Drive East Apartments, and converted to condominiums in 1973. It was the first building built east of Lake Shore Drive, and remains one of the largest residential buildings under one roof in Illinois and one of the largest of its kind in the country. After the mid-80s reconstruction of Lake Shore Drive, the building now lies to its west in the neighborhood that’s come to be known as the New East Side.

The celebration on August 11th will feature a cocktail reception for more than 700 residents and guests as well as entertainment and a formal program from 5:00 – 5:45 p.m. Among the many guests, several elected officials will join in the festivities including Congressman Danny Davis, State Treasurer Dan Rutherford, State Representative Christian Mitchell, County Board Member Jerry “Iceman” Butler and the Vice Mayor of Chicago Ray Suarez. 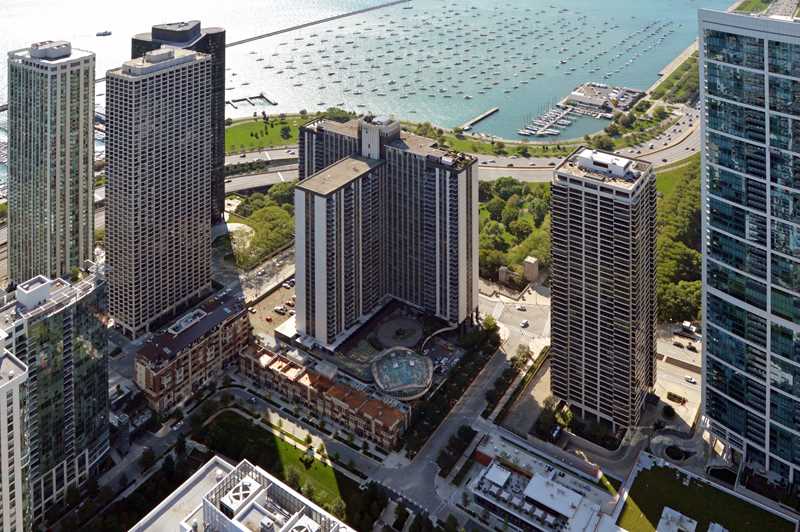 The building has undergone an award-winning $27.6 million renovation program which included a fully-renovated health and fitness facility, a complete make-over of all 32 residential hallways and significant infrastructure projects. 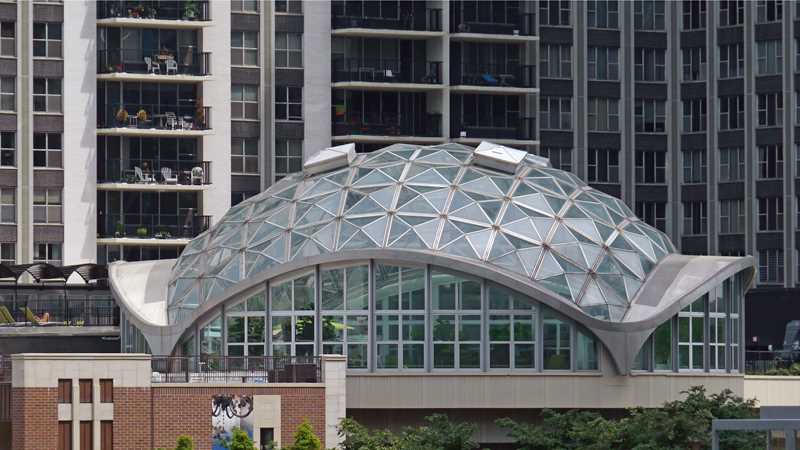 The building and its hallmark geodesic dome pool have played host to two movies over the years – Nothing in Common with Jackie Gleason and Tom Hanks, and Eyes of an Angel with John Travolta.

The building is managed by The Habitat Company. For more information, please contact Phil Pritzker, 400 East Randolph’s General Manager, at 312-321-0613 or by email.