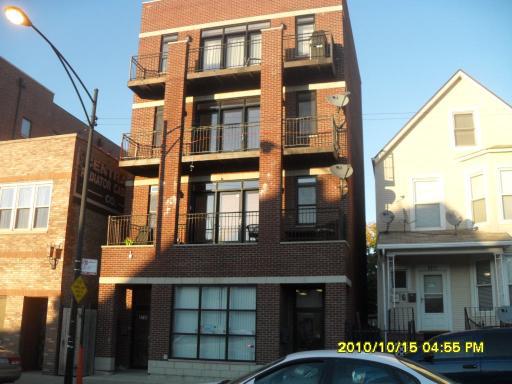 It’s difficult enough to fathom how anyone would spend $450,000 for a garden-variety 3-bedroom condo in the 3700 block of Elston Ave. It’s beyond difficult to understand why anyone would have done that in April of 2008.

Unit 2 sold for $418,500 in March of 2008, financed by a mortgage of $376,650. A foreclosure was filed a year later, but the buyer apparently remains in title to the property with the benefit of a loan modification increasing the mortgage amount to $426,432.

Units 2, 3 and 4 were sold at prices substantially in excess of contemporaneous sales of similar units on the same block of Elston.

The speed at which all four units went into foreclosure would seem to indicate that none of the buyers made a mortgage payment after closing despite having made – at least on the surface record of the transactions – substantial down payments.

I’ll leave it to readers to speculate about what actually transpired here. And no, I won’t volunteer my educated guesses. I’ll simply note that this story is repeated many, many times in many third-tier locations in Chicago. Is it evidence of a market meltdown, or of something else?