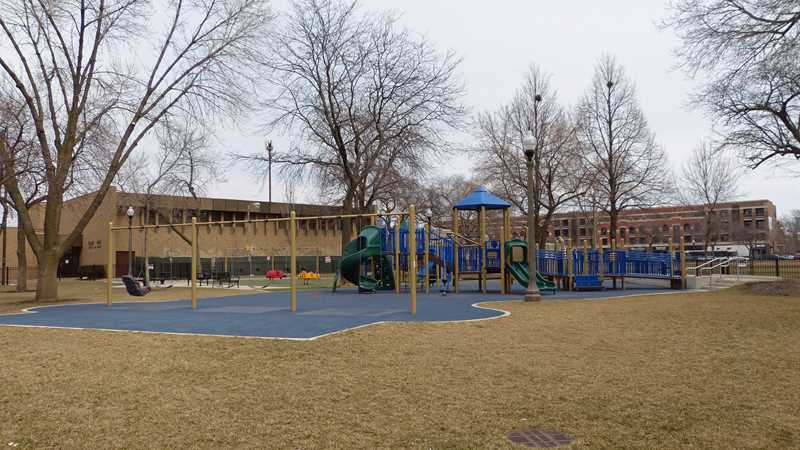 Five years ago we Chase Park and Chase Park Commons, a development of seven six-flats fronting the park on Clark Street in Ravenswood. The fifth of the six-flats was under construction and offered for sale at the time. The development can be seen in the background of the Chase Park field house and playground, above.

A sampling of sales at one of the six-flats indicates that units haven’t suffered the same deterioration in value experienced by other developments of the same vintage – 2005.

The 1,520 square foot 3-bedroom, 2-bath units included parking and private terraces overlooking the park. The building has an elevator.