A first look at the New City apartments

The New City apartment tower on the Near North Side is still under construction, prepping for mid-July occupancy.

Last Friday I met representatives of RMK Management at the on-site leasing trailer for a mid-day hardhat tour of the apartments.

The first of a number of surprises was that every apartment, including studios and convertibles, has a balcony. The east-facing apartments have sweeping panoramic views of the skyline, seen above, that are going to be even more spectacular when they’re lit by the late afternoon and early-evening sun. 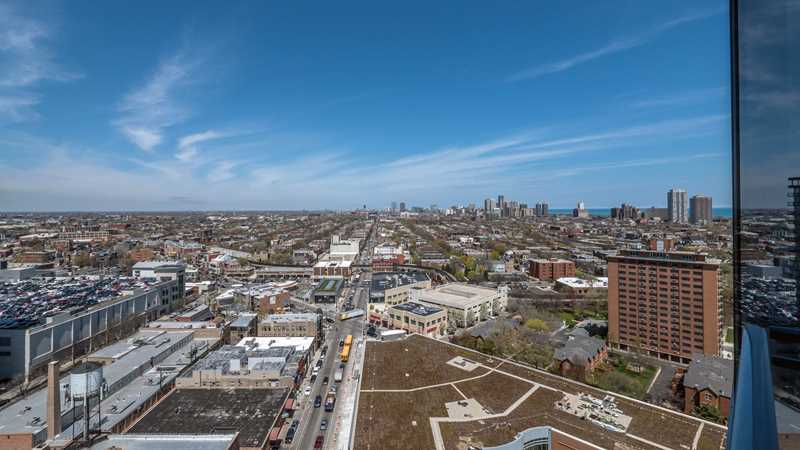 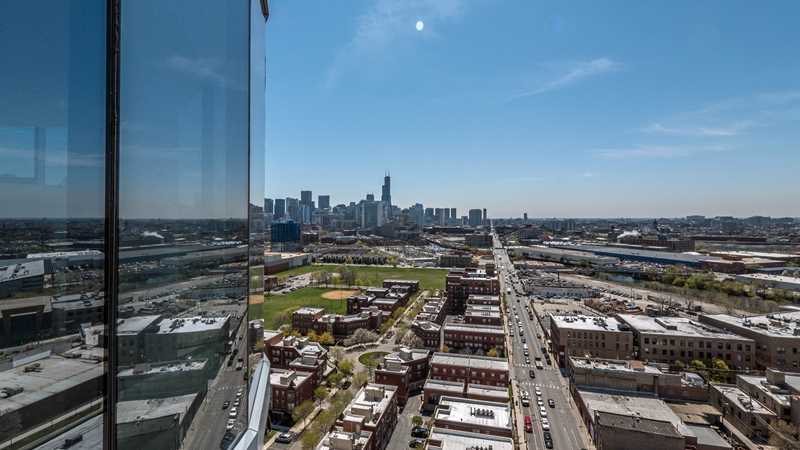 West-facing apartments have good views to the north and to the south as well as to the west. 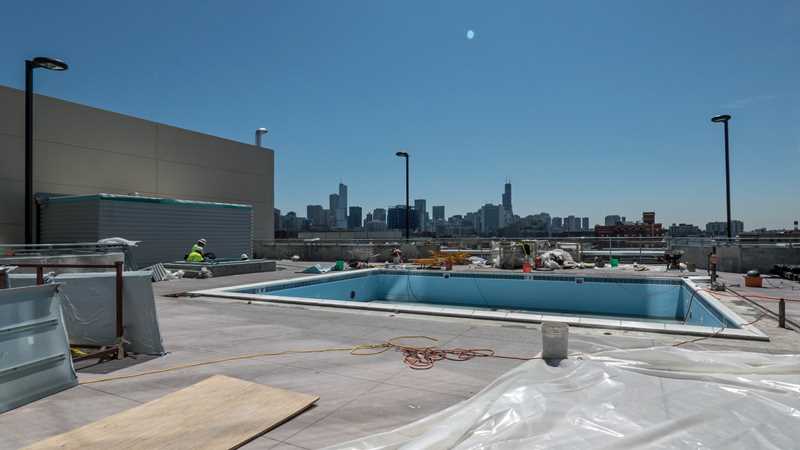 The fourth-floor pool deck also has a good skyline view. 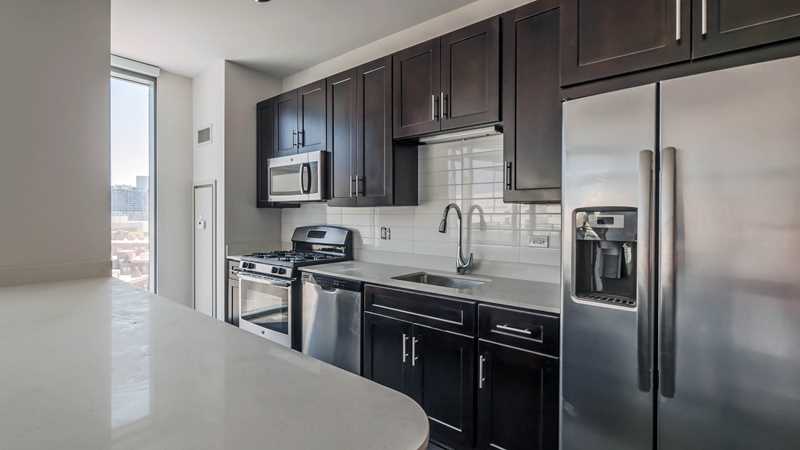 The apartments have an unusually high level of detailing. There are built-in desks, wine racks in the kitchens, designer finishes, and upgraded finishes at the 19th floor penthouse level. 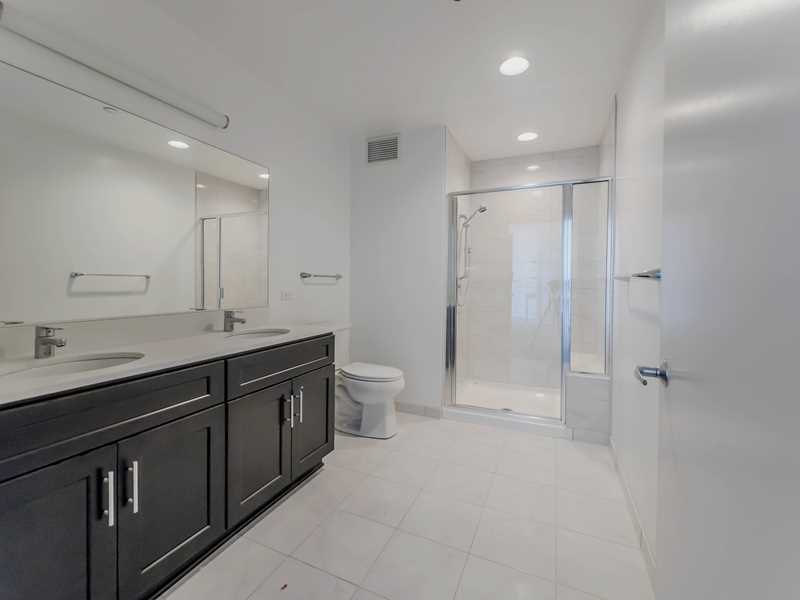 The bath, pictured above, in a one-bedroom plus den apartment, had a double-bowl vanity, a large walk-in shower with a bench, a medicine cabinet with dual-sided mirror and a high-style towel bar and toilet paper holder.

The Clybourn Corridor big-box retail outlets and the Steppenwolf and Royal George theatres are a short walk from New City. 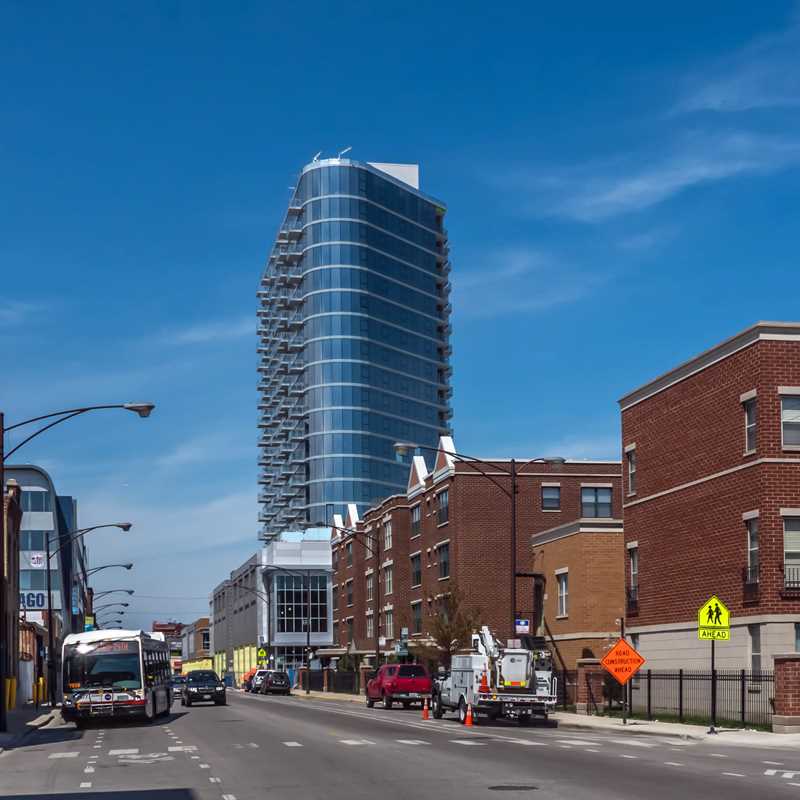 The CTA Red Line stop at North Ave is a block from the building. The #8 Halsted St bus stops outside the building and is a direct connection to Lincoln Park, Lakeview, River West, Fulton River District and West Loop restaurant and nightlife clusters and to the UIC campus.

The leasing trailer at New City recently opened just south of the building on Halsted St. Call 312-578-8444 to inquire about office hours or to schedule an appointment.