A homeless man builds a shelter in Wicker Park 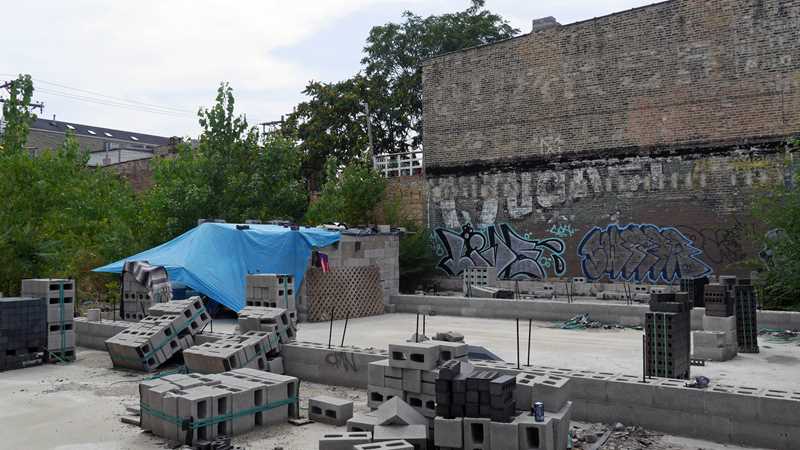 DNAinfo posted an article yesterday about Bruce Johnson, a 51-year old homeless man who had built himself a concrete block shelter from materials found on a foreclosed property in Wicker Park.

Meanwhile, his neighbors said they have “no problem” with Johnson and requested that his address not be revealed, for fear police would force him to leave.

“I think it’s cool he took advantage of it. The poor man is homeless, clearly. He doesn’t pay attention to anyone, he’s in his own little world, in his little mini-house,” said one neighbor who wished to remain anonymous. 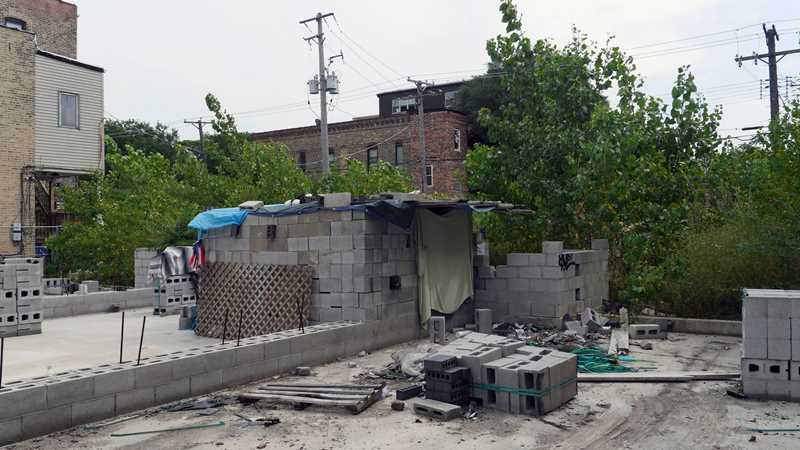 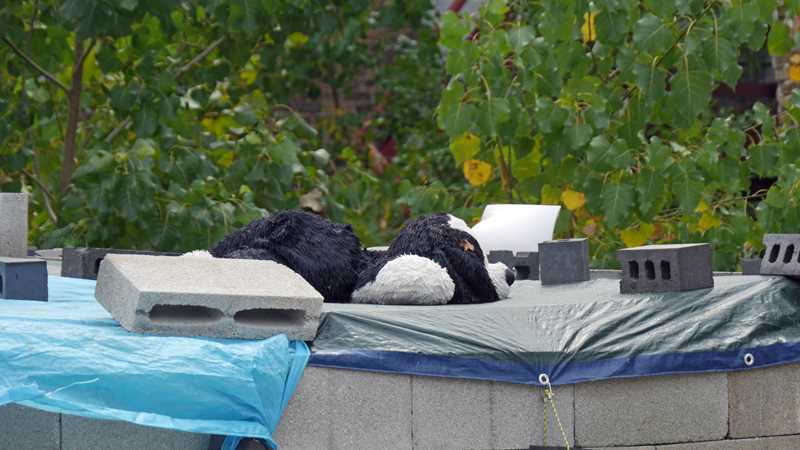 DNAinfo, honoring the request of neighbors, didn’t disclose the address (2341 – 2347 W North Ave) but it was easy enough to locate based on the description in the article. It was also easy to determine that Mr Johnson has an arrest record, a fact that apparently escaped the attention of DNAinfo and that would certainly be of interest to parents taking their children to The Kids’ Table two doors to the east.

The comments at DNAinfo reflect differing views about Mr Johnson’s presence on the site and, as of the time I checked yesterday evening, a stunning ignorance about the legality of his situation. You’ll find more pictures of Mr Johnson and the interior of his abode at DNAinfo.

Mr Johnson wasn’t home at the time of my visit. I phoned in a police report. It’s what anyone familiar with the typical realities of the situation would do. It’s what you should do if a homeless person takes up residence in your neighborhood.