A park bordered on 3 sides by parking lots 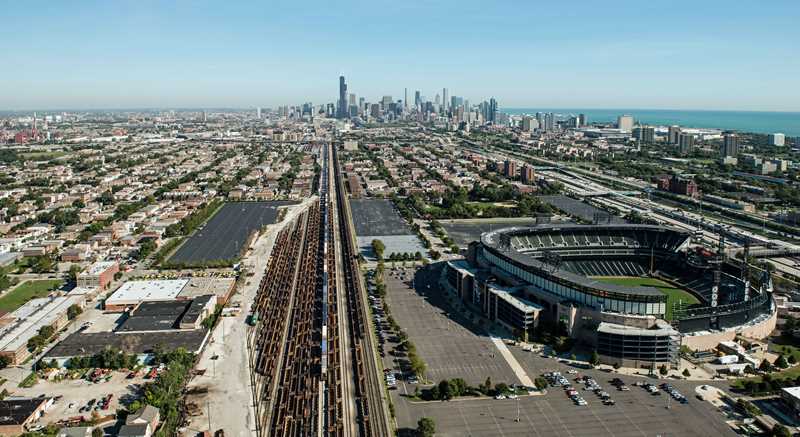 The neighborhood is also home to Armour Square Park, which was known variously as Park No. 3 and Armour Square, and was named for Philip Danforth Armour.

The park, which is listed on the National Register of Historic Places, spans a 10-acre site surrounded on three sides by parking lots for US Cellular Field. The park’s facilities help overcome its relative isolation. It boasts an outdoor pool, a playground, tennis courts, baseball fields and a field house with a fitness center, two gymnasiums, an auditorium and meeting rooms.

The National Register nomination document (pdf) contains a wealth of information about the park and its history – including the city dump that once formed its southern border.