A question for Why Berwyn is Berwyn, ¿por qué? 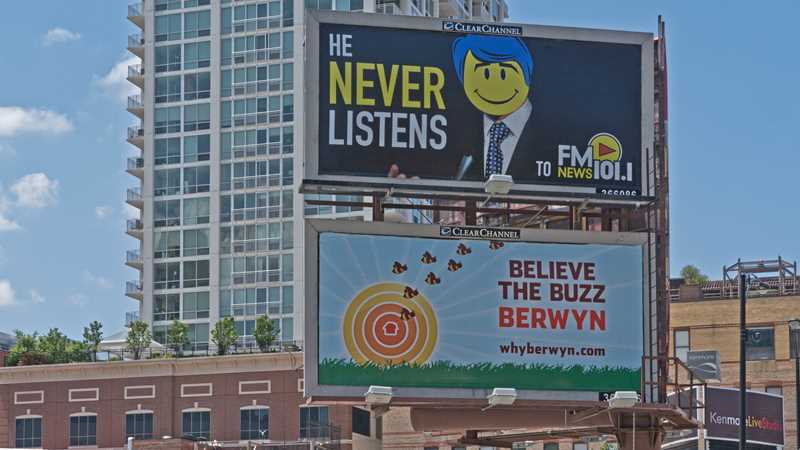 Berwyn’s “Integrated Marketing Campaign” is in its sixth year and, according to the Berwyn Development Corporation:

… the 2012 campaign continues to brand Berwyn as a top-choice destination for move-up and first-time homebuyers. The tagline – Believe the Buzz – delivers a confident message that highlights the livability of the Berwyn community and its growing cultural scene.

Berwyn continues to have a strong billboard presence in Chicago’s River North neighborhood, where YoChicago’s office is located. Berwyn’s mayor has said that its marketing “has been a huge success for our city.”

From 2000 to 2010 the Hispanic / Latino population of Berwyn increased from 38% to 59.4%, and 56% of the 5-year and older population speak a language other than English at home, according to US Census data.

If you visit the Why Berwyn website you’d be hard-pressed to discover any clues to the dominant ethnic character of the community, and one has to ask: Berwyn, ¿por qué?