A report from another discontented resident at Flats No. 5411 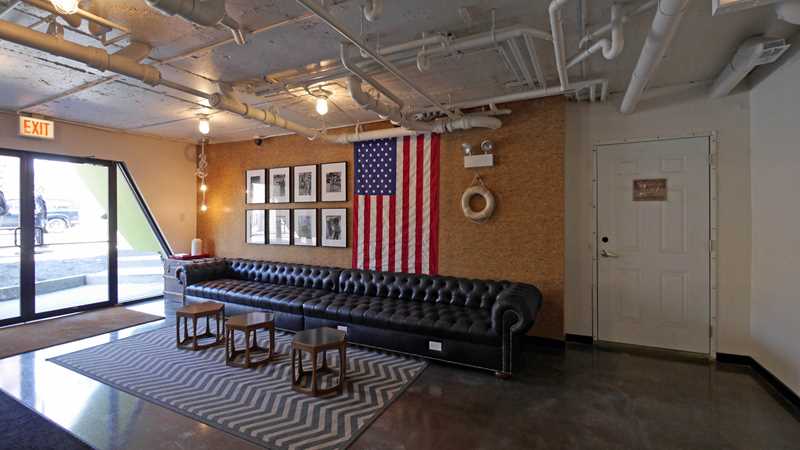 Less than two weeks ago we were shown around Flats Chicago’s 5411 N Winthrop by a dissatisfied resident.

Yesterday another disgruntled resident at Flats Chicago’s 5411 N Winthrop reached out by email to share the following experiences, which I’ve rephrased slightly without changing the substance:

The last time it rained in my bathroom at about 9 pm, they told me that they had spoken repeatedly with maintenance and no one would be available until the morning. They called me back three times, each time claiming they had tried to get maintenance to come out but no one was available. I was told, in effect, to wait until morning to use the toilet. I spoke to maintenance the next morning. No one had called them.

That life preserver in the lobby (pictured, above) might come in handy one of these days.

If you’ve had experience with Flats Chicago, write a review at Yelp. I’m looking forward to the wildly (and suspiciously) positive Yelp reviews that inevitably follow our reporting anything negative about a company.

Added 4/17: As expected, the first Yelp review of Flats appeared yesterday. It was from screen name Andrew J, writing his first-ever Yelp review:

These apartments are bea-u-tiful! I was skeptical based on all other reviews that I’ve seen whizzing around the internet, but after being in the space, and seeing the product with my own eyes, I was blown away. There is a washer and dryer in every unit (even studios); a state-of-the-art gym; the entryways are decorated to perfection; and the hallways are pumped with a “signature” scent. Pretty cool. The prices are a bit high, but it is well worth it. Your buying a lifestyle, and to me, that’s priceless.

Does anyone believe a disinterested renter wrote that?