A Via Como Due update, ten years on 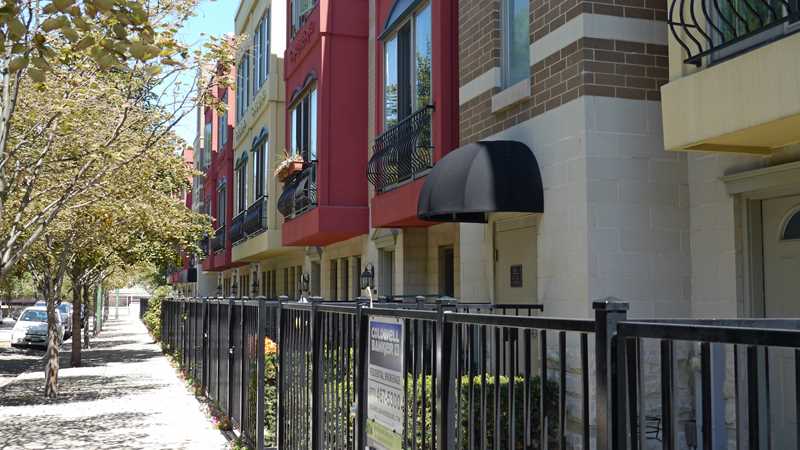 The 34 rowhomes in the Via Como Due development occupy part of the site of the Como Inn, a quirky, rambling Chicago icon for more than 70 years until it closed in 2001.

Via Como Due was completed in 2002 and units sold fairly rapidly at the time, with most of the sales in the $500K to $600K range. In tribute to the site’s history, exteriors have a vaguely Italianate look.

Belgravia Group, one of our sponsors, received a Silver Key Award for “excellence in housing design” from the Home Builders Association of Greater Chicago, and a Good Neighbor Award from the Chicago Association of Realtors, for the project. 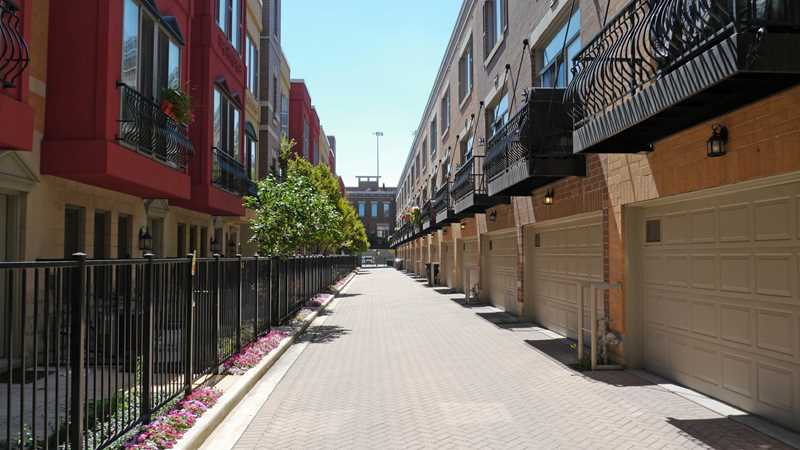 The project is located at the far northwest corner of the Fulton River District, in the 500 block of North Peoria, just west of Milwaukee Ave. It’s a short walk from the CTA Blue Line stop at Milwaukee and Grand. There’s a cluster of interesting restaurants and bars at that intersection.

Units are owned in fee simple with a homeowners’ association, and have 3 bedrooms, 2 ½ or 3 ½ baths, first-floor family rooms, 2-car garages, and a small yard. Private roof decks afford excellent skyline views from some of the units.