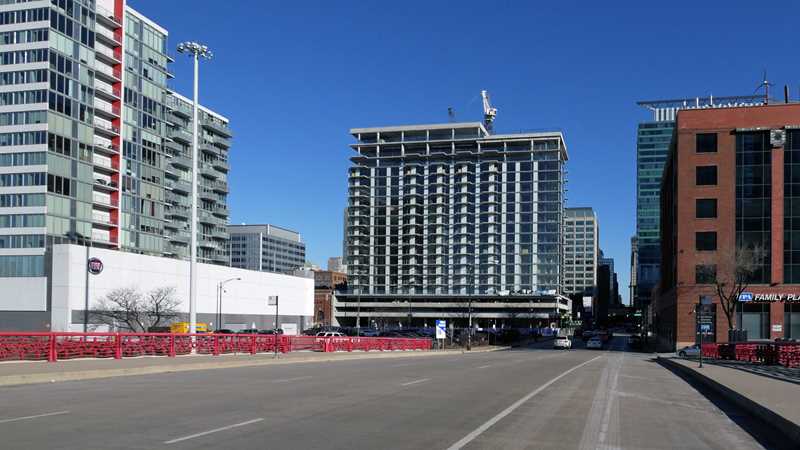 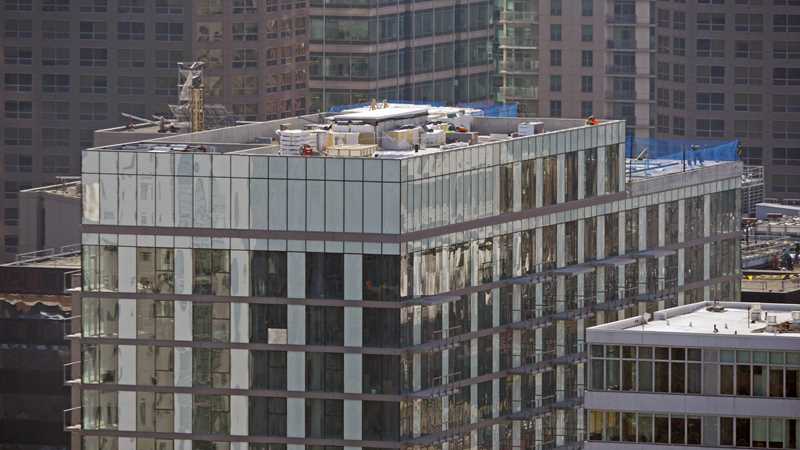 Late in December we made the rounds of the new apartment projects underway in the West Loop. On Monday we took an updated look at some of them, from ground-level and from a penthouse at K2 Apartments in the Fulton River District. December’s images are on the left, Monday’s on the right. Click any of them for a larger version.

While the large new apartment projects are the focus of attention, a number of out-of-the-limelight infill projects are quietly adding a significant number of new units to the West Loop market.

Catalyst (above) was topped out at 123 N Desplaines St when we visited in December. It’s since been fully closed in, has begun a pre-leasing program and is promising occupancy beginning in June for its 223 units. 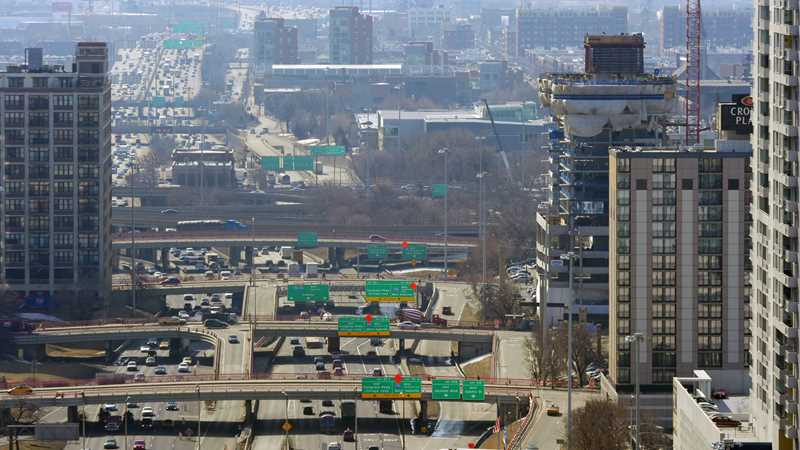 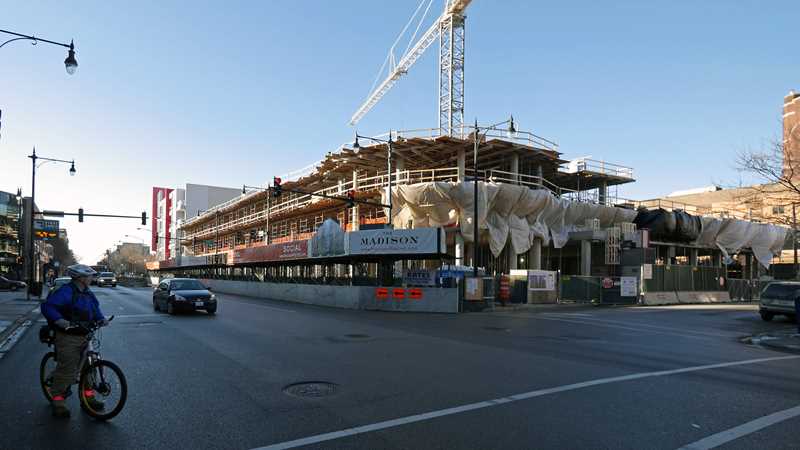 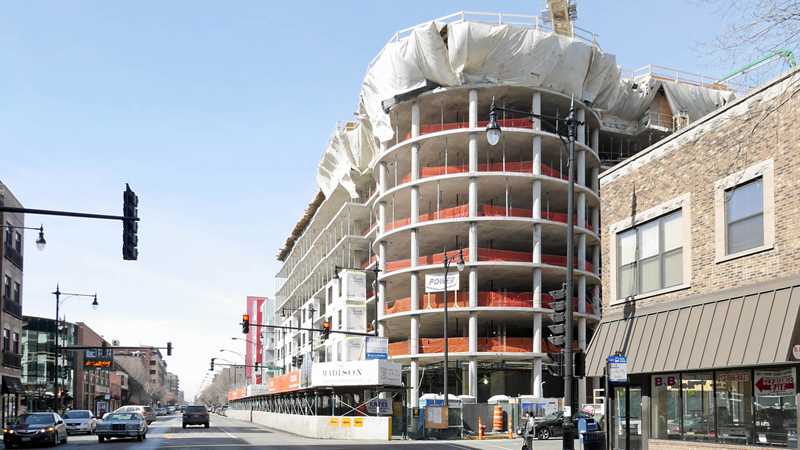 The Madison, 1212 W Madison, has added 5 stories and is one shy of its 9-story terminal height. The project’s website is projecting occupancy beginning in the fall of 2014 for its 216 apartments. 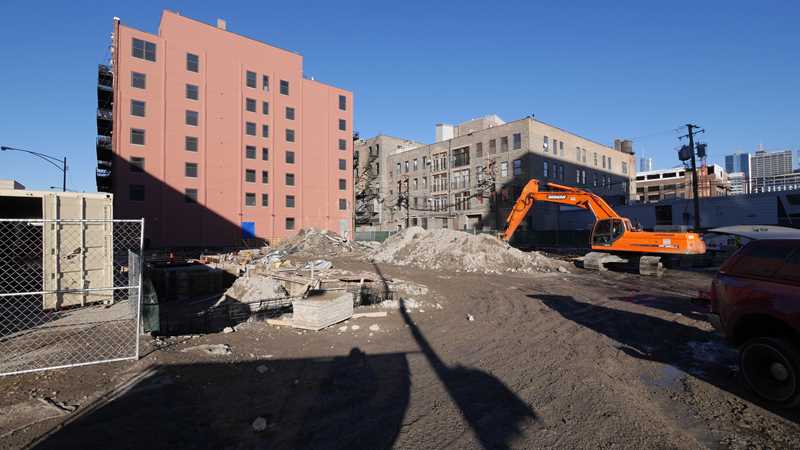 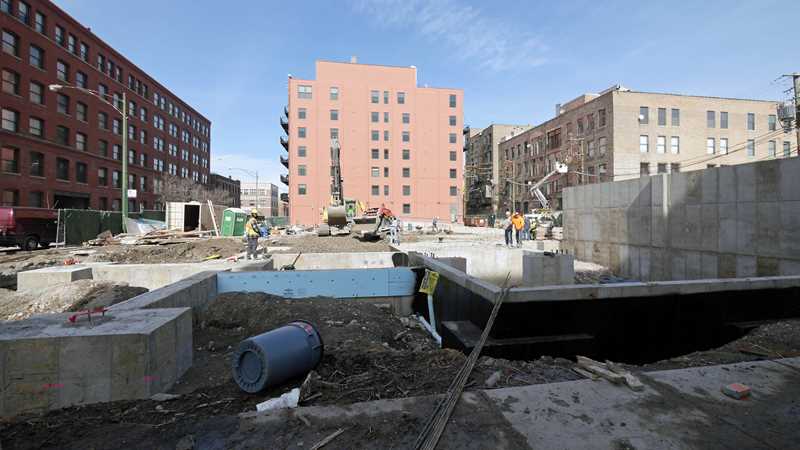 Construction had just begun in December at 922 W Washington St on Circa 922, an 11-story addition of 104 units to an existing 45-unit loft building at 123 North Sangamon. On Monday foundation work was still underway. 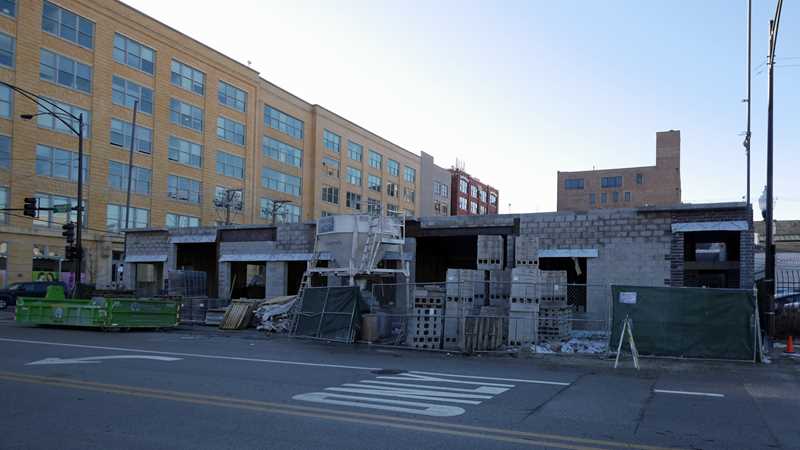 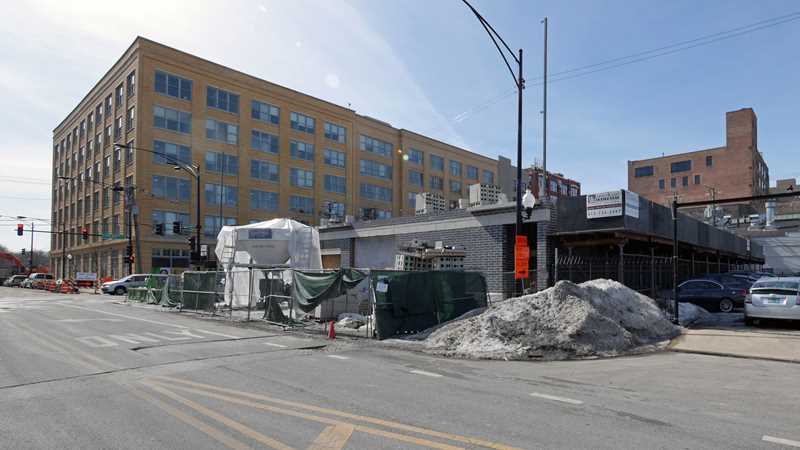 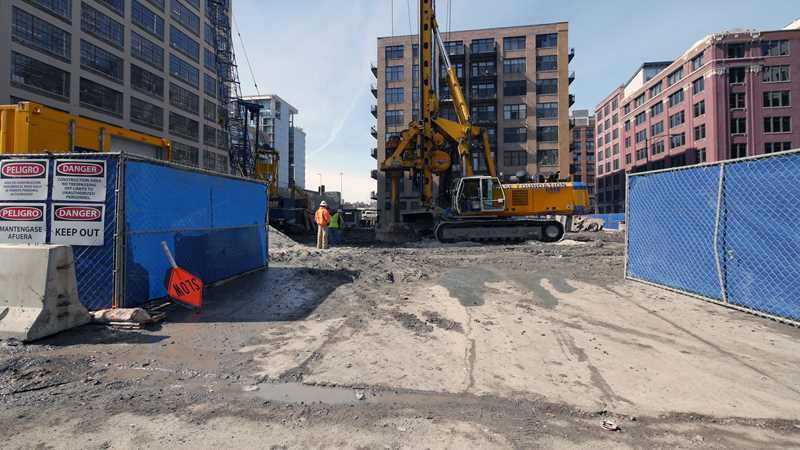 Earlier this year we reported that financing had been secured for 601 W Jackson, a 15-story, 198-unit apartment tower. Drilling rigs were on-site Monday boring foundation caissons.

You can see all of the currently active and proposed West Loop apartment projects at our at-a-glance list of new downtown apartment developments.