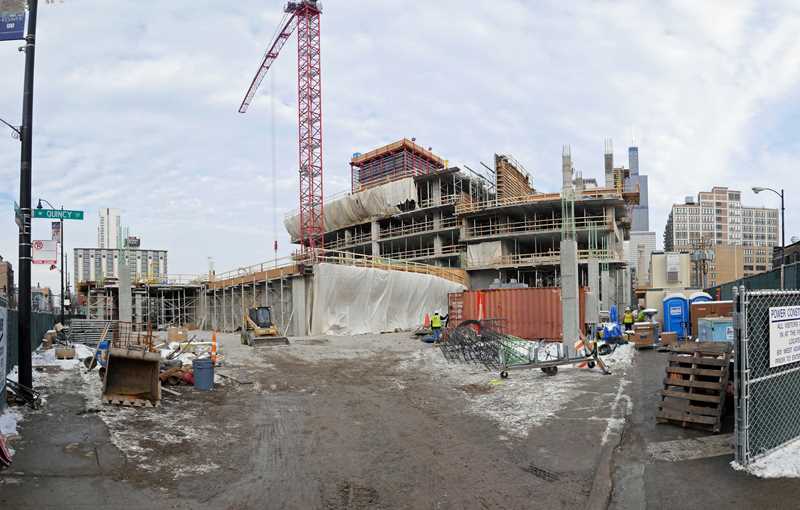 The West Loop is currently Chicago’s highest-energy neighborhood, with dozens of apartment, office, hotel and restaurant developments currently in progress.

I stopped by last Friday for a look at a few of the residential projects, beginning with Arkadia, which is rising quickly at 765 W Adams. 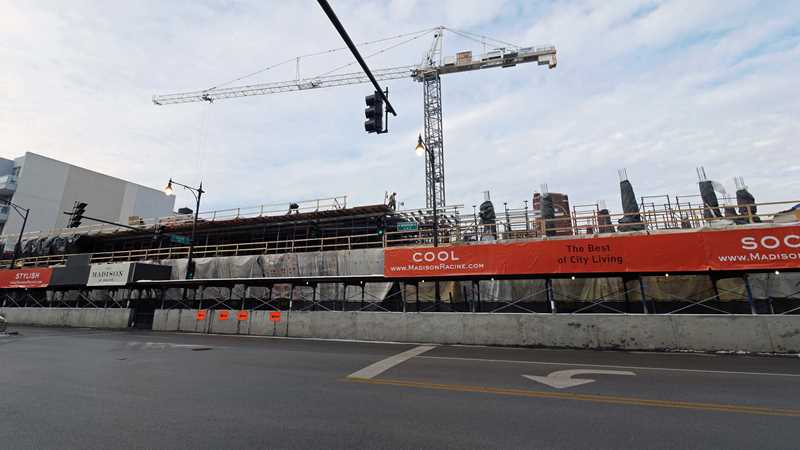 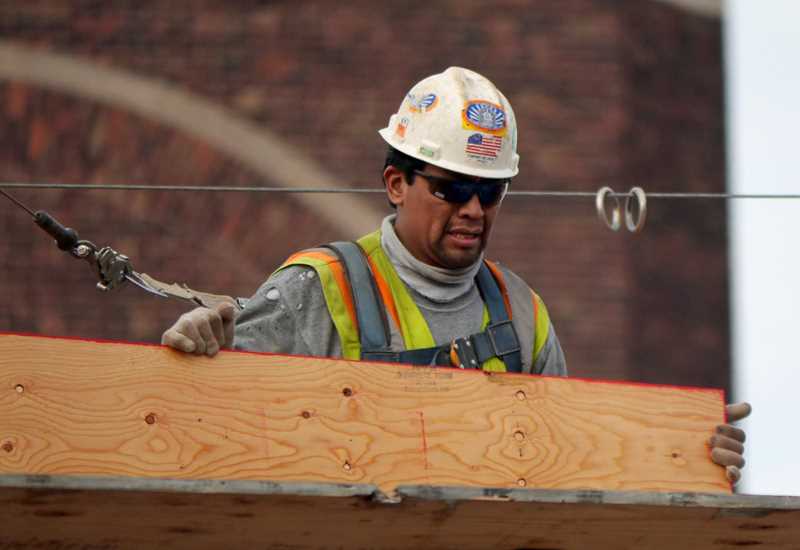 The Madison at Racine is also out of the ground and slated to open in the fall of 2014. I wouldn’t envy a carpenter wrestling a sheet of plywood in a cold wind. 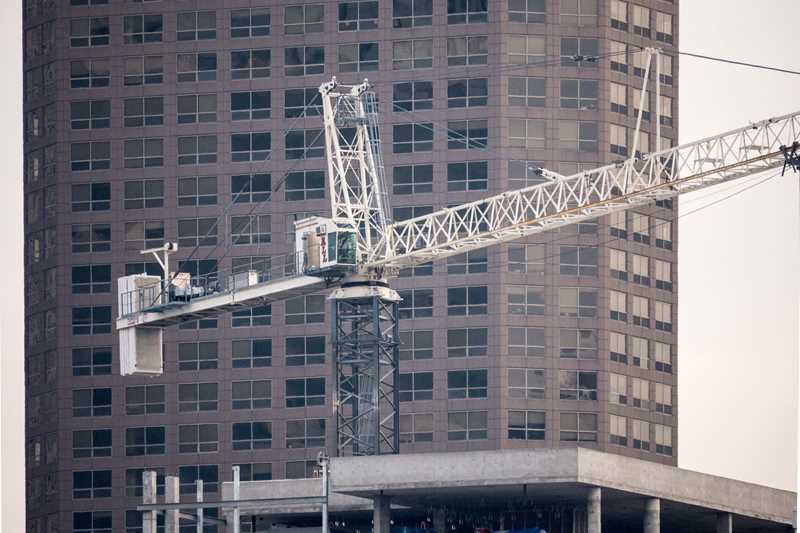 Catalyst, 630 W Washington, is topped out, nearly all closed in, and targeting summer 2014 occupancy. 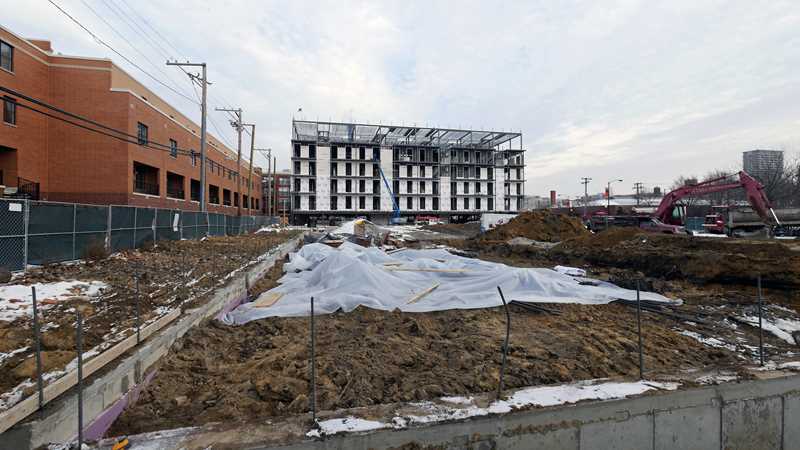 CA3 sold out its 40 units at Adams and Aberdeen earlier this year, before construction had begun. The project is topped out. In the foreground you can see what appear to be foundations for the 50-unit CA on Adams. A majority of those units are under contract pre-construction. 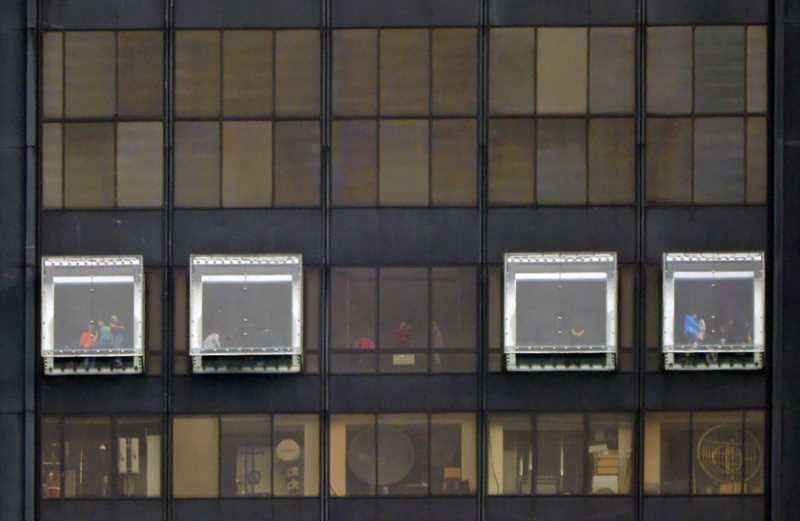 I paused for a view of The Ledge at Willis Tower while at Arkadia.