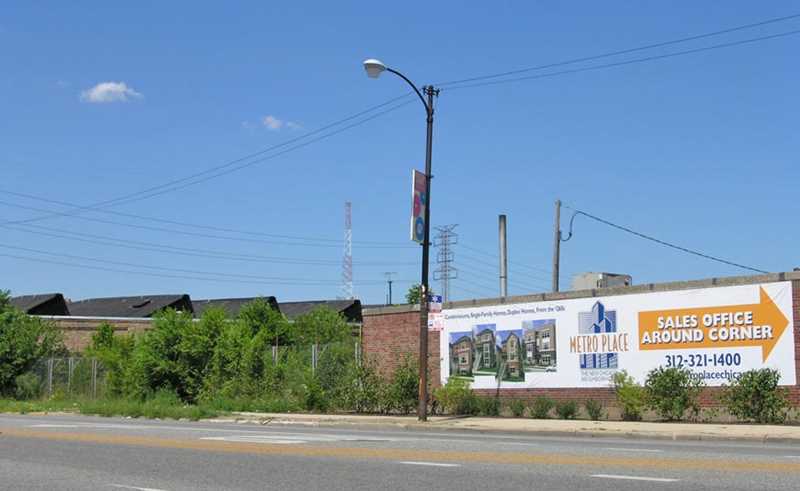 Crain’s is reporting that 4.67 acres of vacant land is available at Metro Place, a failed development on the Near West Side. The asking price is $1.65 million, and current zoning allows for development of an additional 127 homes. According to Crain’s:

A venture led by Mr. McLean, president and CEO of Chicago-based MCL Cos., built just 17 houses and a six-unit condominium building on the property before defaulting on a $17 million loan and losing the property to foreclosure. All of them have sold.

A year ago we checked in on resale prices at Jackson Square at West End, another failed development on the Near West Side. You can hop in the car with Joe Askins, our former editor, for a video tour of Jackson Square and the nearby Heritage Homes in the following video:

When I visited Jackson Square last July, I took the following shot of the recently-closed Felony Franks, “home of the Misdemeanor Wiener,” directly across the street.