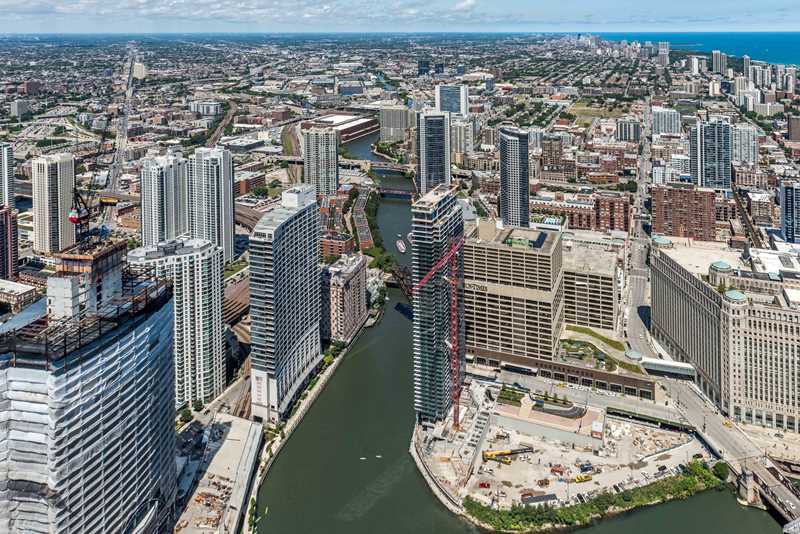 YoChicago took to the air last Wednesday with a goal of shooting a view of the new high-rise apartment projects underway in downtown Chicago. Our definition of “downtown” spans the area from the Stevenson Expressway north to North Ave (1600 N) and from Lake Michigan west to Ashland Ave (1600 W).

We managed to shoot every new downtown high-rise and we’ve added photos of almost all of them to our Aerial Chicago 2015 album at Flickr. Browse the album for views of new construction and some views of Chicago’s dazzling skyline. Here are a few of the new apartment projects underway, beginning with Wolf Point West, above: 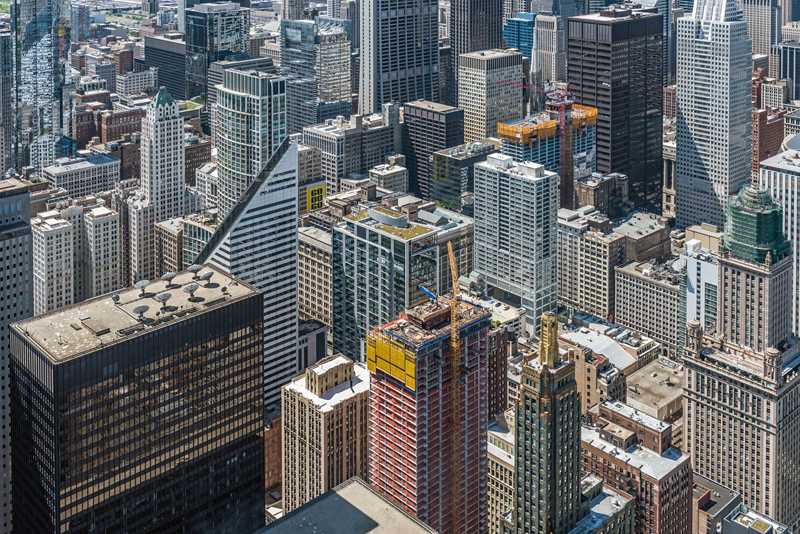 200 N Michigan Ave and Block 37 apartments in the Loop. 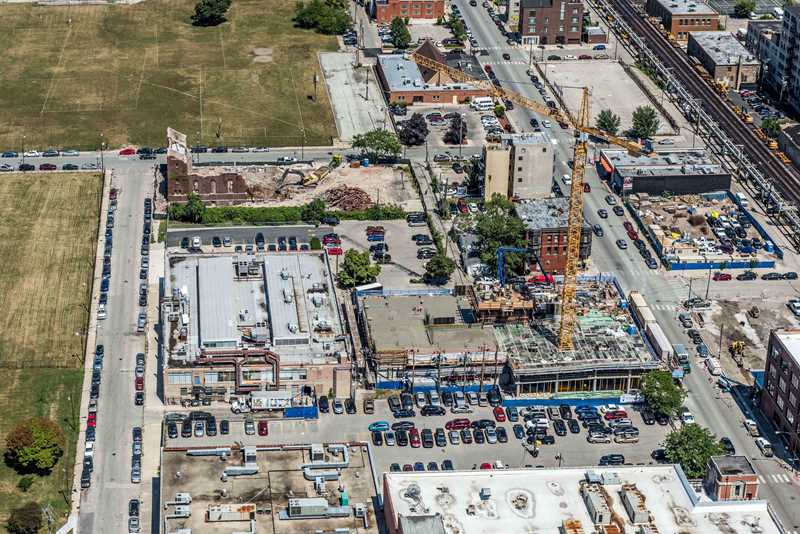 Next, 347 W Chestnut, new apartments by Fifield Companies. A few doors away St Dominic’s Church is being demolished to make way for new condos from Belgravia Group. 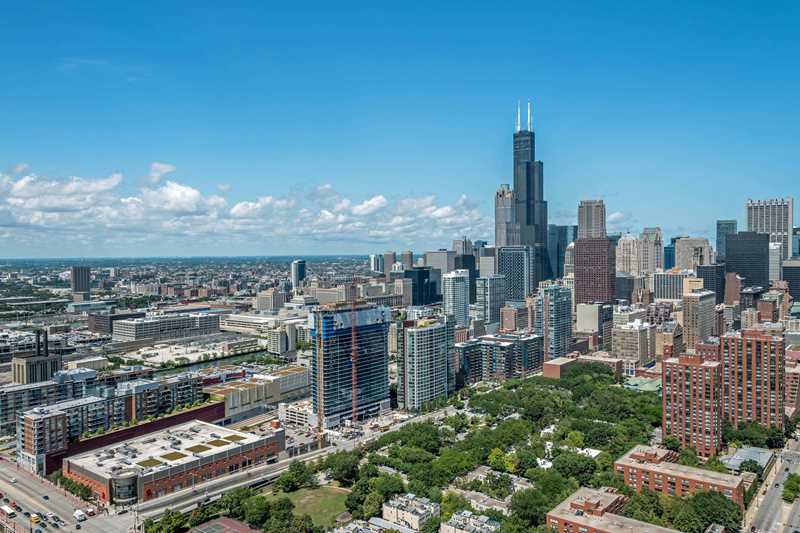 New apartments at 1000 S Clark St in the South Loop. 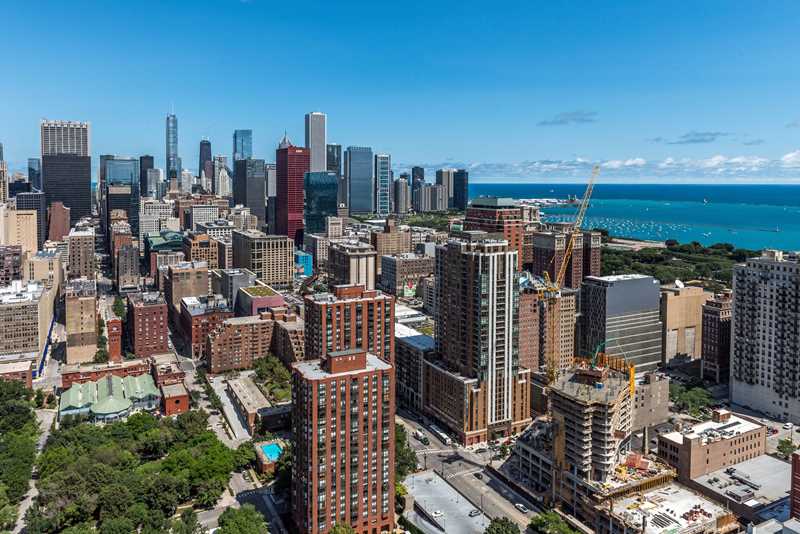 New apartments at 1001 S State St in the South Loop. 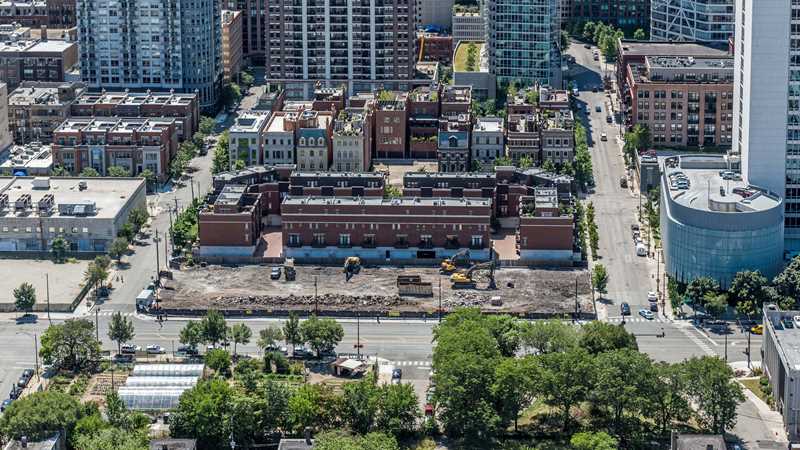