We’ve recently written quite a bit about new apartment developments in the West Loop, but new infill condo projects have also been in the works and selling quickly.

We shot this photo of Belgravia Group’s CA3 last week. It was sold out pre-construction, and the following update on the development comes from FitzGerald Associates, the architecture firm for the project:

… Belgravia Group’s CA3 has topped out, and Maris Construction is guiding its crews through the completion of the exterior envelope and window installation. The development, which builds on the success of nearby CA23, is a six-story, 40-unit building at Aberdeen and Adams streets in Chicago’s West Loop. The new building shares much with its predecessor, including first-floor secured parking and distinctive through-unit floor plans that provide residents with two private outdoor spaces and city views looking east and west. Second floor units include terraced patios, and penthouses include private rooftop decks. The large floor plans target families and households seeking three bedrooms who are attracted to the urban West Loop neighborhood.

Visit FitzGerald Associates’ website for updates on several of its other projects. 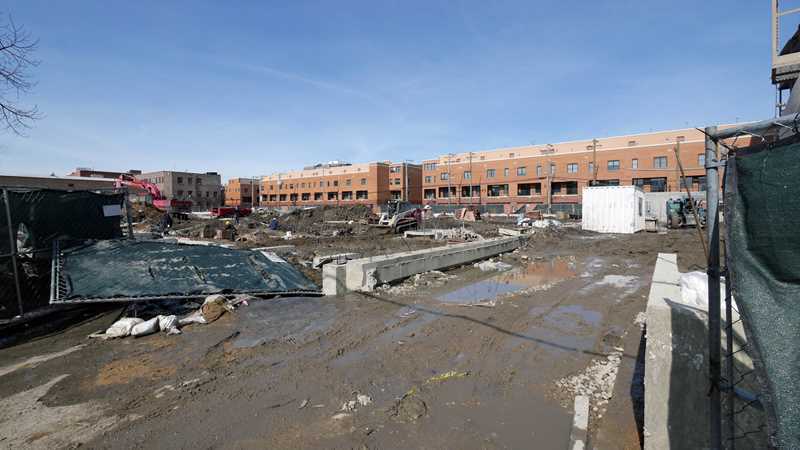 Foundations are in the ground for CA Condos on Adams, another development similar to Belgravia Group’s sold-out CA23 and CA3 projects in the West Loop. According to Belgravia’s website, all of the units are under contract at prices ranging from $624,900 to $1,689,800.